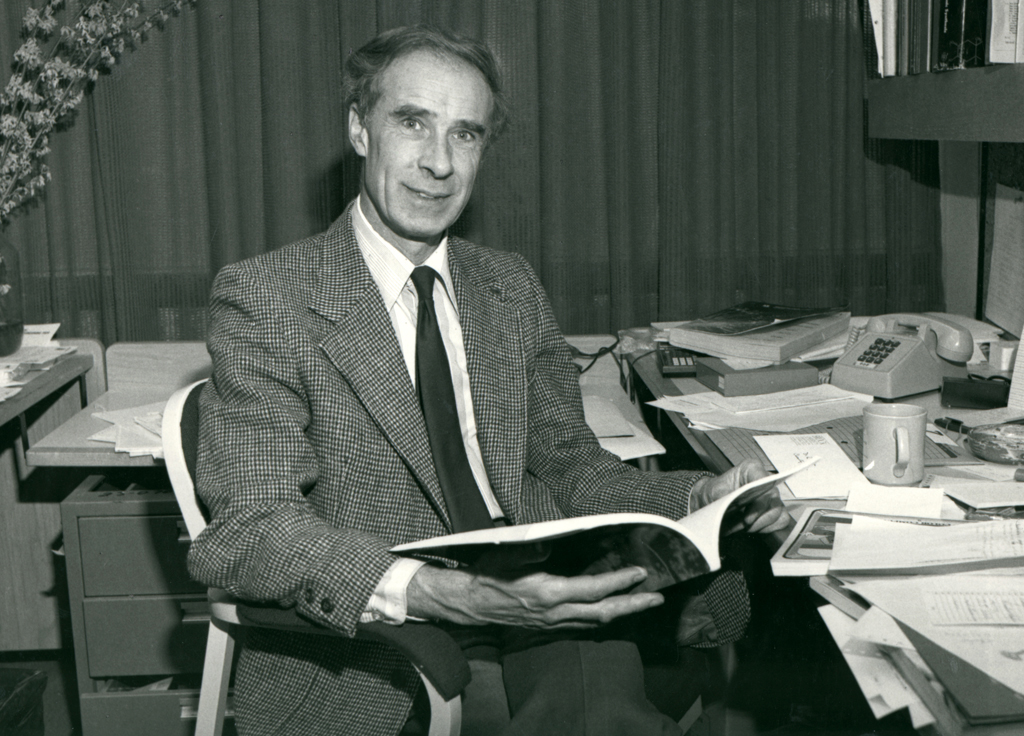 Martin Gibson, former Dean of the Faculty of Mathematics and Science, in 1984.

Brock University is saddened to learn of the death of Martin Stewart Gibson, Professor Emeritus and former Dean of the Faculty of Mathematics and Science.

Gibson passed away peacefully at his residence on Tuesday, May 1 at the age of 89.

A graduate of Oxford University, he taught Chemistry at Manchester University before immigrating to Canada where he taught at Brock until his retirement.

Professor Emeritus of Chemistry Ian Brindle remembers meeting Gibson in 1968 as a research technician when they were both living in Manchester. They moved to Canada the same year, only a few months apart. Gibson was Brindle’s MSc supervisor and the two worked together at Brock for a number of years.

“He was a really, really good teacher. My kids got to know him and all three said that he reminded them of Mr. Rogers. He was a very gentle, soft-spoken guy,” Brindle said.

“I benefited enormously from having him first as a mentor, and later a friend. He was well known in the University community. It was a great loss.”

A year after moving to Canada, Gibson became Chair of the Department of Chemistry. Seven years later in 1976, he took on the role of Dean, Faculty of Mathematics and Science — a position he held until 1984.

During his time as Dean, he served the Faculty in many ways, promoting research and emphasizing the importance of teaching and learning. After taking a chance on a then young Canadian institution, he encouraged others, including Brindle, to do the same. He inspired those around him and is warmly remembered.

A Celebration of Life will be held on Sunday, May 27 from 11 a.m. to 1 p.m. at the Royal Henley retirement community.