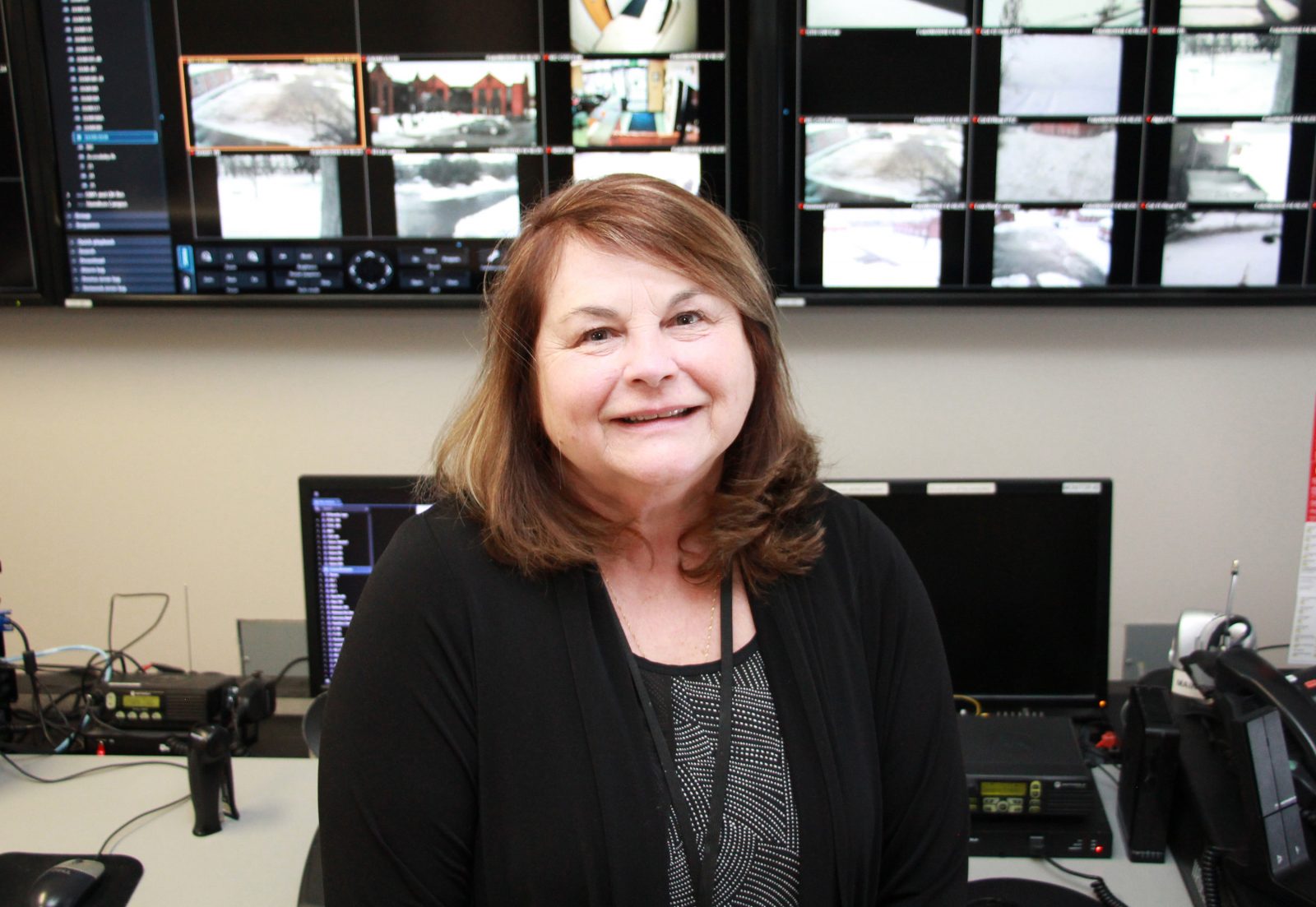 When someone walked into the Campus Security Services (CSS) office, it was her smiling face who greeted them. If they called the office, it was Elliott’s calming voice they heard on the phone.

After 14 years of service as Administrative Assistant for CSS, and nearly two decades at Brock, Elliott retired at the end of December.

As the office’s first point of contact, it was important to Elliott that she provided the best service she could.

“No matter the situation, or how volatile it was, I always remained calm and friendly,” she said. “I assisted people the best way I could.”

During her time with CSS, Elliott experienced a wide variety of situations from inclement weather to campus power outages to having a suspicious package discovered on campus. She also helped countless people seeking lost belongings, inquiring about campus parking and reporting incidents.

Elliott still remembers the time a student’s aunt called in a panic, trying to get in touch with her nephew for a family medical emergency. After helping the family connect with the student, the aunt wrote to the CSS director calling Elliott “helpful, empathetic and understanding.”

Prior to beginning her role with Campus Security Services in 2003, Elliott was employed through Temporary Employment Services from 1999 to 2000, performing administrative duties at 24 different departments across Brock. After accumulating enough hours to apply for a permanent position, Elliott secured administrative assistant roles in Procurement and the Office of Research Services.

Her early career involved working as an educational assistant and family respite provider, as well as in administrative roles with public schools and a board of education.

Even with her varied experience, Elliott said working for Campus Security was unlike any other role she held at Brock.

“It’s an interesting job, but you can’t talk about it,” she said. “Every day I dealt with confidential, sometimes highly sensitive information.”

Although she officially retired at the end of 2017, Elliott is employed two days a week with CSS to help with the new administrative assistant’s transition and complete some important project milestones.

In her new-found free time, Elliott swims, plays the guitar and spends quality time with her four grandchildren, three daughters and her husband, Raymond. A fifth grandchild is due in March.

She also plans to continue volunteering with the MS Society of Canada and the Heart and Stroke Foundation.

“I loved my position,” she said. “Donna Moody is an excellent Director and I feel privileged to have worked for her. Under her leadership, I’m proud to say that I’ve played an important role in implementing positive, efficient changes.

“Although I look forward to retirement and spending more time with my family, I will miss the family I made at Campus Security.”