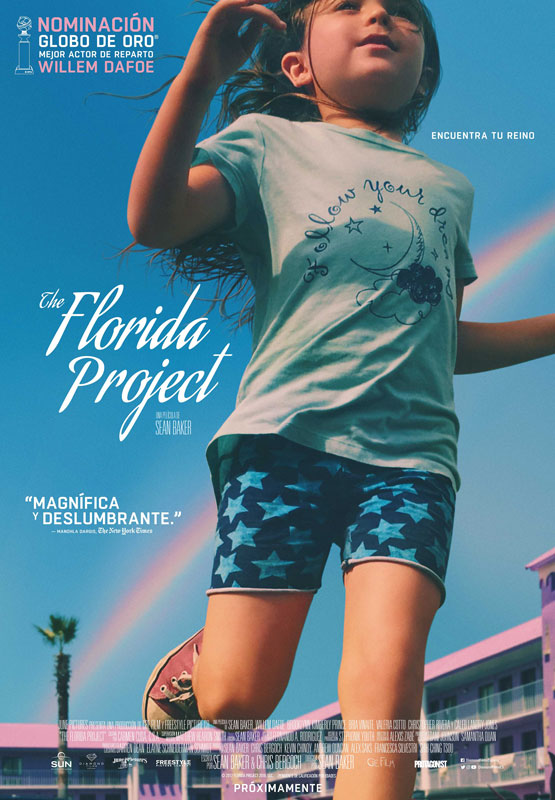 The Brock University Film Series continues this week with The Florida Project, which will be screened Wednesday, Feb. 21 at 7 p.m.

The Florida Project writer/director Sean Baker first gained notoriety with Tangerine (2015), a gritty tale of love and friendship within Hollywood’s transgender community that was shot entirely on iPhones. This time, Baker has returned with a poignant film about the struggles and challenges faced by the underclass who live in the shadows of Orlando’s garish Walt Disney World complex. The fact that the film’s protagonists live in a motel called the Magic Castle that sits just miles from the Magic Kingdom makes things all the more poignant. But while The Florida Project tackles serious issues, it does so largely from the perspective of Moonee, a rambunctious six year old who spends her summer getting up to all kinds of adventures and trouble. The results of Baker’s approach have been described as “risky and revelatory.”  Willem Dafoe co-stars as Bobby, a harried, but caring, motel manager — a role that has earned him another nomination for Best Supporting Actor at this year’s Academy Awards, his first since Shadow of the Vampire (2000).

For more than 40 years, the Department of Communication, Popular Culture and Film has hosted Brock’s film series to bring some of the best in international, independent and Canadian cinema to St. Catharines. Films, all selected from the TIFF circuit, screen most Wednesdays until April 4 at the Pen Centre’s Landmark Cinemas.

Tickets for each screening are $10 for adults and $5 for Brock students and can be purchased in the lobby of Landmark Cinemas each Wednesday night. Season tickets are also available. For more information and a full lineup, see the BUFS website.