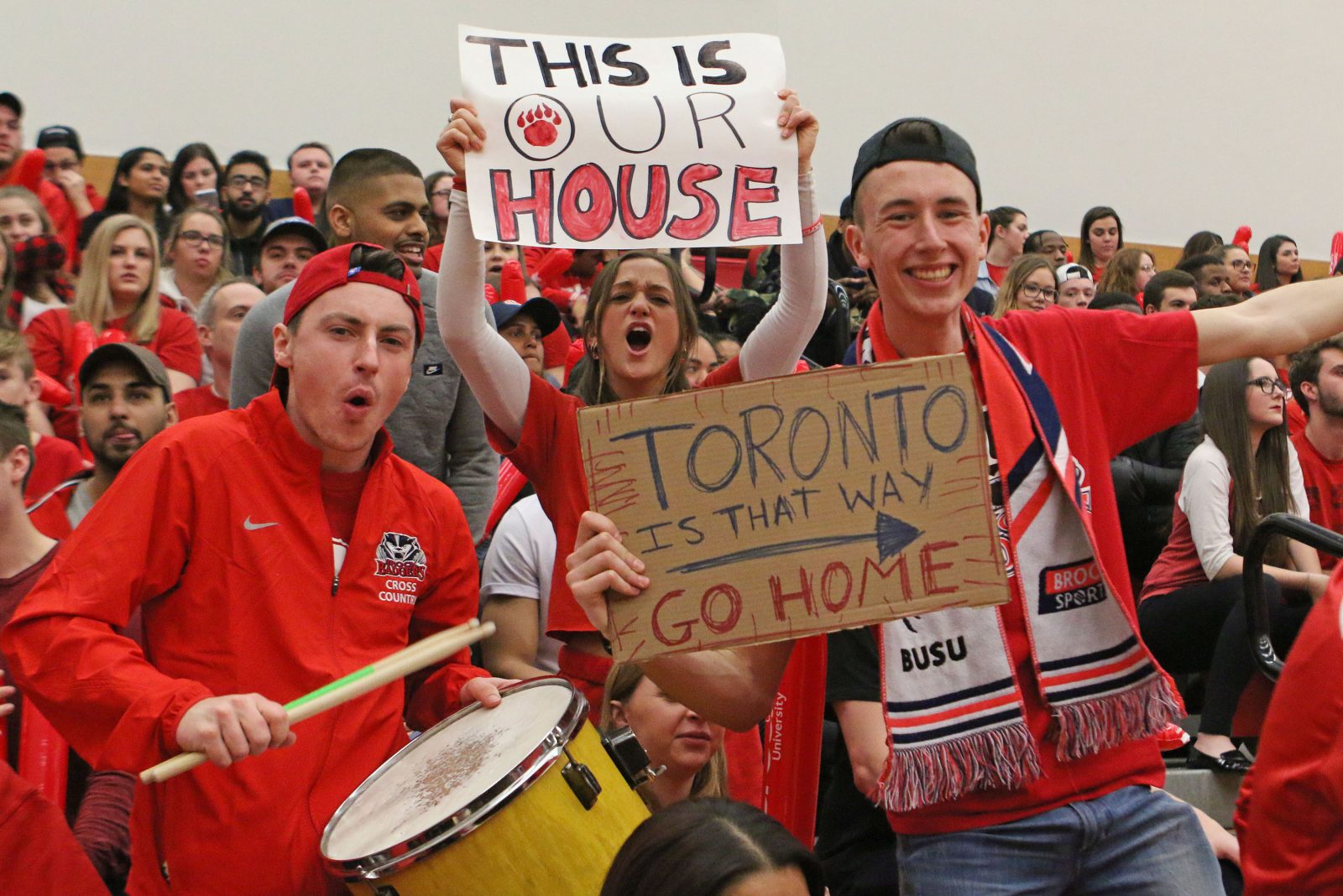 A packed house of enthusastic fans took in the Badgers OUA semifinal game against Ryerson at Bob Davis Gymnasium Wednesday.

In the span of less than an hour Wednesday night, the Brock Badgers enjoyed both the thrill of victory and the agony of defeat.

With trips to the USPORTS National Championships within reach for both teams, the Brock men’s hockey and basketball teams played crucial Ontario University Athletics playoff games, but only one came away with the outcome it wanted.

The Badgers men’s hockey team opened its best-of-three OUA West final series against the York Lions with a dominant 6-2 win on the road Wednesday night and will have a chance to complete the sweep at home Friday.

“The team played hard and getting off to a good start was key,” said head coach Marty Williamson. “After that, Clint Windsor stood tall for us in goal.”

It was a huge win for the underdog Brock squad, which is trying to earn its first OUA Championship berth, which comes with an automatic entry into the USPORTS Nationals, in 10 years. Game 2 in the series is back in Niagara Friday, March 2 at 7:15 p.m. at Seymour-Hannah Sports and Entertainment Centre. Game 3, if necessary, is Saturday in Toronto.

But while the hockey team was celebrating in Toronto, the Brock men’s basketball team was forced to wonder what could have been after a heartbreaking 69-63 loss to the Ryerson Rams in the OUA semifinal.

A win would have earned the Badgers a trip to the OUA final against Carleton and an automatic berth into the Nationals in Halifax March 8-11. Instead, Brock will wait to learn whether a wild-card entry to Halifax has been earned. 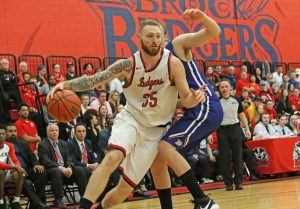 “It’s extremely frustrating. It was a game we knew we could win,” said senior Dani Elgadi, who led the Badgers with 20 points and eight rebounds in the loss. “The crowd got us a little hyped and we were edgy in the first quarter. It just took us a while to settle in.”

Brock trailed Ryerson early in the game, but came back to tie it at 16-16 and led 21-20 after the first quarter. From there, a combination of foul trouble and a frustrating lack of shots dropping allowed the Rams to take a 34-23 lead by the six–minute mark of the second and a 39-35 lead at the half.

An even third quarter didn’t change the margin, and then more shooting struggles — both from the floor and at the foul line — continued to hurt the Badgers in the final quarter. A three-pointer at the buzzer from Ibrahim Ngom helped close the gap slightly, but it would have to have been a nine-pointer for it to have made a difference.

As Ryerson players and coaches poured onto the court, the Badgers gathered at centre court before being consoled by fans and family.

Behind Elgadi, Tyler Brown had nine points and Johneil Simpson had eight. For Ryerson, Ammanuel Diressa led his team with 19.

“We didn’t shoot the ball very well today,” he said. “We don’t have any excuse for missing open shots. At this level, if you want to win a national title, you have to hit those.”

Kissi said the team will do its best to forget about Wednesday’s loss and refocus on the wild card slot.

“We’re not done yet,” Elgadi said. “We have a mission. We’ve always wanted to go to Nationals. So if we get that opportunity with the wild card, we’ll take advantage of it.”

Note: During the basketball game, three of Brock’s championship-winning varsity teams were recognized. The Badgers men’s and women’s wrestling teams both won USPORTS national championships recently while the Badgers men’s curling team won an OUA provincial title and will compete in the nationals March 24 to 28 in Alberta. 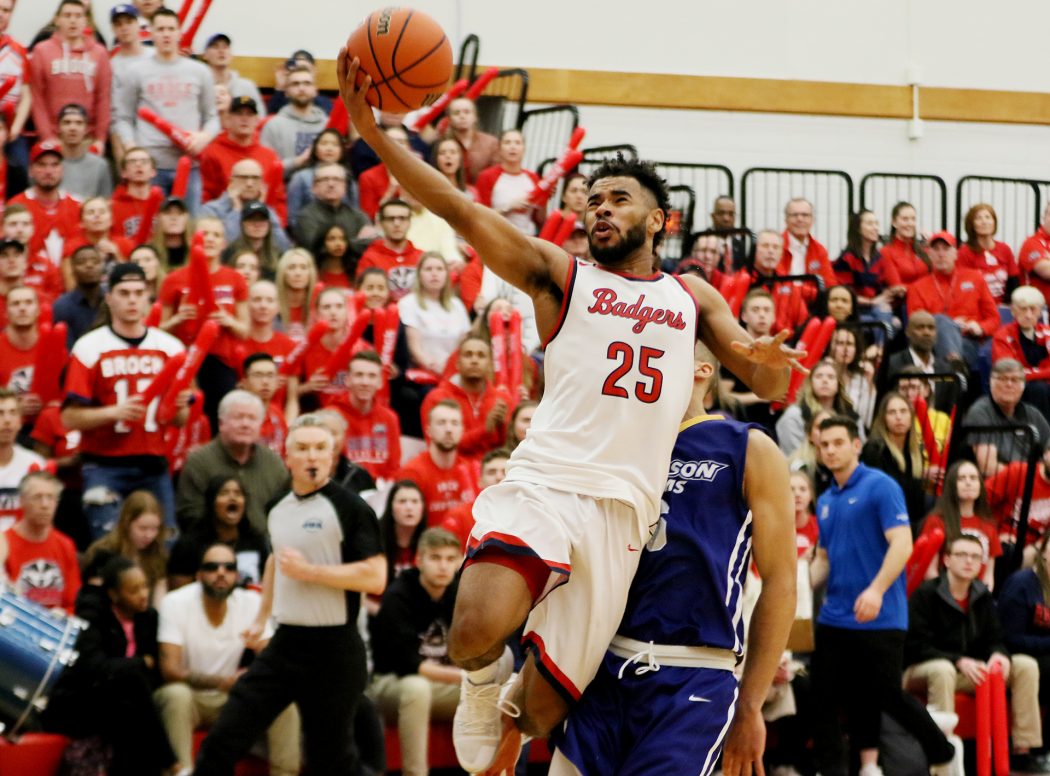 Tyler Brown of the Brock Badgers goes up for a layup in the first half of Wednesday’s OUA Semifinal game against the Ryerson Rams.