Grad’s cancer research continues in the U.K. at University of Cambridge 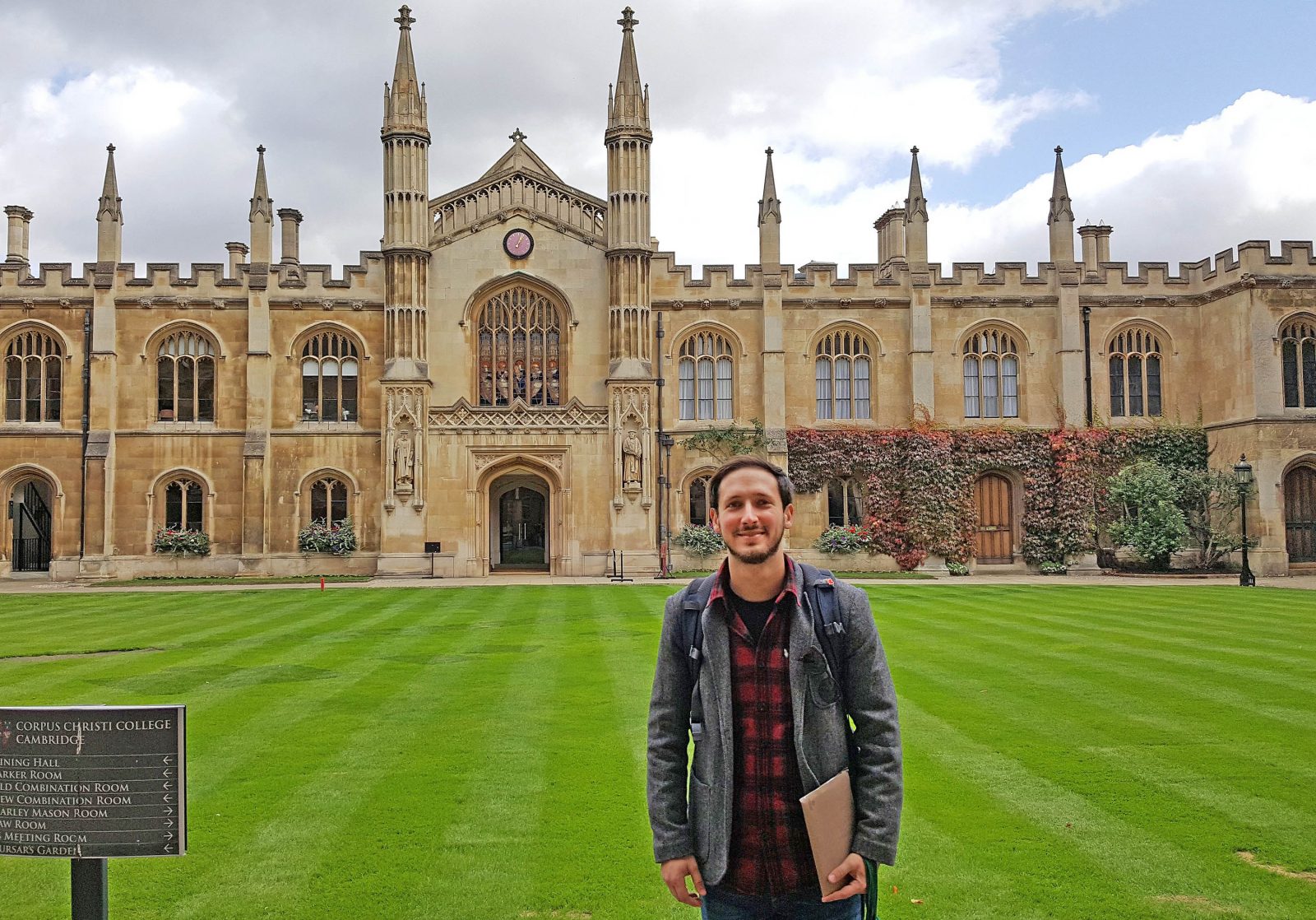 Brock grad Lucas Maddalena has received a substantial scholarship to continue his cancer research at the University of Cambridge.

The research that began in Brock University’s labs has taken Lucas Maddalena (BSc ’12, MSc ’17) nearly 6,000 kilometres across the Atlantic to one of the world’s most renowned institutions.

The Biological Sciences grad crossed the pond this past fall in order to walk the hallowed halls of the University of Cambridge, where he has accepted a prestigious $300,000 scholarship to complete his PhD.

When he learned of the coveted opportunity, which supports continued cancer research at the U.K. institution, Maddalena knew competition would be fierce.

He began a rigorous application process in the winter of 2016, which led to several interviews and left him waiting on the edge of his seat for a decision from the panel responsible for the selection. 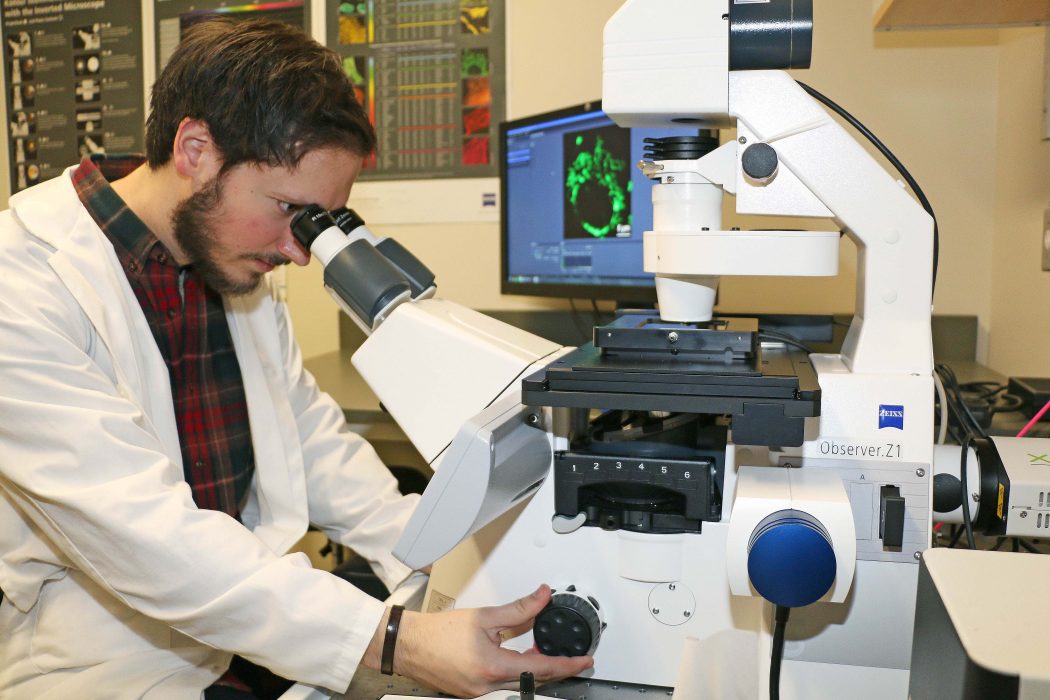 During his time at Brock University, Lucas Maddalena could often be found working away in the labs within the Cairns Family Health and Bioscience Research Complex.

“It was agonizing waiting to hear,” he said of the sheer anticipation, which ultimately led to the life-changing news. “You go over every interview question in your head — how could I have answered them better? Should I have said something different?”

With the arrival of summer came the good news, Maddalena had received his formal acceptance to Cambridge.

The Thorold native was the only overseas recipient of the Cancer Research U.K. Cambridge Centre 2017 Non-clinical PhD Studentship Award, of which five were awarded in 2017.

He began his studies at the historic school in October.

The scholarship covers three years of study, the typical length of a PhD program at Cambridge, and will support the costs of Maddalena’s research, as well as his living expenses.

“It’s surreal. That’s probably the best word to describe it,” he said of this new chapter in his life, which has him researching within Cambridge’s Department of Medicine.

“I’m very proud that I took a shot at it and was ultimately successful, and I’m extremely thankful for the many people that helped and supported me along the way.”

His research continues the theme of his master’s work, which explored mitochondrial function and oxygen usage in the context of health and disease.

“I’m studying two gene mutations for two mitochondrial proteins that are involved in some metabolic functions. These two mutations are found in select forms of cancer and different tumours, including certain forms of renal cancer,” Maddalena said.

The two mutations lead to a pseudo-hypoxic state for the cell, making the cell think it’s deprived of oxygen, which causes the cell to rewire its metabolism to be more anaerobic, surviving without the presence of air.

“That rewiring event is being increasingly recognized as a key hallmark in all cancers,” Maddalena said. “I’m going to be looking at the molecular mechanisms that underlie that pseudo-hypoxic state in cancer cells.”

Through this project, Maddalena hopes to uncover key details in relevant forms of cancer, with a specific focus on renal cancer.

“The ideal goal is that this will help improve our understanding of that disease process,” he said. “The hope is to contribute ultimately to better treatments of the disease. It could have implications for the diagnoses of these diseases as well.”

Maddalena credits the support of his Brock supervisors, Biological Sciences Associate Professor Jeff Stuart, whom he worked closely with during his time at the University, and Professor Jeffrey Atkinson in Chemistry.

“I wouldn’t be where I am today without my experience at Brock,” he said. “Having such a great relationship with my supervisors has been important for me, allowing me to keep growing as a student.”

Small class sizes provided Maddalena the opportunity to “be more hands on and to really take advantage of the resources available here,” he said.

“Brock has been a major part of my life. I’m really proud to say I’m from Brock and to share that with people wherever I go. It’s a part of who I am and what has shaped me.”