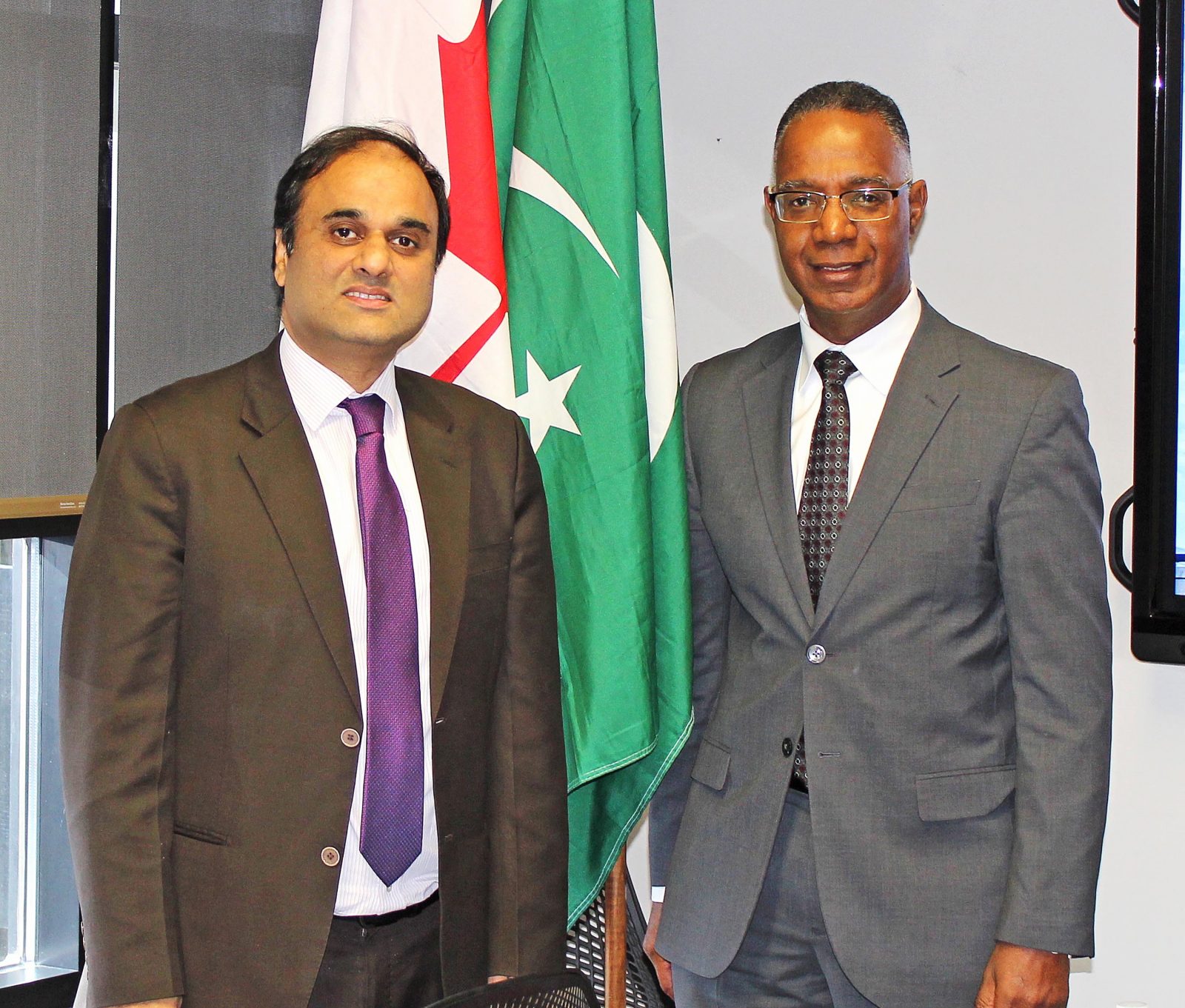 This marked Siddiqui’s first visit to the University since taking office in Toronto’s Consulate General of Pakistan in July 2016.

He spent several hours on campus learning about the University and speaking with faculty, staff and senior administrators, including President Gervan Fearon and James Mandigo, Vice-Provost, Enrolment Management and International.

The visit was an opportunity to introduce Siddiqui to campus, but also to spark conversations about enhanced research collaboration, increased student recruitment and parallel business incubators in Pakistan.

A group of students from Pakistan joined Siddiqui for lunch, sharing with him their experiences of studying at Brock and living in Niagara.

Siddiqui spoke to the students about the possibilities of future Canada-Pakistan collaborations, the ways in which the two countries can engage in mutually beneficial partnerships and the role that young, educated people can play in those collaborations.

Since 2015, Brock has been actively engaged in recruitment activity in Pakistan. The University’s undergraduate student enrolment from the country increased by more than 60 per cent in the past year.

Brock’s International Market Development office will be pursuing further partnerships as a result of Siddiqui’s visit.