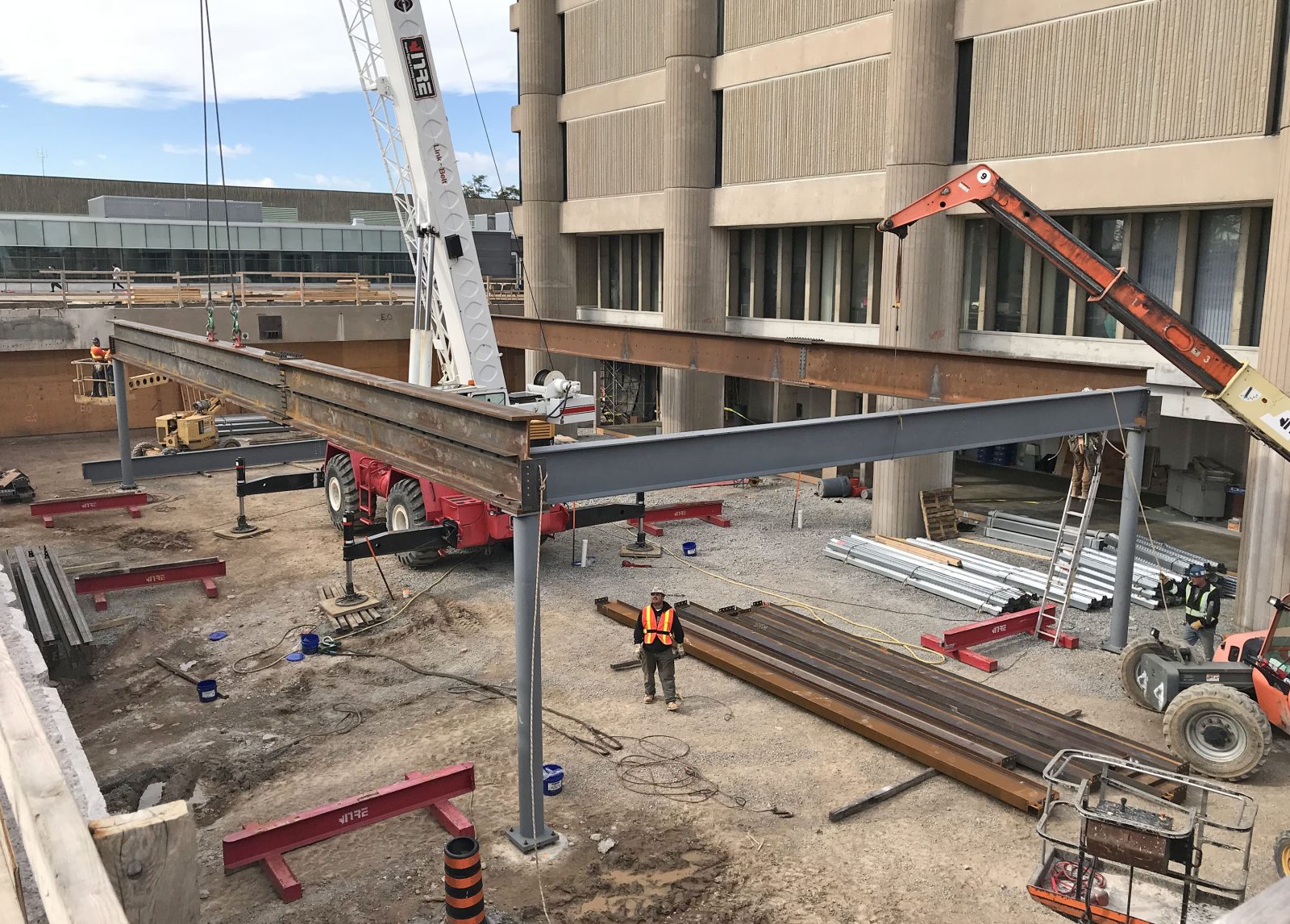 The large steel beams that frame the skylight in the Brock LINC atrium project were installed Tuesday, Oct. 17.

One of the centrepieces of the Brock LINC construction project began to take shape Tuesday.

A massive skylight at the foot of Schmon Tower will illuminate the atrium building while allowing those inside to view the tower above them. On Tuesday, the four beams that frame the 11 metre wide by 23 metre long skylight were carefully installed by Niagara Rigging and Erecting Company Ltd. 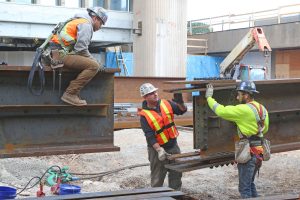 The longest beams are one metre tall, 23 metres long and weigh a staggering 42,000 pounds each. They’re actually constructed of two separate beams spliced together.

The rectangle of beams sit atop steel columns that were also installed Tuesday.

One of the challenges of the Brock LINC project was getting a crane to lift the beams into place under the existing podium, which is remaining and will have a second storey added to it.

Construction crews had to dig out the area below the podium to create a pathway with enough clearance for the crane. 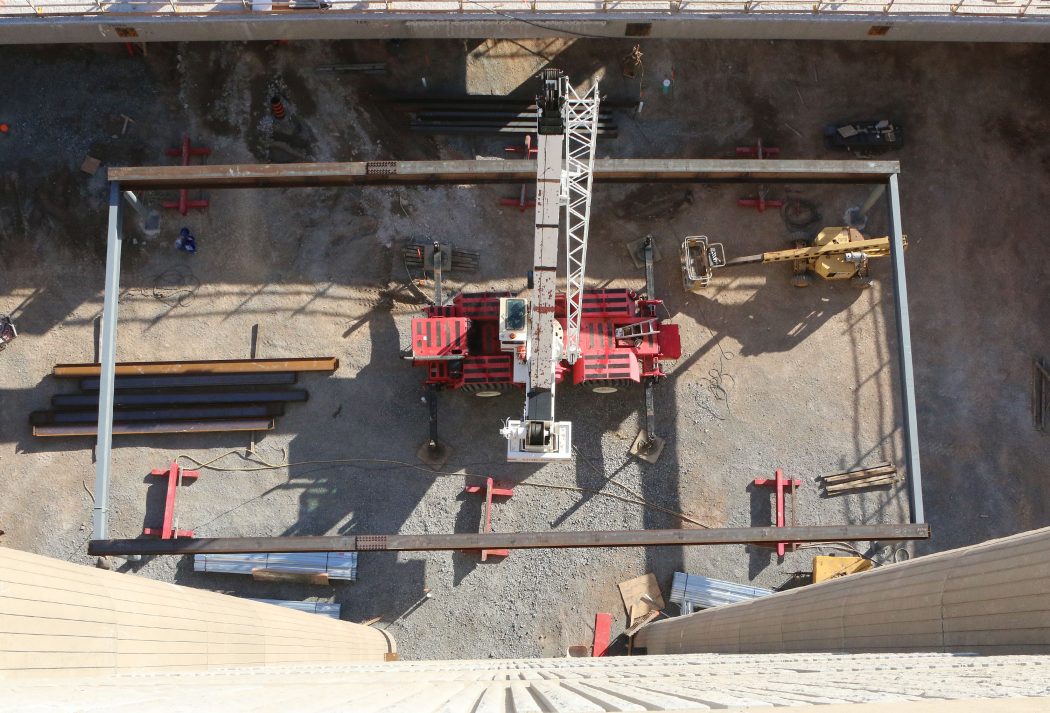 See below for more photos from Tuesday’s work.