A day of honour for President Gervan Fearon 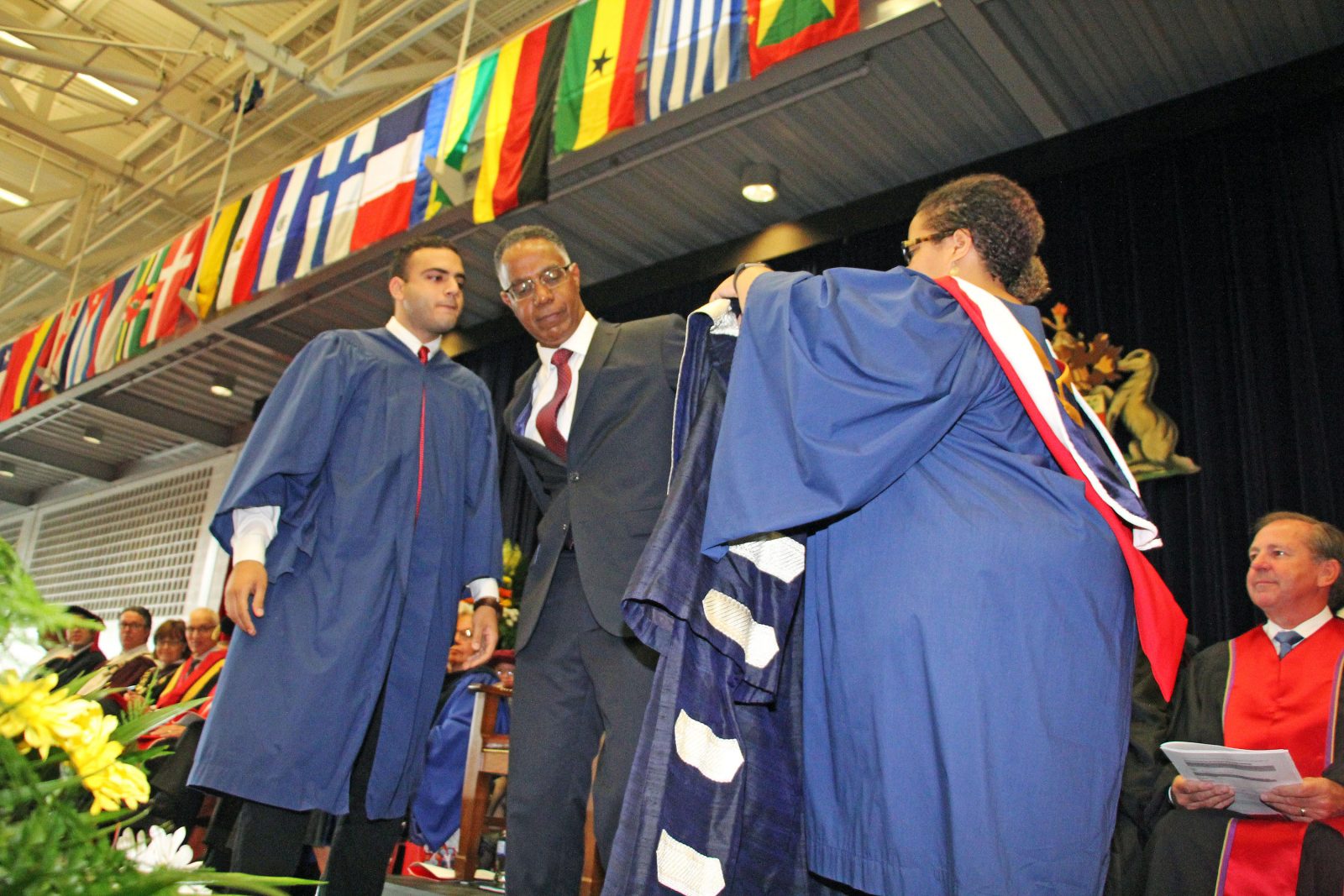 On a day when nearly every minute was booked with ceremony, speeches and meet and greets, Brock University President Gervan Fearon took time to reflect.

Fearon was installed as Brock’s sixth President in a Fall Convocation ceremony Friday, Oct. 13, and he used the opportunity to look back at where he’s come from, and where he wants to go. 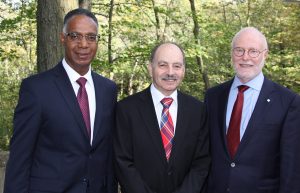 “You’re looking out at all the students who are starting their journey and you’re recognizing how your post-secondary education played such an important role in all of your accomplishments,” said Fearon, who started his tenure as Brock’s President on Aug. 1. “It’s a wonderful juncture that’s a culmination of the work you’ve done, but also of work to follow and what’s to come.”

After agreeing to the Oath of Office, delivered by Chancellor Shirley Cheechoo, Fearon delivered his first convocation address as President.

He said he was taking over the reins of a university known for “outstanding teaching and learning; excellence in research, scholarly and creative activities; and renowned university-community engagement.”

“These accomplishments are forged by a group of dedicated faculty and staff, motivated alumni and donors, forward-thinking Board of Trustee and Senate members, and engaged community and institutional partners,” Fearon said.

He also acknowledged the previous Brock Presidents and leaders, including immediate past President Jack Lightstone, and interim President Tom Traves, who were both in attendance for Friday’s ceremony.

Calling it a “very special moment” for himself and his wife Kathy Moscou, Fearon said he was honoured to share the day with the graduates and their families.

Later Friday, during the installation dinner, Fearon was welcomed to Brock and the Niagara community by faculty members, staff, local politicians and others.

Brock University Students’ Union President Faisal Hejazi said he was impressed with how quickly Fearon had immersed himself in the culture at Brock.

“Your willingness to get involved is truly inspiring and motivating. You’ve already made so many individuals feel like they matter and that their voices are being heard through the support you’ve provided,” Faisal said. 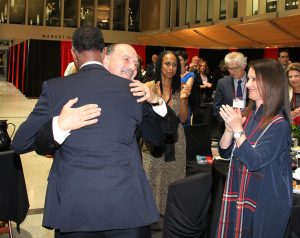 In her remarks, Chancellor Shirley Cheechoo said Brock was fortunate that Fearon brings “a vision, knowledge, wisdom, experience and commitment for higher education.”

Fearon wrapped up the dinner by delivering a heartfelt speech.

“Will I always succeed in my endeavours? Well if I did then I would stop trying,” he said. “I know I’ll fail sometimes. But I’ll always be trying. Will we do great things together? Let’s just watch and see.

“A University is a community and what we achieve will be the achievements of this community that will be celebrated all together.”