Parents say goodbye to students, who say hello to Brock 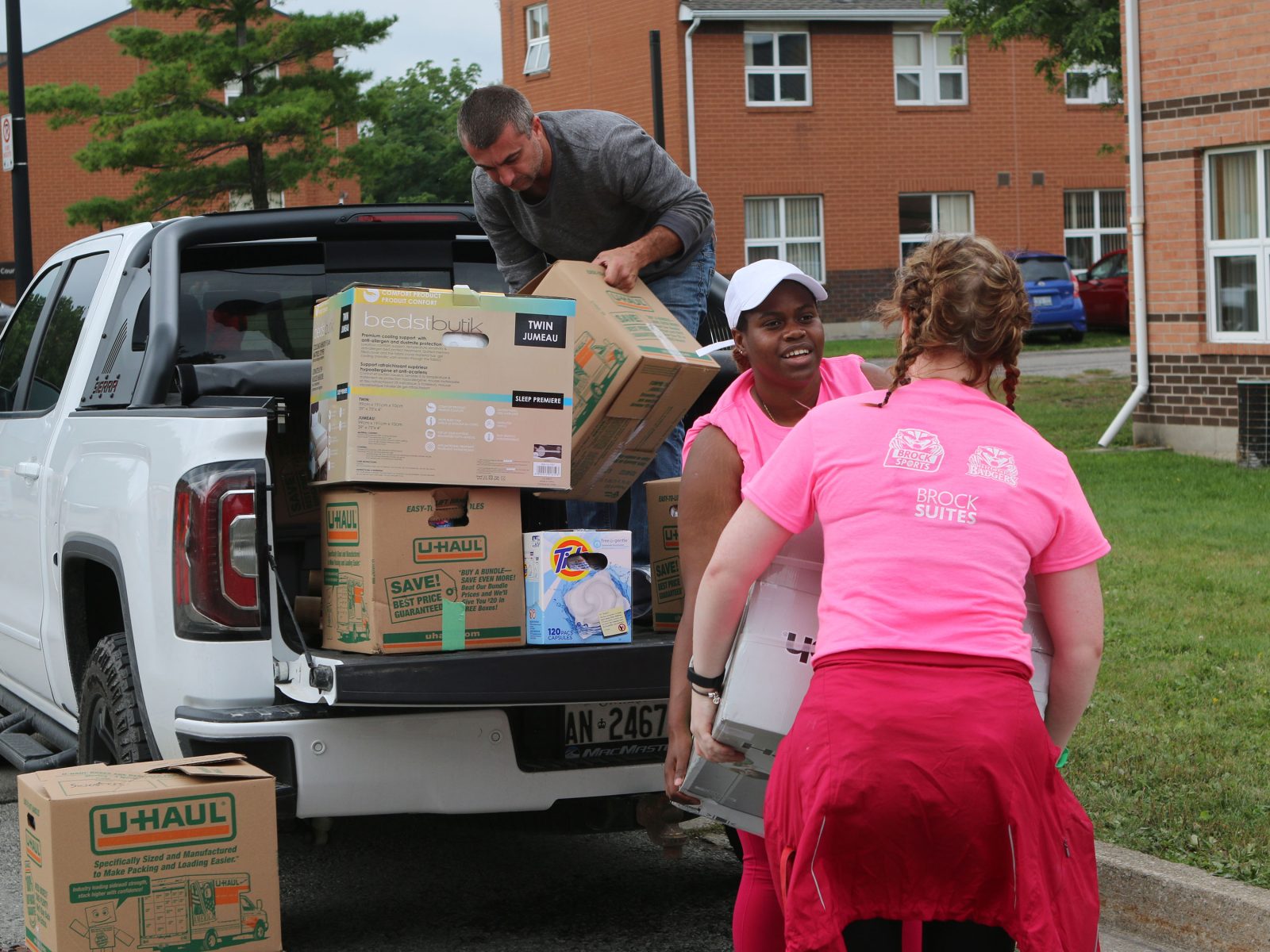 Nearly 2,400 mostly first-year students will be moving into their residences at Brock University Sunday, Sept. 2 from 9 a.m. to 3 p.m.

The nervousness being felt by Hannah Flewelling was unmistakeable.

As she loaded her clothes and school supplies into the back of her family’s minivan at their home in Burlington, the 17-year-old admitted she was feeling uneasy about heading off to university.

“I don’t know my roommate or anything, so it’s a bit scary,” she said early Sunday morning.

But as the Flewelling family arrived at Brock University to drop Hannah off for her first year at the school, the nerves started to dissipate.

“It’s pretty exciting. Now that everyone is here, it’s starting to feel more real,” she said as members of the Brock baseball team helped move her into her Lowenberger residence room.

Flewelling, who will start her history co-op program on Wednesday, was one of the nearly 2,400 first-year students who moved into one of Brock’s seven residences Sunday during the annual Move-In Day blitz.

Many teary-eyed parents looked on as some 700 student volunteers helped carry fridges, televisions, suitcases and boxes into rooms across campus.

For Rob and Renee Flewelling, who both graduated from Brock, Sunday was a day of nostalgia and nervous energy.

“I remember my first year here and it was full of excitement and new things,” said Rob.

“She was a little nervous on the way in, but once she got here, she was feeling better. And now we go home without her,” said Renee.

Lyn flew in from Nassau, Bahamas with her son Corri, who came to Brock to study biological sciences.

“I’m glad for him because I know he needs to take this next step to go on, but I’m a little bit sad because this is my second son leaving the nest,” Lyn said.

Corri said he was thrilled with his new home.

“It’s beautiful. It looks like one of those colleges you see in the movies,” he said. “I feel like I’m ready to take the challenges that come my way.”

One of the many staff members who joined students in lending a helping hand Sunday was President Gervan Fearon, who said he was impressed by how well organized Move-In Day was.

“It’s a wonderful experience to see all of the volunteers come together to make this an outstanding experience for our new students and their parents,” Fearon said. “The entire team comes together to welcome students to their new community.”

Move-In Day officially kicked off the Brock University Students’ Union Orientation Week schedule, which continued Sunday night with a party in front of the Sir Isaac Brock statue and a full slate of activities Monday.