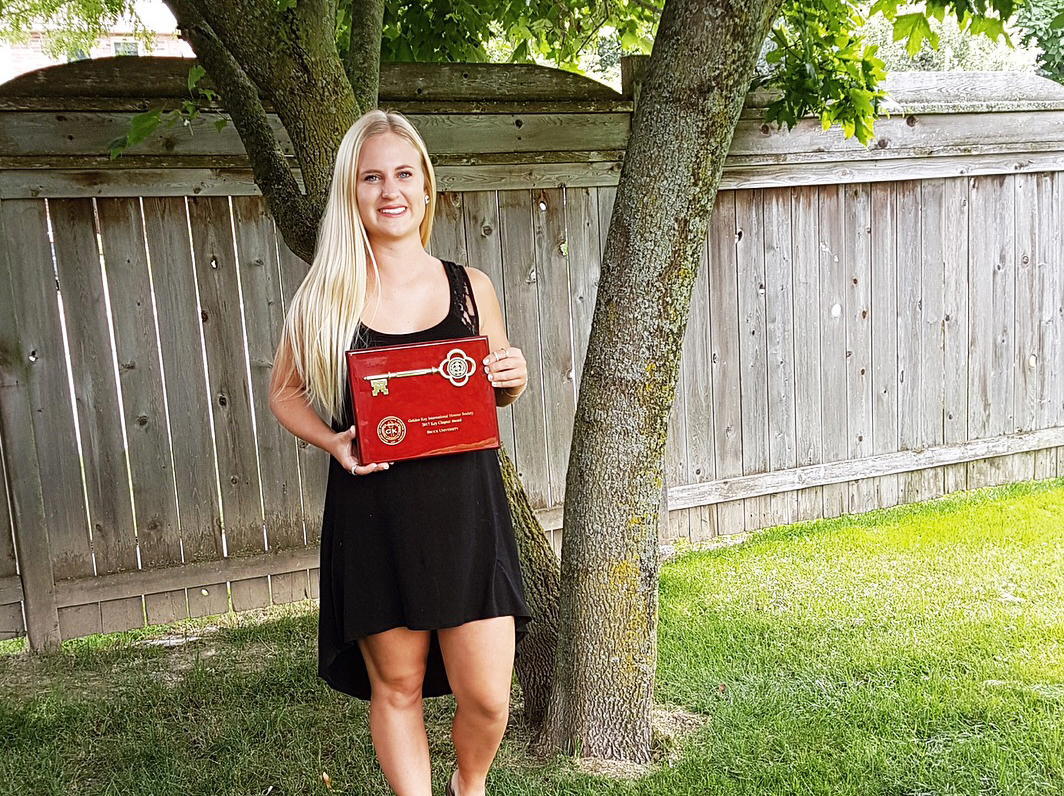 Brock teacher candidate Kaitlyn Knebel accepted the Key Chapter Award on behalf of Brock’s Golden Key Chapter during an international conference held at the end of July in Las Vegas.

The group, accessible to only the top 15 per cent of students in each Faculty at the University, was recognized with a Key Chapter Award at the Golden Key International Summit, held July 27 to 30.

The award honours chapters that have not only fulfilled, but gone above and beyond all activity and service requirements, such as hosting various fundraising initiatives and helping to spark change in the community.

Brock was one of four Canadian and 32 international chapters recognized by the Golden Key, the world’s largest post-secondary honour society. There are currently 19 active Golden Key chapters in Canada and more than 400 chapters worldwide.

Brock teacher candidate Kaitlyn Knebel was in Vegas to accept the honour and participate in the conference, which included several workshops and presentations by inspirational speakers.

It was a valuable experience the Golden Key member won’t soon forget.

“I got to meet other scholars from around the world in a diverse environment,” she said. “It was great to be able to socialize with other members who have worked hard to achieve academic excellence.”

Chapter President Amanda Macdonald said it was an honour for Brock’s young chapter, which has had 1,102 members since its inception in 2013, to be recognized.

Membership is by invitation only, with acceptances coming in throughout the month of August.