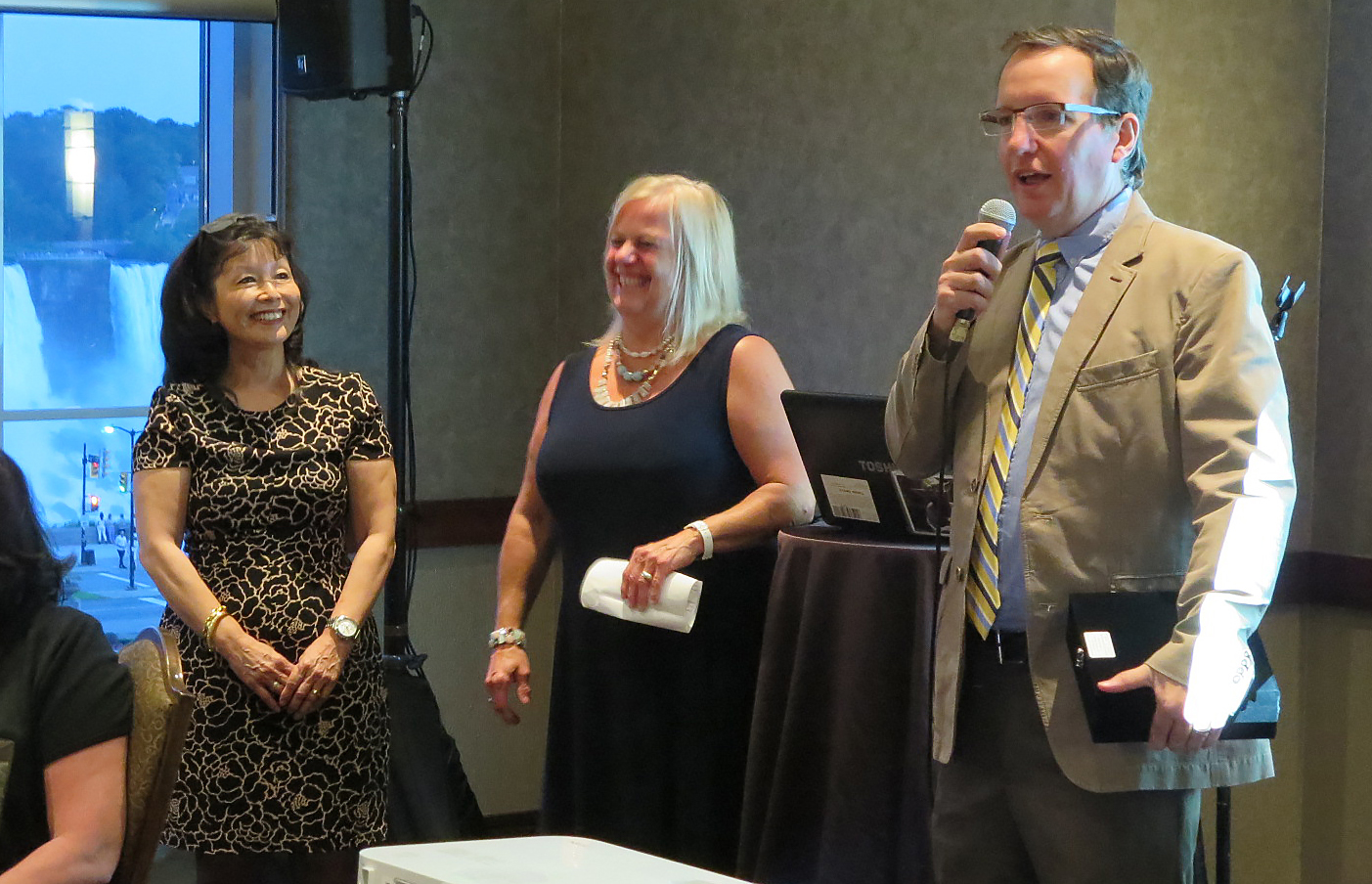 The annual award, established in 1998 to honour outstanding service and leadership, was presented to Thomson at the organization’s national conference held in Niagara Falls in June. 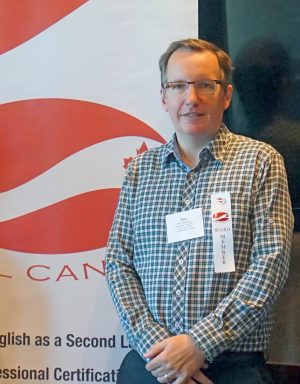 “Ron has been instrumental in navigating TESL Canada through some of the most challenging periods of its history,” she said.

The award comes at the completion of Thomson’s tenure as past president of the organization, following many years of service and leadership. Since 2005, he has served on the Board of Directors in multiple elected roles, including secretary to the executive committee, vice-president and president.

Thomson chaired the committee that oversees TESL Canada’s journal — an internationally recognized, peer-reviewed academic journal that publishes research relevant to the Canadian language learning context. Also, as chair of the governance committee for three years, he developed many policies and procedures to help improve consistency across administrations.

But perhaps his greatest contribution was finding a home for TESL Canada in Ottawa.

As president, Thomson led the charge to complete the organization’s first strategic plan in many years, and succeeded in hiring a permanent staff member in the nation’s capital. This ensured TESL Canada is represented at meetings with the leadership of Immigration, Refugees and Citizenship Canada — the primary federal department related to the organization’s sector.

“In the past, not being a regular, participating member at this table really limited TESL Canada’s ability to contribute our expertise to government policy, especially language training for immigrants,” Thomson said. TESL Canada now has a permanent seat at the National Language Advisory Board (NLAB), which meets in Ottawa.

“Given the fact that immigration is primarily a federal jurisdiction, a strong national association promotes best practices for language training, both by recognizing language teacher training programs and by offering national certification for English language teachers,” Thomson said.

Thomson’s work with TESL Canada will continue as he serves as a non-voting advisor to the executive and devotes himself to the field of language learning and teaching in Canada.