Mosquito doc filmed at Brock gets its U.S. premiere on Thursday 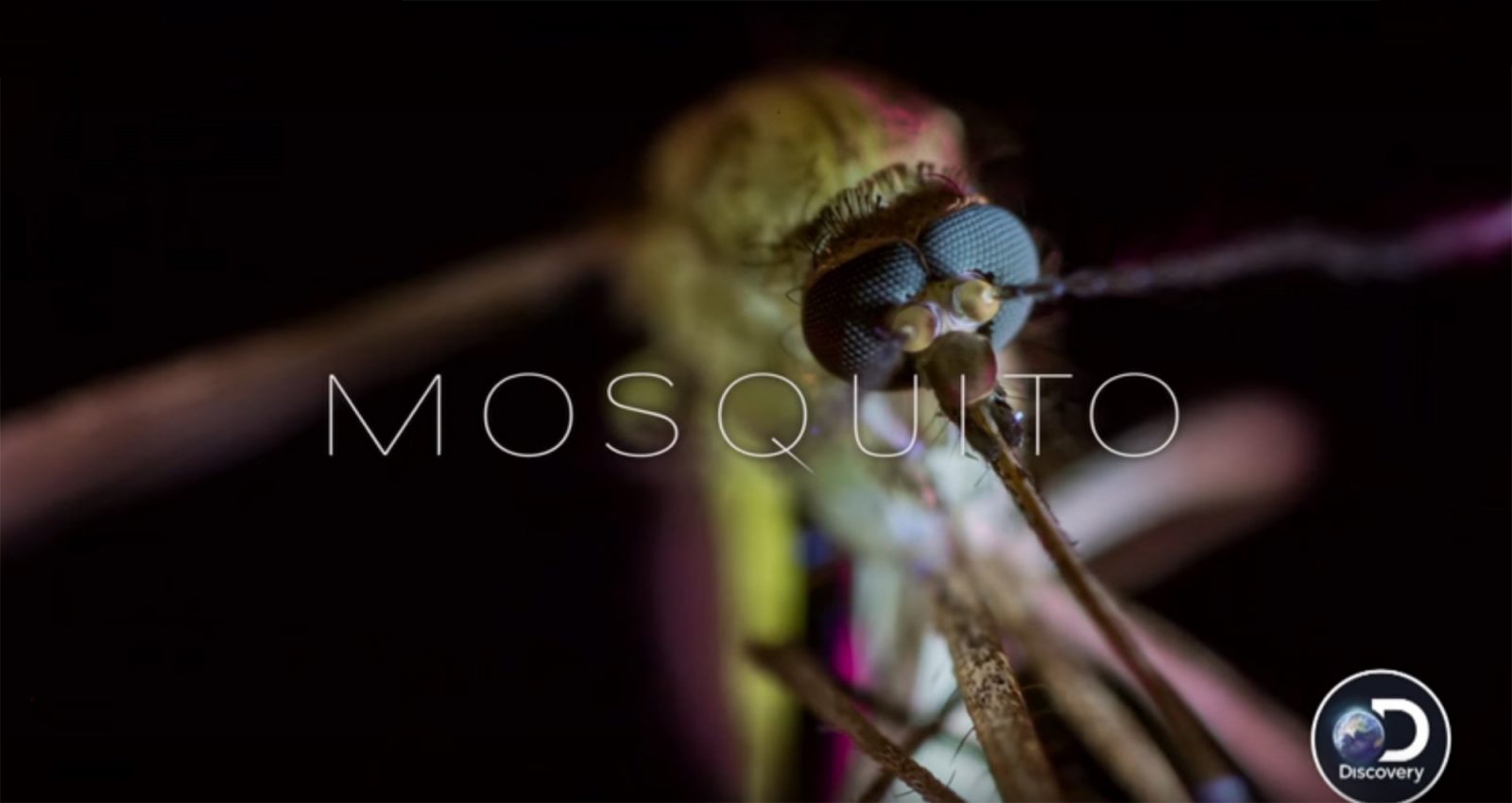 Mosquito, a documentary filmed partially at Brock University, is premiering on Discovery Channel in the U.S. Thursday, July 6.

If you’re looking to capture hundreds of mosquitos on film, there’s no better place to turn than a university with Canada’s leading expert on the tiny creatures.

When Yap Films started working on its new documentary Mosquito, which premieres Thursday night on the Discovery Channel in the U.S., it came to Brock to work with Professor Fiona Hunter and her team of researchers.

After months of preparation, the production company built a temporary studio in a Mackenzie Chown lab and spent a week last October filming mosquitos using macro videography and high-speed cameras.

“It changed my perspective on how things are filmed and what happens on a set,” said Jason Causarano, a researcher working with Hunter and the lead liaison with the filmmakers.

It was Causarano who met with the producers in the months leading up to filming, and who worked to have more than 1,500 mosquitos of various species and life stages ready for the October filming window.

“To realize how organized they were and how everything was laid out and timed, it was something I would never have expected.”

Executive producer Elizabeth Trojian said the footage captured at Brock plays an integral role in the documentary because no computer-generated images (CGI) are used.

“Those are all real mosquitos. Other people have made mosquito films before, but they’ve never done it without using CGI. You have to show the beauty of a really terrible creature,” she said.

An example of the type of challenges facing the camera crew: In order to use high-speed cameras to capture mosquitos in slow motion, it takes a lot of light. But the bright lights could easily kill the mosquitos, so the crew would flash on a large studio light, film for a few seconds and then turn it back off again. Between each take producers would check to see if the tiny animals had been captured within the very narrow focus range. The close-up filming all had to take place within a screened-in tent so that the mosquitos couldn’t escape.

“It’s difficult on so many levels,” Trojian said. “When you’re on that small of a scale, it’s very difficult to get things centred properly and to capture the moments you want.”

The crew filmed about 30 hours of footage while at Brock, and the result is stunning close-up images that are weaved throughout the Discovery Channel film, which is narrated by Oscar-nominated actor Jeremy Renner.

“We have these amazing shots of two mosquitos hatching. They came up like aliens and they break through and pull themselves out,” she said.

In addition, Hunter is among the experts interviewed.

“It’s truly something special,” he said.

Mosquito paints a dramatic picture of the insects as blood-thirsty killers responsible for transmitting diseases such as Zika, malaria, West Nile, yellow fever and dengue. It’s estimated that mosquitos kill more than 750,000 people each year, and could be responsible for the deaths of almost half of every person who has ever lived.

“Mosquito sounds a worldwide alarm about the need for bold steps to address this increasingly urgent threat. As a purpose-driven company, we are proud to leverage the strength of our unmatched television and digital services in all corners of the globe to call on citizens and worldwide leaders alike to act,” said David Zaslav, President and CEO of Discovery Communications, in a press release.

Causarano agrees that people need to be educated on the threat caused by mosquitos.

“It’s important to understand the impact these little things we swat away in the summer have on global public health.”

Information on the Canadian Discovery Channel premiere will be announced soon. Below is a trailer for Mosquito.