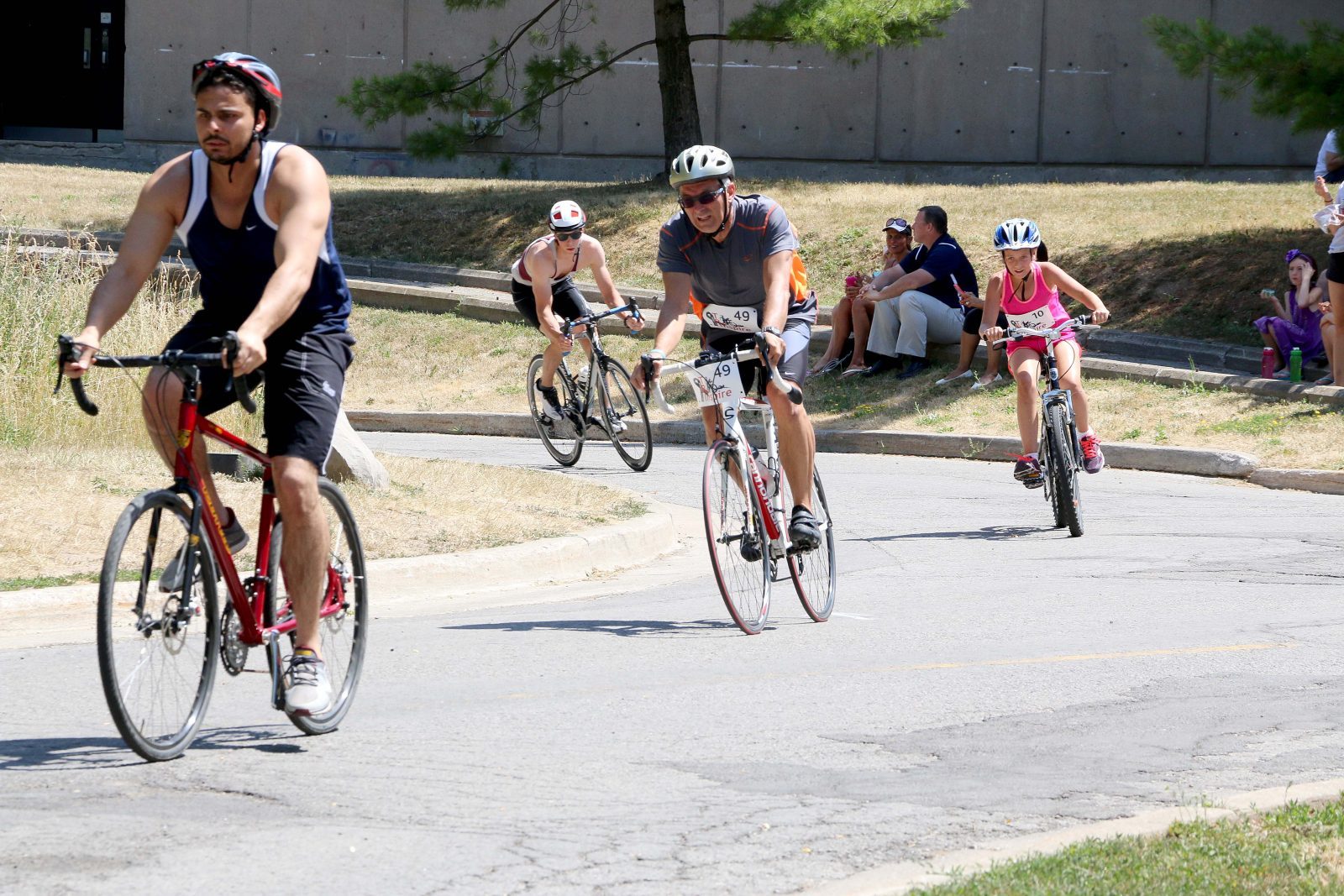 The Naomi Cermak Tri to Inspire will be held at Brock University on Sunday, July 21.

A triathlon held in memory of a Brock University master’s student is growing for 2017.

After drawing 120 competitors for the inaugural event last year, which led to the development of a graduate student scholarship, the Naomi Cermak Tri to Inspire will return to the main Brock University campus Sunday, July 16.

The second annual triathlon is being held to continue raising funds for the scholarship and to remember Cermak, who passed away in 2013 from metastatic melanoma at 31 years old.

Cermak, who was from Cambridge, attended Brock for her Master of Science in Muscle Physiology from 2004-06 and was the recipient of the Governor General’s Academic Medal. She was an accomplished athlete and researcher who went on to complete her PhD in Exercise Physiology at McMaster.

“Naomi continues to inspire others to fight and find a cure,” says Department of Kinesiology Chair, Brian Roy. “This scholarship was created through the combination of a generous donation from the Cermak family, money raised through the inaugural triathlon and support from the people who knew and loved Naomi.”

Cermak is remembered as a friendly, driven, determined individual who always looked on the bright side. Her efforts to raise awareness of melanoma, as well as her determination to conquer her illness, resulted in her selection to participate in the Kona Ironman championships as an inspiration athlete.

Sadly, she had to withdraw from the event as her immune system became too compromised and her health deteriorated.

“I love that we’re able to share her story and create a legacy at Brock through this scholarship,” says Brock Sports Fitness Manager, Eric Walter. “It’s even more special that we can build the scholarship through the sport she was so passionate about.”

He says the event is a good way to introduce people to the sport of triathlon. It features a 150 or 400 m indoor swim, a 10 km bike and 2.5 km run. Live music and free barbecue for racers will follow the competition.

“Last year’s event was a lot of fun. To see students, alumni, faculty, staff and community members come together and rally in support of what this scholarship is all about was fantastic to see,” says Walter. “We’re excited about the same kind of engagement on July 16, but on a bigger scale.”

Donations are also being accepted for the Naomi Graduate Student Scholarship at brocku.ca/donate and select ‘Other’ on the drop down menu.

Who: Individuals and Relay Teams welcome; Open to adults and children