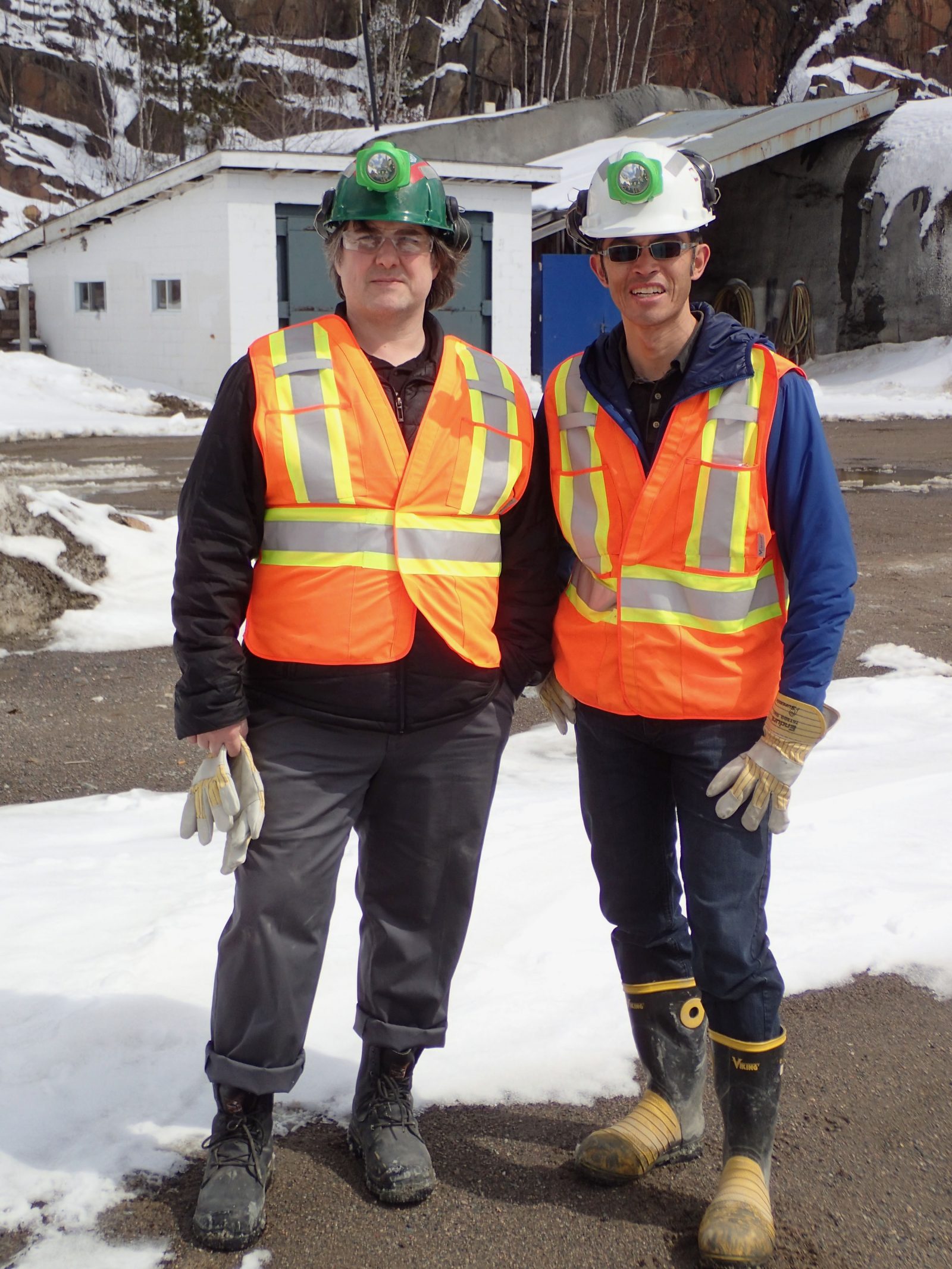 It’s like something out of a Star Trek episode: a suit that cools down when the person who wears it gets hot.

But unlike a prop in the sci-fi show, research for this suit is happening now, and the place it will be worn is on Earth — or more specifically, far under the Earth’s surface.

Brock University Professor of Kinesiology Stephen Cheung has partnered with Sudbury-based mining company Jannatec Technologies to create a vest for miners with the technology to monitor and control body temperature.

“The idea is to develop a smart, personal cooling system miners can wear that will get feedback on their internal physiology,” explains Cheung, who is a Canada Research Chair in Environmental Ergonomics.

The vest is aimed at ‘ultra-deep miners,’ workers who mine copper, nickel, tin and other minerals as far as three kilometres below the Earth’s surface.

As a person moves deeper underground, rock temperatures can range from 40 up to 60 degrees Celsius. Added to that is high humidity generated from water needed to lubricate drill bits that results in what Cheung says is “essentially a steam bath.”

Working in such hot, humid environments is not only uncomfortable, it can be dangerous.

The human body regulates temperature by controlling skin-blood flow. When the body’s core is hot, blood travelling through arteries and veins transports heat to the skin’s surface, where it is released through sweat, evaporation, radiation and other processes.

The cooled blood then returns to the body’s core, reducing overall temperature.

This process works best in air temperatures just below 30 degrees Celsius. The higher the air temperature, the more overwhelmed the body’s systems become. Workers in hot environments often experience heat stress that could lead to a variety of heat illnesses.

Traditionally, core body temperature is measured using invasive methods, such as probes inserted in the esophagus or rectum to directly measure the internal temperature. But these methods are “not practical in the mining environment,” explains Steffon Luoma, senior research scientist with Jannatec Technologies.

Usually, it’s up to the miners to determine how hot they are, taking breaks in air-conditioned rooms and vehicles to cool down, says Luoma. But they may not always realize the symptoms of heat illness until it’s too late.

Chueng says the goal is to “develop a personalized cooling system that will adapt to how hard they’re working, how hot it is, and what they’re doing at the time to generate different levels of body heat.”

Non-invasive sensors will be built into the vest to record and monitor a variety of bodily activities such as heartrate and skin temperature. Sensors will also monitor air temperature and humidity levels,

Signals from the sensors will activate a battery that will provide power needed to cool the body to certain levels through electronic modules.

Part of the research involves refining the understanding of the human body’s patterns of skin-blood flow, sweat, heat loss, core temperature and other physiological functions.

And the research will be part psychological.

“There may be preferred places to put the cooling modules,” says Cheung. “You can have that same amount of cooling, but it will feel a lot better if it’s, say, around your head and neck as opposed to it being around your torso and arms, even though physically it may be just as effective.”

Cheung explains that the personal cooling systems on the market currently are limited in their cooling levels; essentially an “on-off switch or half on,” not taking changes in body temperature or the intensity of body movements into account, he says.

Jannatec Technologies is excited to be partnering with Cheung, says Luoma.

“Stephen Cheung is one of the world’s experts in human thermophysiology; he is a very unique resource,” he says, adding that the innovations will increase safety and productivity in the mining industry.

“One of the top expenses in a mine operation is ventilation, and part of ventilation is cooling,” says Luoma. “Cooling the workers directly is more efficient than cooling an area and will lead to a decrease in costs.”

Luoma and his company also credit the Ontario Centres of Excellence and the Center of Excellence in Mining “for assisting Jannatec in achieving its goals.”