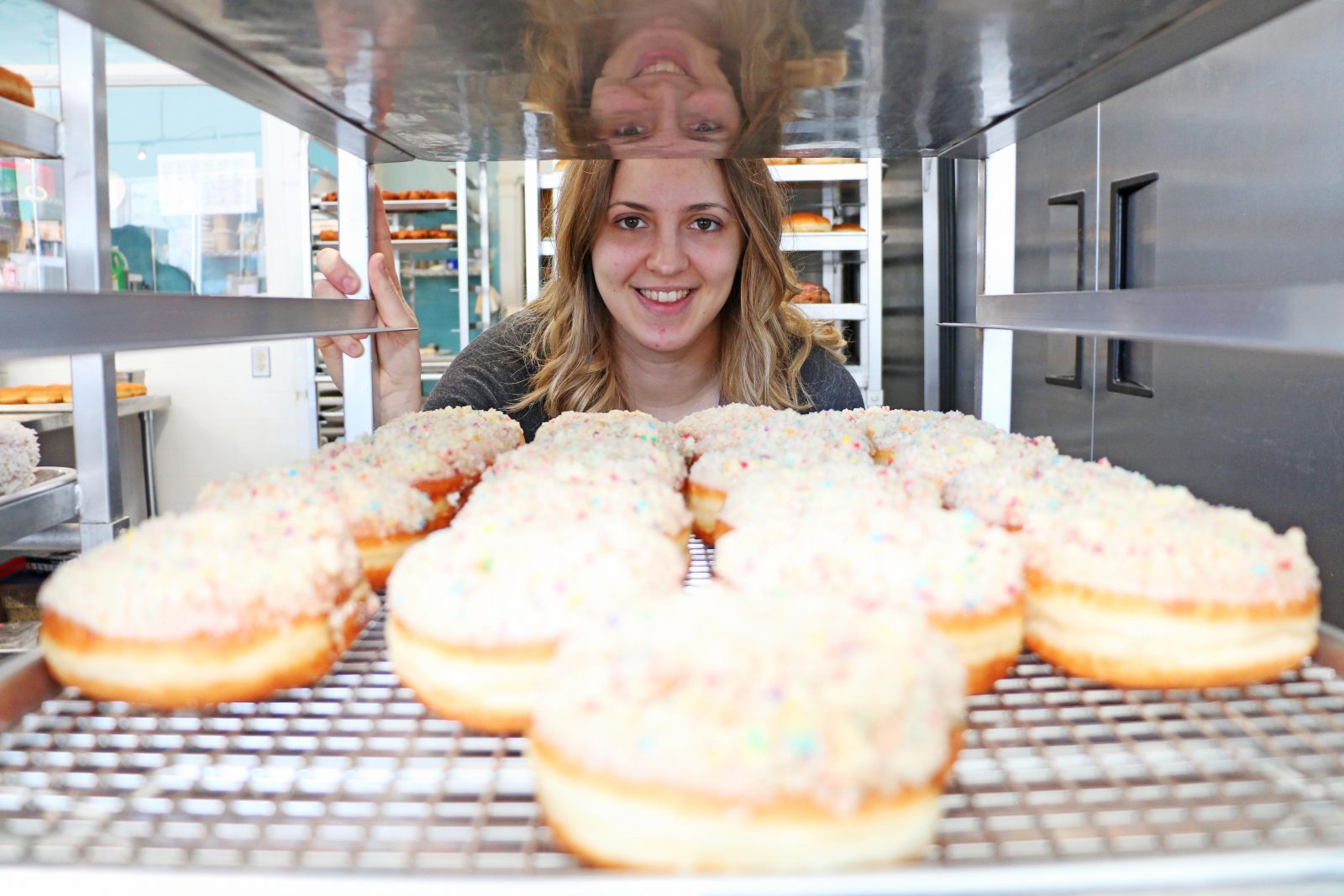 There’s no need for Tayler Book (BA ’14) to sugarcoat her Brock experience.

When the 25-year-old St. Catharines native reflects on her time at the University, she fondly recalls the influence it has had on her career as a successful entrepreneur.

Although business wasn’t the focus of Book’s studies, the co-owner of the wildly popular Beechwood Doughnuts in downtown St. Catharines learned a lot during her Social Justice and Equity classes that she now applies to everyday life.

Book, along with her partner in life and business Shane Belanger, considers it crucial to leverage her shop’s success in order to give back to the community.

Beechwood donates $1 from every cinnamon sugar doughnut sold to YWCA Niagara Region, an organization that provides shelter, food and other supports to people living in poverty. 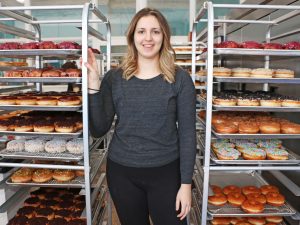 In an effort to further spread kindness in the community, the business also has a Pay It Forward program that allows customers to pre-purchase coffee and doughnuts for others.

“We support the community and I make sure we promote a positive work environment,” Book said while discussing her business philosophy.

The vegan doughnut shop opened its doors in January 2015, less than a year after Book crossed the stage at Spring Convocation.

That first day came with an ambitious goal — to sell 250 of the sweet treats and ultimately build a larger clientele base down the road.

“We sold out within an hour,” Book said with a laugh. It was an opening that exceeded everyone’s expectations.

She credited her time at Brock and involvement with campus clubs for helping to give Beechwood its initial success.

As a member of Brock Dance, and a participant in several other extracurricular University activities, Book was able to build a network and make connections with hundreds of people, many of whom have shown the doughnut shop their support.

Book and Belanger, who began the business with a single employee, had dreamed of someday selling as many doughnuts as a Tim Hortons franchise, with many of the popular coffee shops each averaging 600 doughnuts a day.

With Beechwood’s brand showing no signs of slowing, the shop now employees 15 people and sells between 1,500 and 3,000 doughnuts daily.

It’s not uncommon to find a lineup spilling into the sidewalk of James Street as people wait for sweet satisfaction.

“We need more space for our customers,” Book said, adding the business has simply outgrown the shop where the doughnut dream began.

“We’ll be relocating within the same neighbourhood sometime in summer 2017.”

Although she can’t definitively say what it is that draws people to the specialty doughnuts, Book believes that quality and variety play a large part.

“We offer generous portion sizes and our team is constantly creating different flavours,” she said. “That keeps people coming back.”