Success at Brock led grads straight to Harvard and MIT 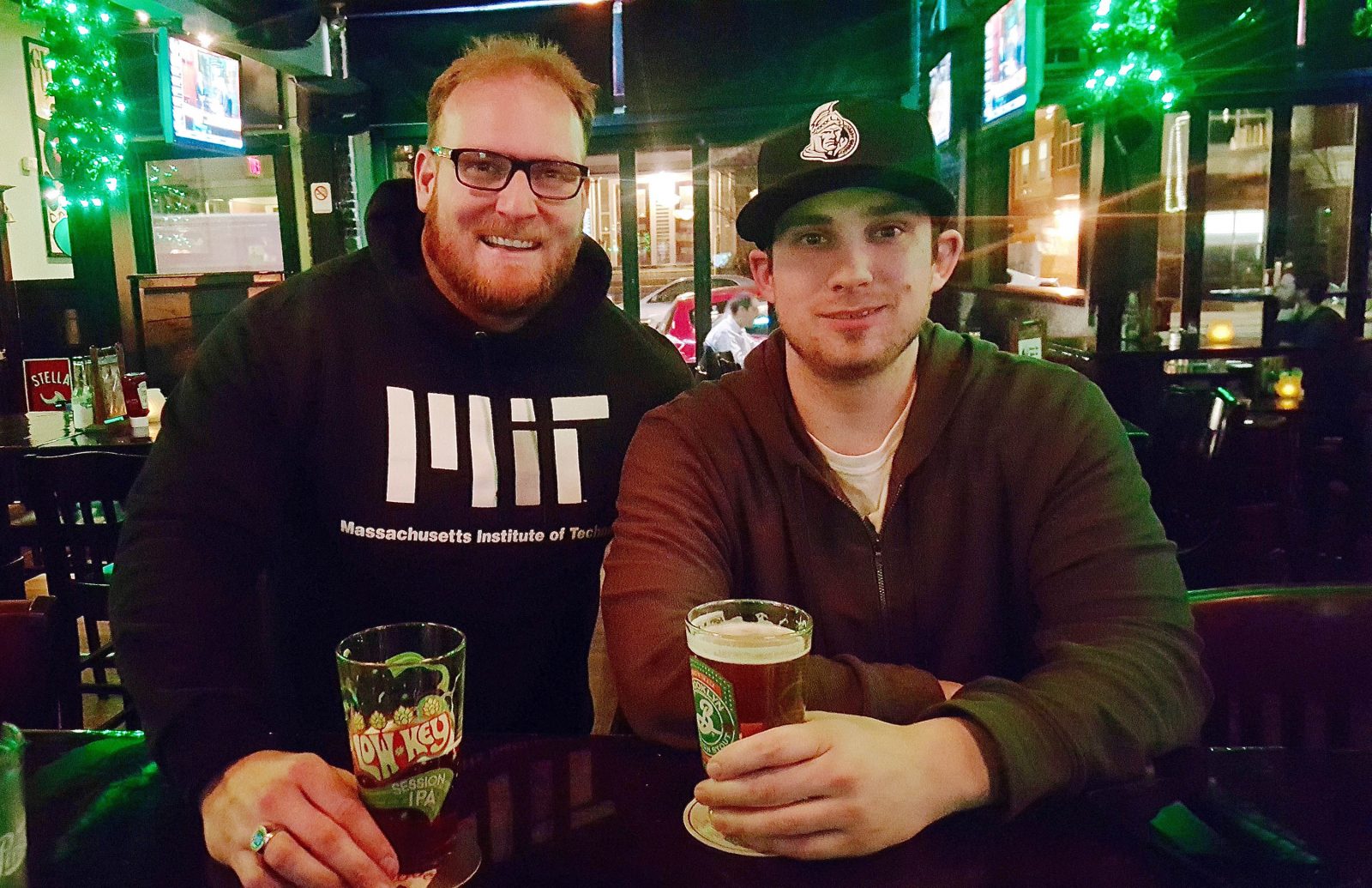 After a long day of intensive research at Harvard and MIT, Brock alumni Kiel Ormerod, left, and Lee Belding relax at one of the Boston-Cambridge area’s renowned neighbourhood pubs.

From Brock University to Massachusetts Avenue, Kiel Ormerod and Lee Belding have a lot in common.

Both arrived at Brock as undergraduate students in the Faculty of Mathematics and Science, and both stayed to obtain a PhD. As graduate students, each won prestigious scholarships and awards, amassed impressive records of publications and presentations and conducted research in other labs as visiting scholars.

They left their marks as leaders, too. Both sat on Brock’s Graduate Students’ Association, and each served a term as GSA President.

So it shouldn’t be any surprise that life after Brock took both scholars to Cambridge, Mass., and two of the world’s most prestigious institutions.

Graduating in 2015 with a doctorate in Biological Sciences, specializing in Neurobiology and Physiology, Ormerod began a postdoctoral fellowship at the Massachusetts Institute of Technology (MIT).

Not to be outdone, Belding — who received his PhD in Chemistry in 2016 — then accepted a postdoc fellowship about 15 blocks down the street at Harvard University. The two institutions were recently ranked among the Top 6 in the world by the Times Higher Education Supplement.

At MIT, Ormerod works in Building 46, an advanced research complex where he is in a group led by biology and brain sciences professor Troy Littleton. Building 46 was a key consideration when Ormerod was weighing his postdoc options, which included Harvard as well as Cambridge University in the UK.

“The dynamic of being a postdoc is to find a niche for yourself that will provide you with the freedom to pursue a research direction within a team of dedicated researchers,” he said. “MIT was my fit.”

Ormerod (BSc ’09, PhD ’15) also wanted to be working within a supportive research environment, as he was at Brock alongside his supervisor Joffre Mercier. Ormerod has found that under the leadership of Littleton.

“Like Joffre’s lab, I’m surrounded by a supportive and genuine team of researchers with a strong feeling of connection in what we do. That’s important to me.”

Ormerod has established himself as a gifted electrophysiologist whose research is focused at a basic level of molecular science, seeking to better understand how cells in the body communicate with one another.  (“The role of basic science is key to being able to understand when things break down in disease.”)

Amid his intensive research life, Ormerod has also carved out time and energy to sit on the board of directors of the MIT Postdoctoral Association (PDA).

“Being part of Brock’s GSA was a big part of my life,” he said. “After being at MIT for a year, I felt that I was missing the experience of being involved in the greater community of my peers. It’s a way to give back, and I find doing that very fulfilling.”

Meanwhile at Harvard Yard, just down the street, Belding is living a chemist’s dream.

“My first week, I went to two lectures that were given by Nobel Prize laureates,” he said. “I saw and met Harvard faculty and researchers who feature prominently in all the chemistry textbooks of my student days.” 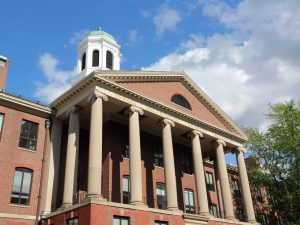 Belding (BSc ’10, MSc ’13, PhD ’16) is definitely undaunted when it comes to challenges. That spirit helped drive his success at Brock, beginning as an undergraduate in 2005 and carrying through his PhD degree. Along the way he garnered an impressive string of prestigious research funding awards, including graduate student scholarships from NSERC and Ontario’s QEII-GSST.

He also amassed a strong publication record, and left Brock with 17 research papers published in high-ranking peer reviewed journals. In his final year of PhD studies, he was the lead author of an article published in the esteemed Journal of Organic Chemistry. Supervised by Professor Travis Dudding, Belding even designed the illustration that was featured on the publication’s cover.

“My research experience at Brock was nothing but positive,” he said. “It’s really cool when you’re pushing the frontiers of what you are doing, and you are the expert in what you are doing. There is no one, arguably not even your supervisor, who knows the material as well as you. So it’s nice to be at the top of your field.”

In securing his position at Harvard, Belding was thrilled to join a research group led by world-renowned chemist George Whitesides.

“Whitesides is a larger-than-life figure. He’s worked in every field of chemistry you can think of, and has made groundbreaking contributions along the way. He leads a large and highly diverse research group that is very well equipped and their work has led to many important advancements.

“As part of the Whitesides group, it hasn’t taken me too long to reach a point where I have a good feeling about the research ahead.”