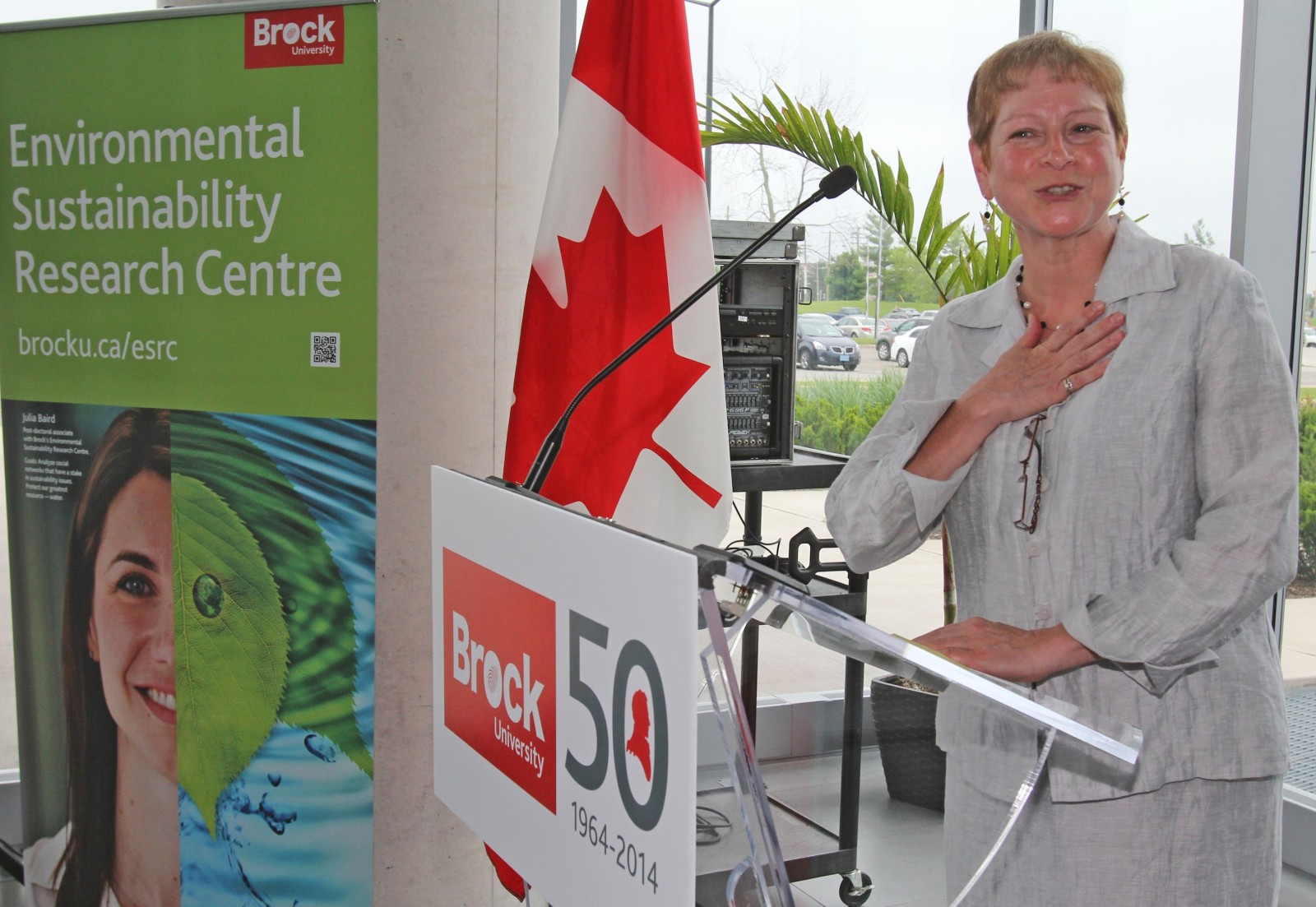 A Brock biologist is among a large group of university researchers calling on the Canadian government to become a world leader in the production and use of renewable energy.

The Sustainable Canada Dialogues research group made up of 71 researchers, including Brock’s Liette Vasseur, released the Re-Energizing Canada: Pathways to a Low-Carbon Future report Friday, May 26 that says Canada can use the “global low-carbon energy transition” as an economic engine for the country.

The report outlines ways Canada could speed up its shift to low-carbon energy systems from its current reliance on fossil fuels.

“We’re highly reliant on oil and gas,” says Vasseur, a UNESCO Chair in Community Sustainability: from Local to Global. “We need to look at changing the way that we are working: how we move away from oil, gas, coal and other fossil fuels and move toward forms of low-carbon electrification like hydro-electricity and other renewable energy.”

The researchers identify three ways Canada could transform itself into a low-carbon economy:

“The future competitiveness and success of companies will be influenced by their readiness to engage in the low-carbon energy transition,” says the report.

Vasseur contributed to sections of the report that deal with social acceptability, social justice and culture, and how these are key factors in determining what Canada’s energy systems will look like in the future.

“There’s the issue of changing lifestyles,” says Vasseur. “People in general have a fear of change and might resist using new sources of energy.”

She says people with lower incomes tend to bear a disproportionately higher cost of clean energy.

“We already know the debate that occurred in Ontario when electricity prices went up. If you can’t afford it, you’ll have a tougher time,” says Vasseur.

“One of the suggestions is how to better distribute the revenue coming from new energy sources so that it is more fair, such as a rebate given to families that have lower incomes,” she says.

The report lays out a plan that will result in Canada slashing its 2005 carbon emission levels by 80 per cent by 2050. The presence of carbon dioxide has been steadily and sharply increasing since the 1950s as a result of burning fossil fuels and other human activities. Carbon dioxide is one of the greenhouse gases that trap heat in the atmosphere, increasing the Earth’s surface temperature.

Vasseur and the other authors of the Re-Energizing Canada: Pathways to a Low-Carbon Future say the steps they’re suggesting will help meet a goal set by 196 countries in 2015 to avoid a global temperature increase of two degrees celsius from pre-industrial levels. Scientists report that a two-degree rise would have a range of serious impacts, including increases in heat waves, rainstorms, water levels and the total destruction of tropical coral reefs.