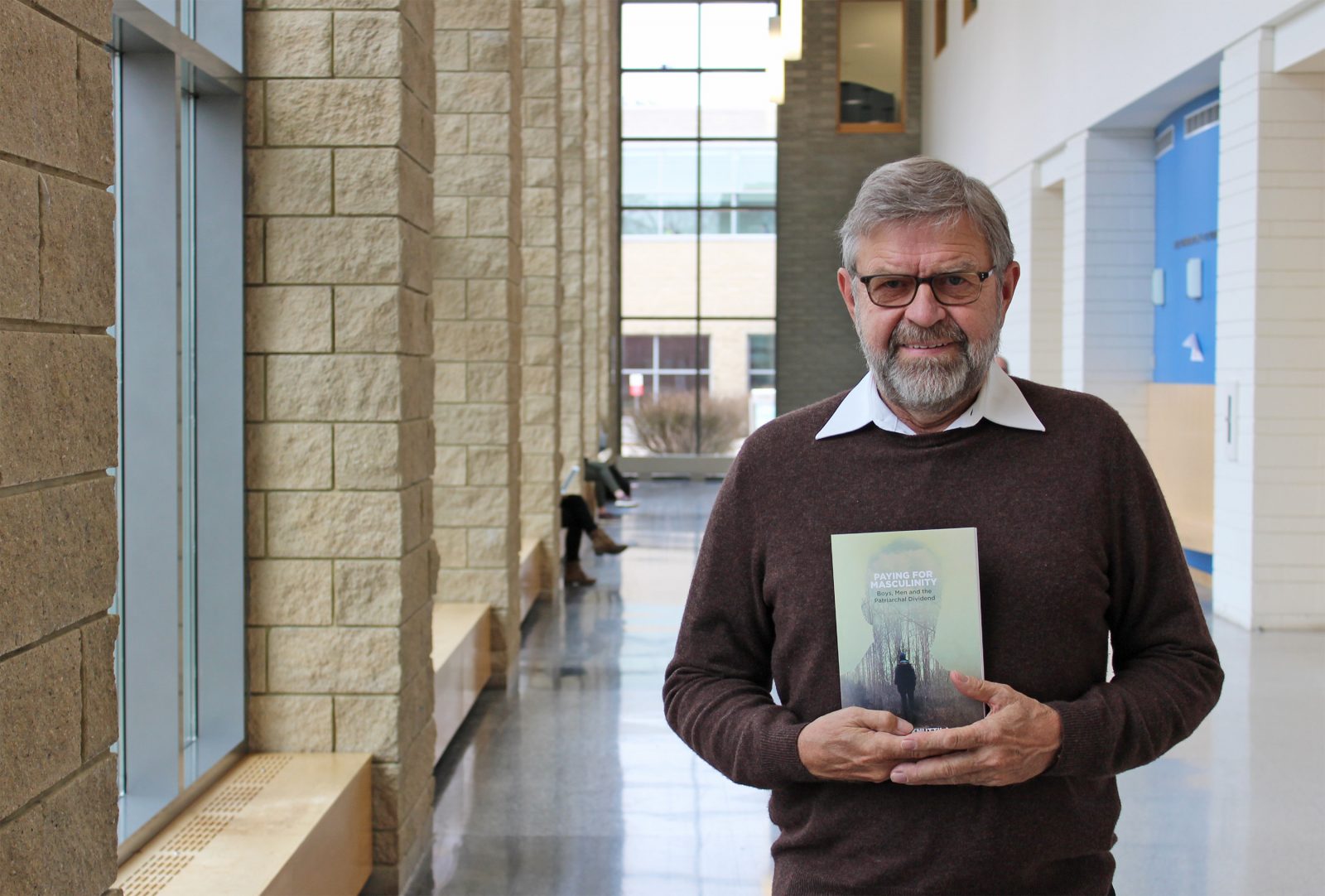 As the saying goes, ‘Boys will be boys,’ but a new book by a Brock University sociology professor argues that rather than being born rough and tough, boys are taught by society to be that way.

Professor of Sociology Murray Knuttila says young boys are no less sensitive, emotional and considerate than girls, and are actually more sensitive to certain aspects of the social environment.

In his book Paying for Masculinity: Boys, Men and the Patriarchal Dividend, Knuttila says ‘boy code’ has a harmful influence on the social, emotional and academic well-being of boys. As boys adapt to the norms of masculine behaviour demonstrated by society, some sensitivities and emotional characteristics are actually blunted and repressed.

“Patriarchy is a society — a form of organizing gender that privileges males — and we happen to come from a historical, religious, philosophical tradition that is patriarchal,” says Knuttila. “That notion of male superiority and male dominance as natural is really woven through our culture, our belief systems and our social institutions.”

Knuttila’s research focuses on hegemonic masculinity, which pressures boys to ‘man up’ and embody characteristics of toughness, aggressiveness and status and show little-to-no emotion. These themes are constantly represented in the news and the media, having a lasting negative effects on boys, he says.

The themes in action and western movies, comic books and the news are persistently themes of violence and inequality, having harmful implications for not only women and girls but also for men and boys.

These social pressures cause boys to lie about their experiences and feelings, have a lack of self-esteem and become unhappy. Boys and men may have many friends, but have a loss of human connection, also causing loneliness.

“The double-edged sword of patriarchy and the benefits that accrue to men within patriarchy is that it comes at a cost to men and to women,” says Knuttila. “We have to ask ourselves, ‘is it worth it?’”

Knuttila’s goal with his book is to encourage men to think about how they practice gender, who benefits from these practices and the costs to themselves, others around them and society as a whole.

“In order to have social change and to erode the dividend, society must challenge hegemonic masculinities,” he says. “We need to start with ourselves and change as individuals, re-evaluate how we ‘do’ gender, how we support women and how we engage with others. There needs to be institutional change, political engagement and a shift in the media and the influence it has on our society.”

Knuttila has recently been appointed as Visiting Scholar in the Ruralia Institute at the University of Helsinki to present his work and collaborate on research analyzing the relationship between hegemonic masculinity in rural areas and rural men’s health in May and June of this year.