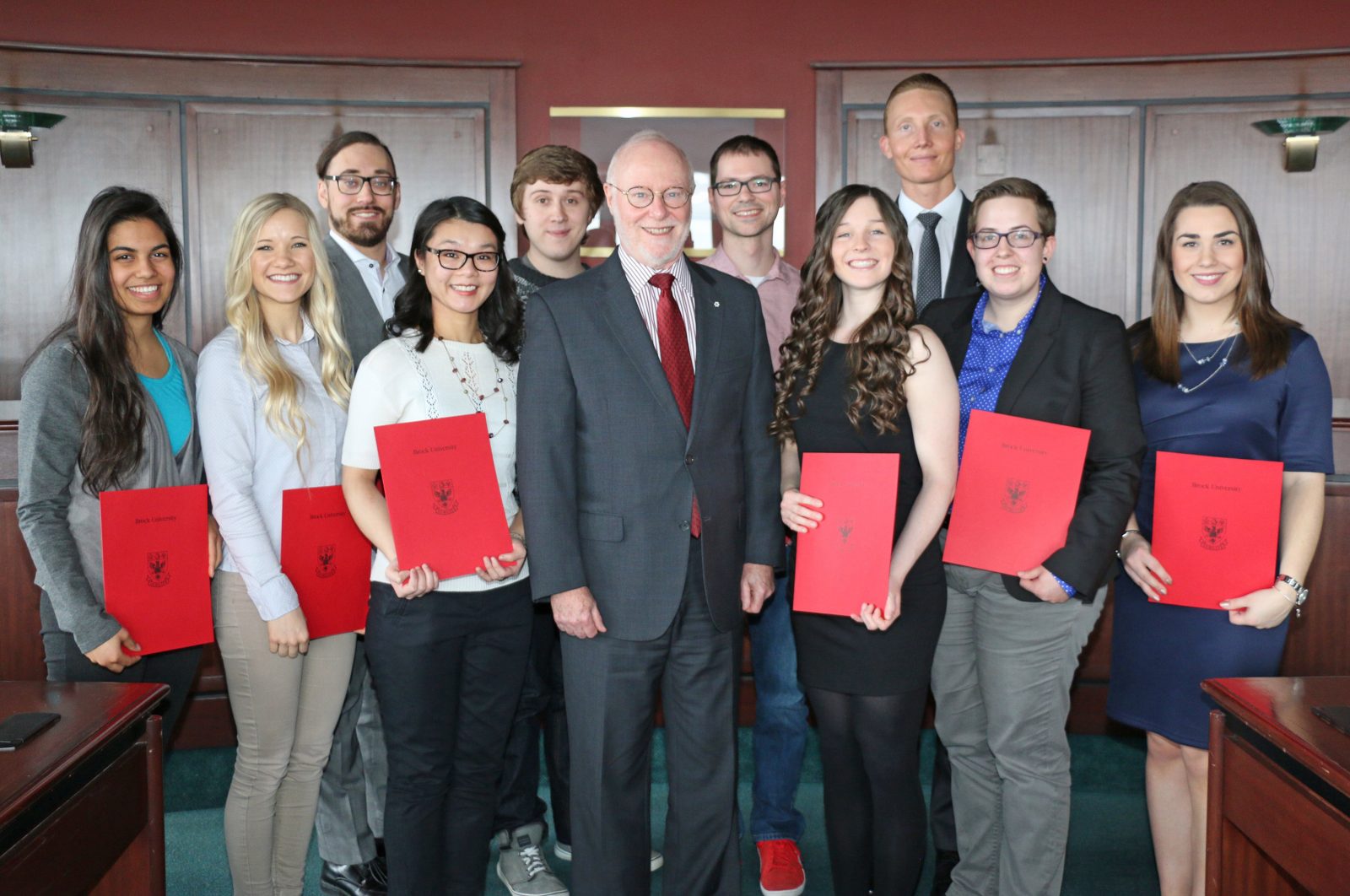 Ten outstanding Brock University graduate and undergraduate students are being recognized with the 2016-17 President’s Surgite Award.

The annual award recognizes students who have demonstrated exemplary leadership in a student club, organization, association or team; done something exceptional that helped to advance Brock’s academic reputation; made a significant contribution to student life at Brock; or provided a valuable service to Brock or the Niagara community.

The winners were honoured during a reception hosted by Interim President Tom Traves on Wednesday, April 5.

“We have tremendous students at Brock and they all work really hard, but we know in a large community of students some go above and beyond anything that’s ever expected of them,” Traves said during the reception, where he spent time thanking the award winners for their contributions.

He called it important for the University to recognize leadership among the student body and to show appreciation for outstanding efforts.

The President’s Surgite Award winners each received a certificate of achievement and $1,000.