A frosty inquiry brings winemaker back to Brock 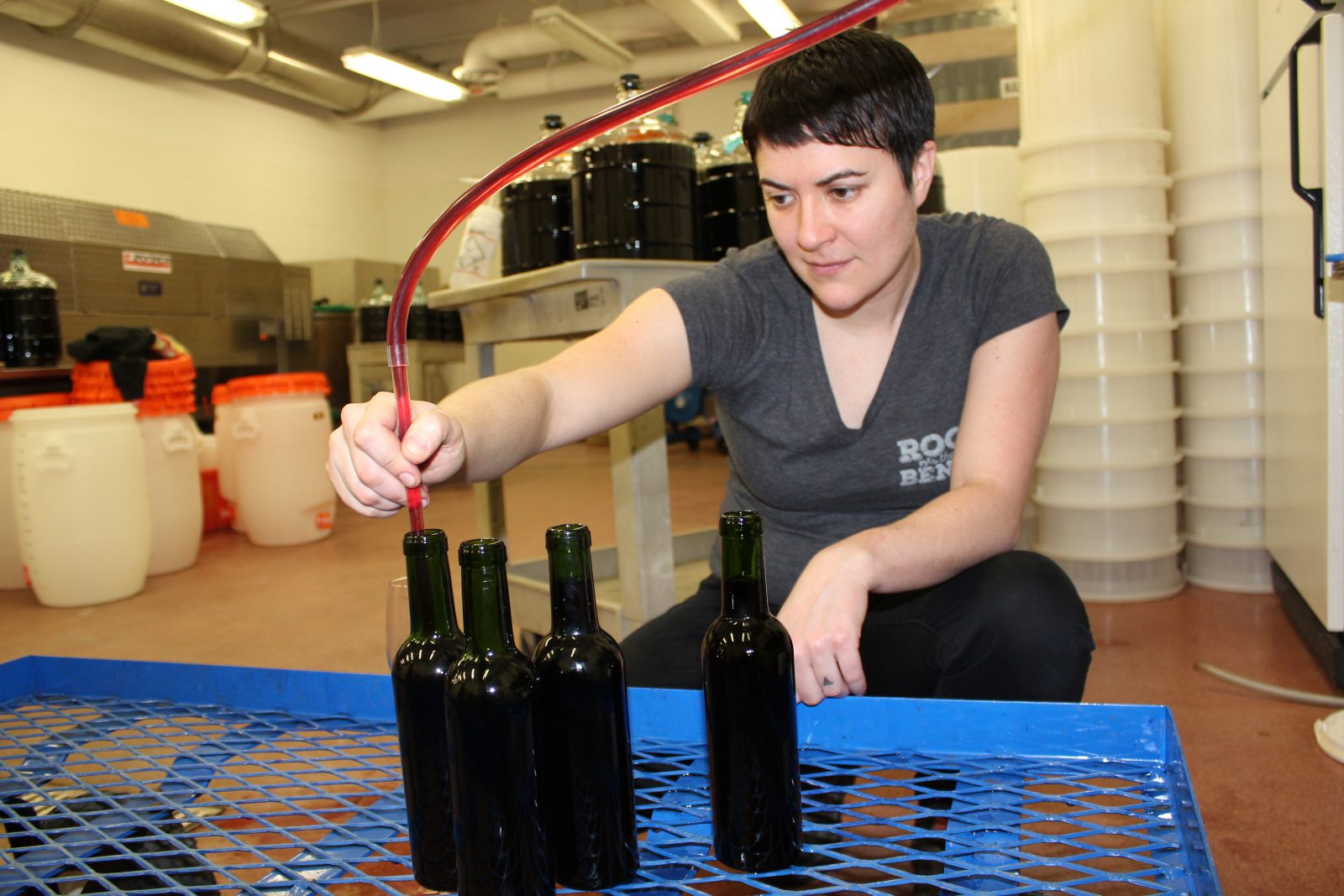 When Niagara vineyards were hit by an early frost during the 2015 harvest, winemakers like Emily Aubie (OEVC ’13) were puzzled by the impact the frost was having on their wines.

What Aubie and other Ontario winemakers were noticing was that when Cabernet sauvignon and Cabernet franc were machine-harvested after a frost, the wines had an unfavourable floral/green aroma, decreased colour intensity and a bitter taste that lingered on the palate.

Frosted leaves and petioles — referred to as MOG (materials other than grapes) — that weren’t present when the grapes were hand-picked were thought to be impacting the wine fermentations.

With no concrete answer, the problem was brought to Brock’s Cool Climate Oenology and Viticulture Institute (CCOVI). Aubie was invited to return to Brock as a post-doctoral fellow to get to the bottom of what was happening based her winemaking knowledge and PhD in chemistry.

“The goal is to help improve the quality of wines in Niagara,” Aubie said. “However, this work could have a global impact in the face of climate change when regions who don’t typically have frost exposure during the growing season encounter an early frost.”

They started by gathering samples of impacted wines from two commercial wineries for analysis, while planning a research trial during the 2016 harvest. Preliminary chemical analysis on the commercial wines showed elevated levels of the unfavourable floral compounds. Next, Aubie will look to a sensory panel to see if these compounds are present at a level that can be detected by consumers.

To understand what compounds are impacting the fermentation, a trial examining the impact of frosted leaves and petioles — the stalk that joins the leaf to a stem — is also underway.

“Traditionally people have been more concerned about the addition of petioles,” Aubie said. “But no one has ever looked at the impact of increased leaves after frost.”

Understanding the impact of the frost will allow the researchers to provide the industry with best practice guidelines and details on managing the unfavourable characteristics.

Aubie and CCOVI are looking to secure funding to continue this work. Next, they’ll examine how the unfavourable characteristics are impacted by alcohol and heat extraction; the amount of time grapes and MOG are soaked prior to ferment; and the impact different yeast strains have.

The project is funded by Ontario Grape and Wine Research Inc. and through in-kind support from Andrew Peller Ltd. and Diam.