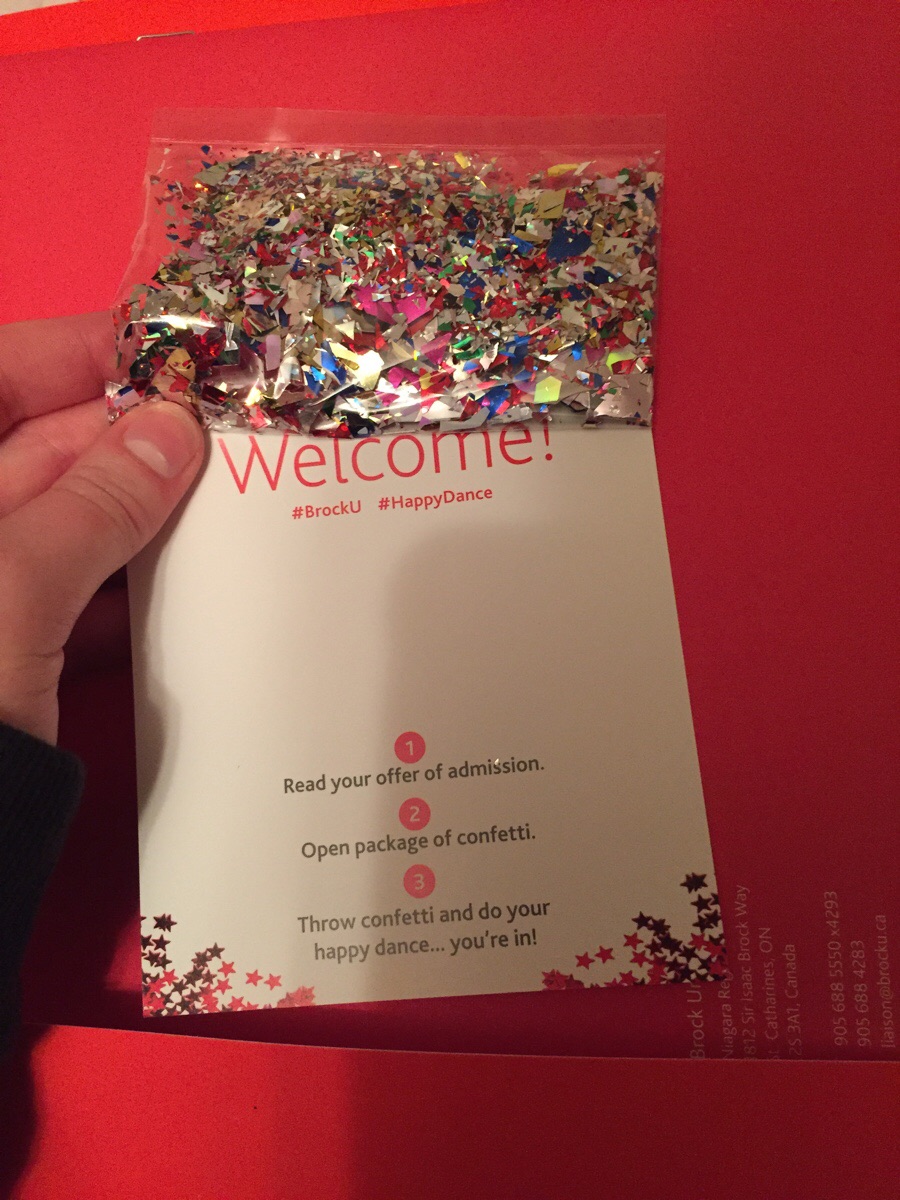 On Thursday, a photo of Brock University’s ‘welcome confetti’ was posted by Reddit user oneplustwoisthree with the comment “I received this with my offer from a university I applied to.”

Reddit is hugely popular social media platform with more than 234 million users. In order to make it onto the front page, a post has to attract the attention of Reddit users, who up vote a post. The more up votes a post gets, the more attention it gets.

Admissions staff at Brock first started sending the bags of colourful, sparkly confetti to incoming students in early 2011. Every spring, as hundreds of the packages are sent out to students, the University is flooded with social media posts using the #BrockU and #HappyDance hashtags featured on the cards.