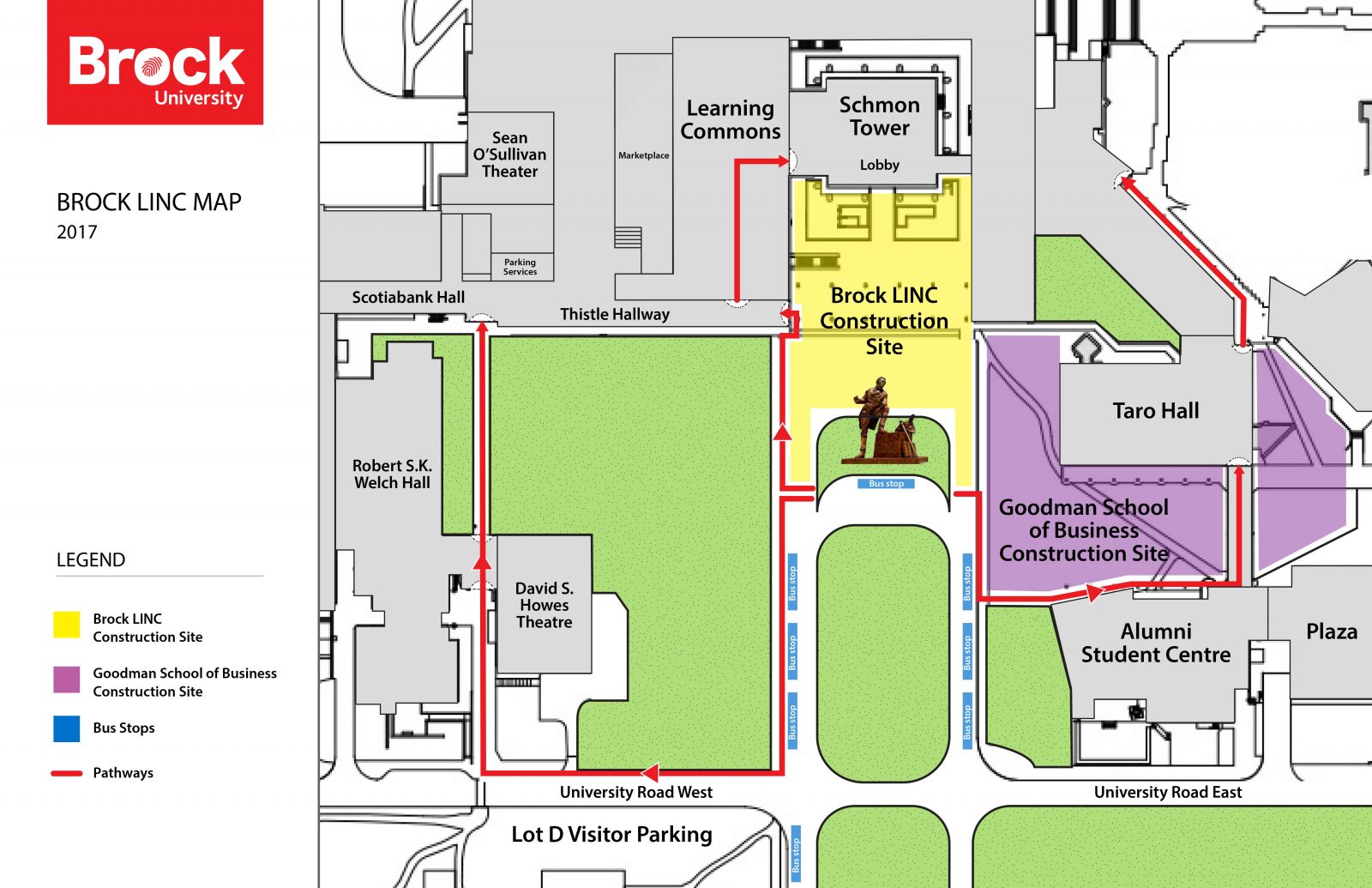 Starting as soon as Monday, April 3, a major building project in front of the Schmon Tower will mean more than a year of detours for pedestrians getting into the University’s landmark building.

Work is about to begin on the new Brock LINC, a $19.2-million initiative that will create two storeys of striking new learning and innovation space in what is now the covered but open-air forecourt of Schmon Tower. The Brock LINC is funded in part by the Government of Canada’s Post-Secondary Institutions Strategic Investment Fund (SIF).

Transit buses will continue to use their current stops on Sir Isaac Brock Boulevard, however the Schmon Tower forecourt will be barricaded off for construction and the front doors of the Tower will be closed for more than a year.

That means students, staff and visitors who typically use the entrances near Schmon Tower to access the school will notice their normal routes will be altered.

The doors from Thistle hallway that face east into the area will remain accessible, so anyone who needs to access the Schmon Tower lobby will be able to enter there, walk through the Learning Commons and then out into the lobby.

Another option for those needing to access the tower, Thistle Complex or Mackenzie Chown is to head east around the Goodman School of Business construction project, through or around Taro Hall and then enter the doors leading to Mackenzie Chown A Block from Jubilee Court. 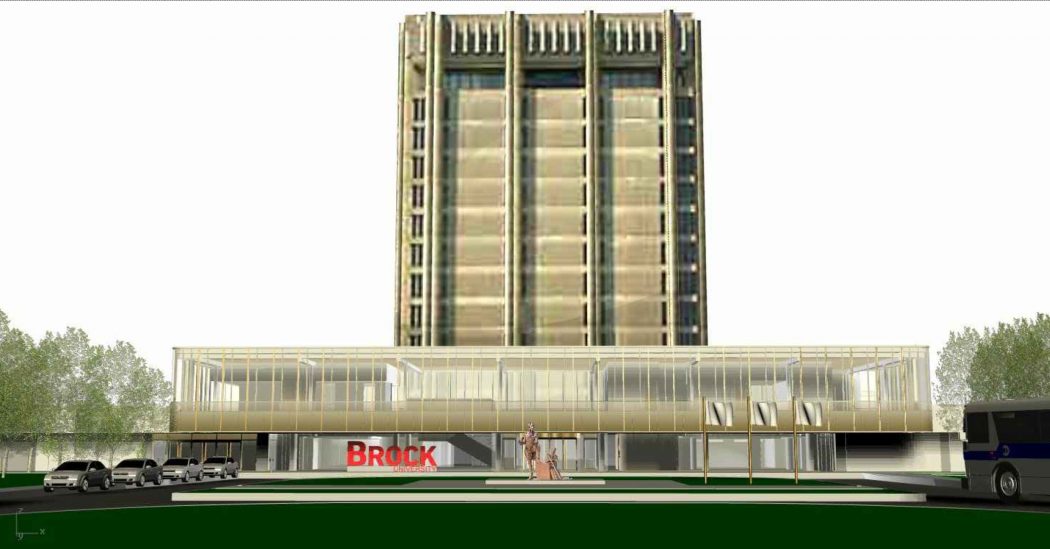 A rendering of the Brock LINC Project.

FOR THOSE ARRIVING BY BUS:

To get to Schmon Tower lobby, follow path to the west of the construction zone and enter the Thistle hallway doors. Walk through the Learning Commons to the lobby.

To get to Taro Hall or Mackenzie Chown, cross Isaac Brock Blvd., walk in front of the Alumni Student Centre and into Taro Hall.

FOR VISITORS PARKING IN LOT D:

To get to Schmon Tower lobby, follow path between Welch Hall and David S. Howes Theatre to Scotiabank Hall. Walk east, through the Learning Commons to the lobby.

To get to Taro Hall or Mackenzie Chown, cross Isaac Brock Blvd., walk in front of the Alumni Student Centre and into Taro Hall.

A rendering of the Brock LINC Project.