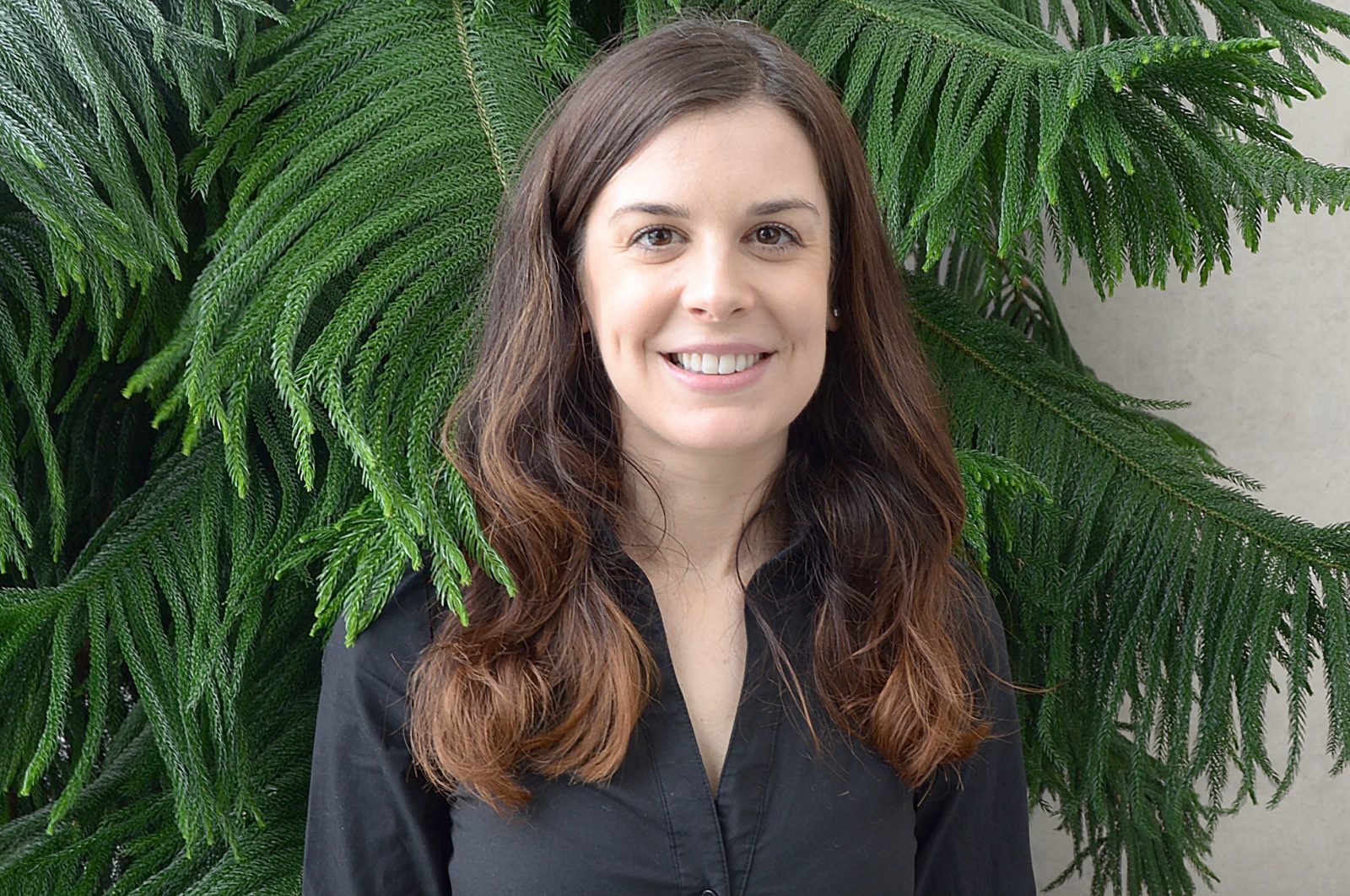 PhD student Michelle Przedborski created a video highlighting her physics research that has made the Top 40 in the NSERC Science, Action! competition.

It was an endless source of fascination that sat on the desks of many executives in the late 1970s and throughout the 1980s.

With its signature row of five silver balls suspended from a metal frame, it was known as Newton’s Cradle or the Executive Ball Clicker.

When a ball was lifted at one end of the row and dropped back into place, it would cause the ball at the opposite end to swing upward while the middle balls stayed put.

Far from being just a passing fad, the desk toy illustrates the theories and principles behind PhD student Michelle Przedborski’s physics research.

She explains her work in Grains, Chains and Solitary Waves, a 60-second video she created and submitted to the NSERC (Natural Sciences and Engineering Research Council of Canada) Science, Action! Competition.

Przedborski’s entry, along with three others submitted by Brock students, made it into the Top 40 in the national student research contest and is in the race to make the finals.

Przedborski studies how energy moves through balls of various sizes.

These balls, which can be made out of steel, rubber or any other material, are called ‘grains’ and are placed side-by-side, slightly touching in rows called ‘chains.’

When the ball on one end is hit, the force creates energy in the shape of a wave that surges through the row of balls. This energy is called a ‘solitary wave.’

“I’m studying how the solitary wave properties depend on the grain shapes or grain materials or other factors,” Przedborski explained. “If you have softer grains, for example, then the wave travels slower.”

Knowing how and why the balls are able to slow down or speed up energy waves is crucial for the design of components, such as shock absorbers, in machinery dealing with movement.

The scope of Przedborski’s work looks beyond the machinery components.

When she snagged a prestigious Vanier Canada Graduate Scholarship back in 2013, Przedborski started out by studying superconductors — materials ranging from elements, such as aluminum and mercury to metallic alloys, to compounds, such as the high-temperature copper oxides, which show unusual electrical and magnetic properties below certain temperatures.

“If superconductors were implemented into the world’s electrical power grid, energy losses could be minimized,” Przedborski said at the time of receiving the scholarship. “This could help to sustain the world’s increasing power needs.”

Motivated by her passion for clean energy, Przedborski’s research eventually led her to examine concepts of solitary wave movement.

She sees tremendous potential in the fact that softer balls can absorb energy.

“This can be used to develop energy harvesters,” Przedborski said. “The idea is that you would take some ambient vibration and focus that energy to some point in the chain, where that energy will be stored.

“You can connect these soft balls to an electrical setup and actually tap into that energy when you need it and convert it into some useful form.”

The 15 NSERC competition finalists will be announced no later than April 5.

Editor’s Note: This is the fourth in a series of four stories profiling the four Brock University students in the running to win the NSERC (Natural Sciences and Engineering Research Council of Canada) Science, Action! competition. All four videos are available for viewing on a recent article published in The Brock News.