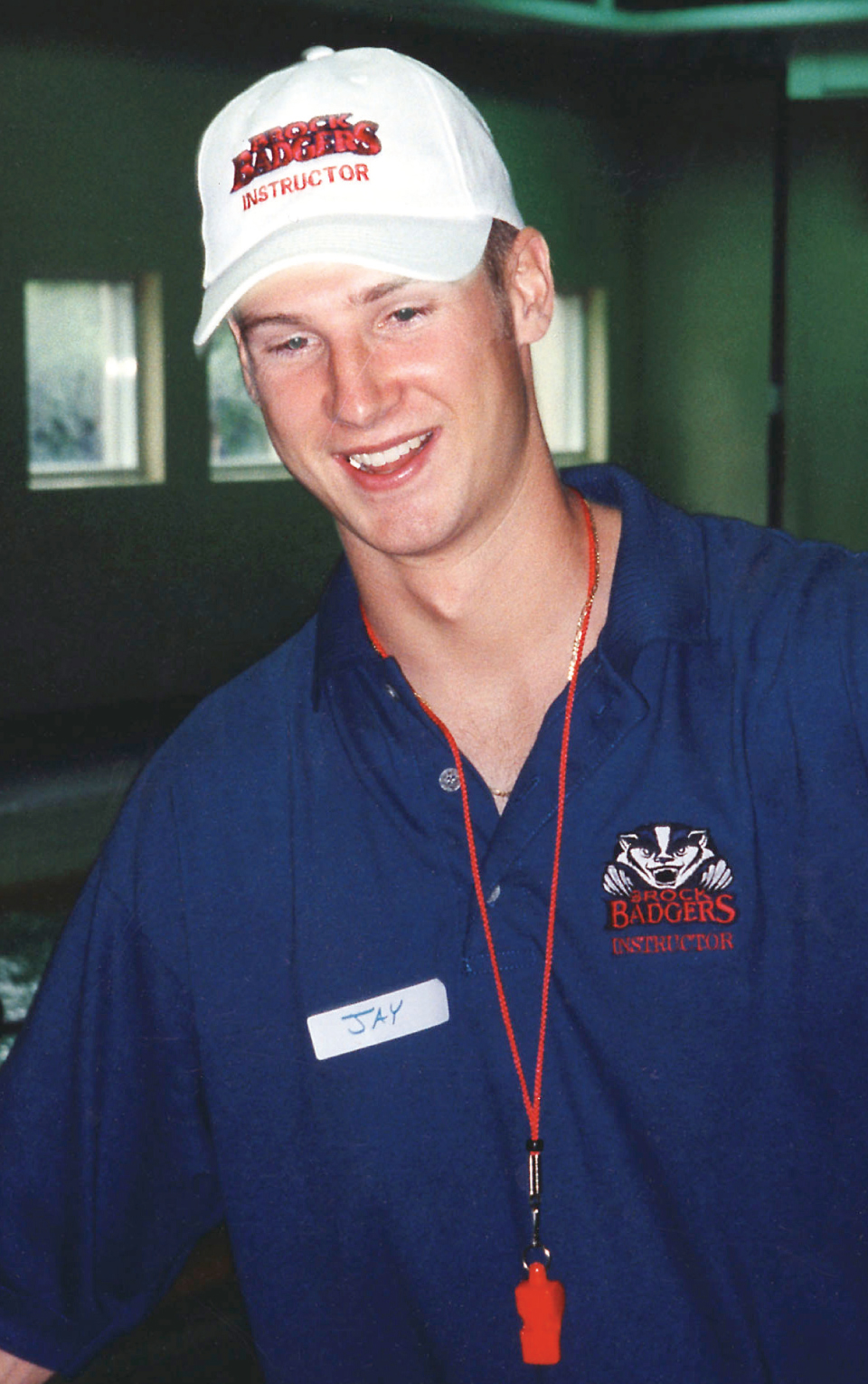 There are hundreds of names on the Brock Sports athlete awards wall in Walker Complex. Hundreds of amazing accomplishments. Hundreds of stories.

The year marks the last time Brock fielded a team before bringing the sport back this year after a 15-year hiatus.

And the name Jason Pearson? His is a tragic story of a young man taken from this earth far too soon, but whose memory lives on through an annual scholarship and memorial varsity games.

On Saturday, Jan. 21, Pearson will be remembered with not just one memorial game, but a full schedule of men’s and women’s volleyball and basketball games.

Jason Pearson was one of those naturally gifted athletes that make people jealous.

For all intents and purposes, he was a basketball player, and one hell of a player, at that. A constant three-point threat, he played for the Brock Badgers in 1998-99 and 1999-2000, his first two years at the St. Catharines school.

He wanted a new challenge for his third year at Brock, so the Guelph native joined the men’s volleyball team and, in typical Jason Pearson fashion, ended the year as the team’s most valuable player.

Not that he wanted the praise, but it meant Pearson’s name would forever be found on that wall of athletic greats in the hallway of Walker Complex.

Pearson told his family and friends he planned to re-join the basketball team in the fall of 2001, but tragically, he would never be given the chance.

In the early hours of June 8, 2001, Pearson was a passenger in a car with three friends, including Brock basketball player Ryan Dudley, when a drunk driver crossed over the centre and hit them head on.

In an instant, at the age of 21, Jason Pearson was dead.

As word of Pearson’s death spread around the University, it didn’t take long for the seeds of a memorial game to take root.

Since basketball was his first love, and with the men’s volleyball program being shelved, an annual basketball game in his honour was launched.

“It was a rallying effort of everybody who was so closely connected to Jason,” said his father, Larry Pearson.

Along with that came the Jason Pearson Memorial Award, given to a men’s basketball player each year who represented all of the qualities that made the award’s namesake such a good young man.

Part of the reason why Pearson was still in Niagara on that fateful June day rather than back at home in Guelph was that he chose to stay in here to help out with Brock summer camps.

“He stayed there and worked in community outreach. It was something that was very important to him,” Larry Pearson said. “Jason loved the school and everything about it.

“It makes me feel good that we’re able to recognize Jason every year and help another young man who is kind of in the same situation as he was.”

Though the timing of the Jason Pearson Memorial Game has moved around over the years, it has always been a basketball game used to remember the two-sport athlete.

But when the decision was made to bring men’s volleyball back to the Brock Sports roster, Larry Pearson gratefully made a donation to help support the new program and coach Doug Hanes, who he coached as a player back in the 1970s at the University of Guelph.

Making this particular weekend even more appropriate to host the memorial game is that the Brock volleyball teams are hosting the University of Windsor Lancers. Lucas Hodgson, now coach of the Lancers women’s team, was driving the car his friend Jason Pearson was in when it was hit by the drunk driver in late spring, 2001. Dudley, who finished his career as the third-leading scorer in Brock basketball history, will also be at the games Saturday.

“I am so happy to be able to be part of this day,” said Hodgson. “I have been lucky enough to be at most of the basketball games in Jay’s honor, but for his memory to carry over to the volleyball program is great as well. Larry has made sure Jay’s memory lives on and we are proud to be able to celebrate that along with him.”

For Larry Pearson, the memorial games are something he holds close to his heart.

“It’s very special just because I know how important that school was to him,” he said. “It’s trying to maintain a really positive memory of a young kid who contributed a lot to the school not only through basketball but through the other things he did.”