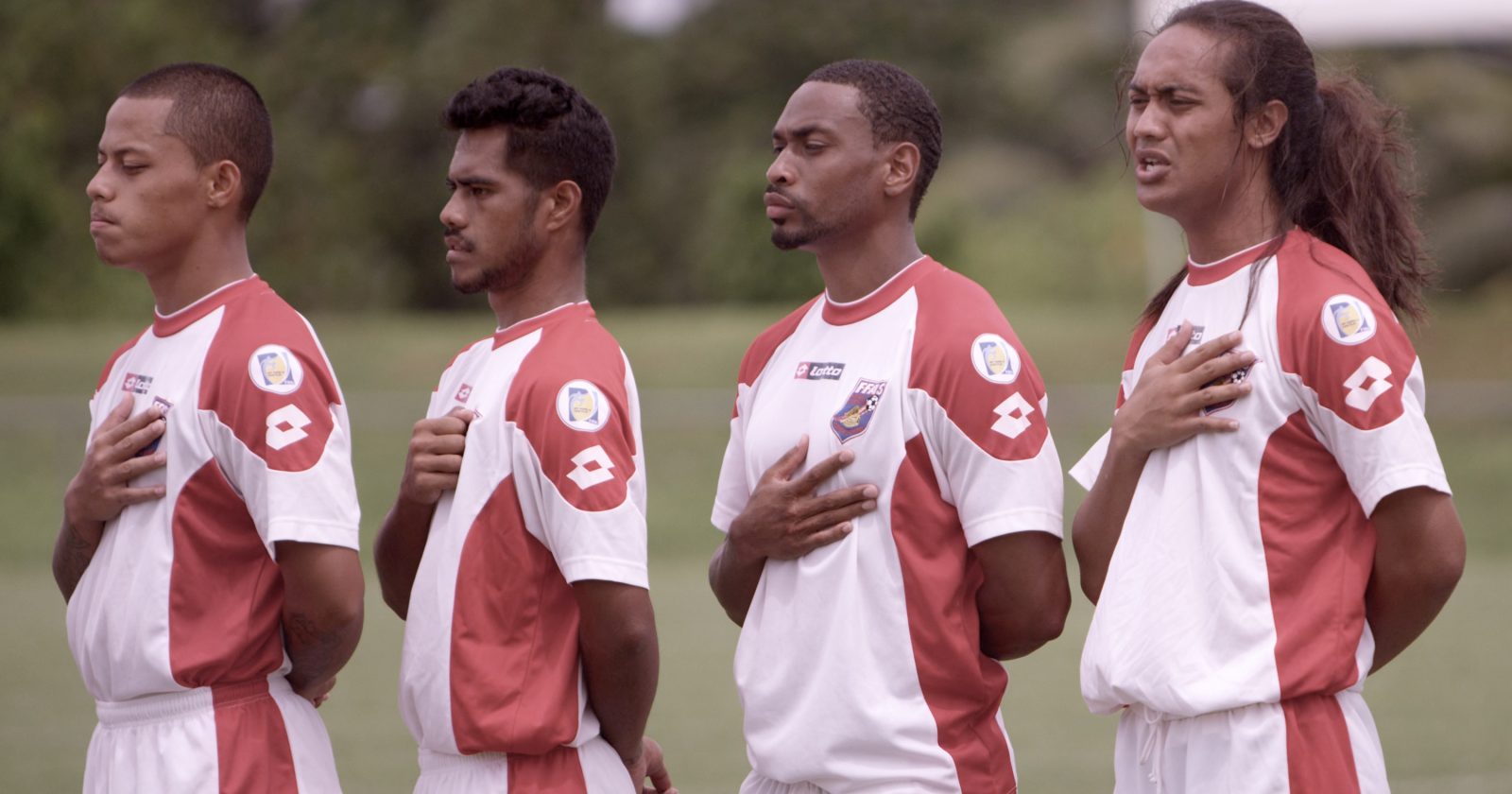 Members of the American Samoan national team sing the national anthem before a soccer match in a scene from the film Next Goal Wins, which will be screened at the Canadian Sport Film Festival at Brock in March. Photo courtesy of Madman Films.

Brock University is bringing a film festival dedicated to promoting the physical and social benefits of sport to Niagara.

Brock’s Faculty of Applied Health Sciences is partnering with the Canadian Sport Film Festival (CSFF) to screen four films in Niagara in March.

The CSFF at Brock will take place March 17-19 in the theatre at the Marilyn I. Walker School of Fine and Performing Arts in downtown St. Catharines.

Applied Health Sciences Dean Peter Tiidus called the film festival a natural fit because one of the Faculty’s goals is to promote physical activity because of its long-lasting health benefits to both body and mind.

“I am very excited to announce this unique opportunity for Brock and our extended community,” said Tiidus. “The CSFF has been very successful in the larger urban centres of Toronto and Winnipeg and I look forward to welcoming the organizers and filmmakers to Niagara.”

The CSFF has a reputation for providing a welcoming environment for critical analysis and discussion about stories and themes represented in films.

“The Canadian Sport Film Festival is an educational, informative and entertaining way to engage with personal and political stories told on film through sport,” said CSFF founder Russell Field.

“We are excited to bring CSFF to Brock and are selecting films, not only based on their popularity at past festivals, but also films that inspire healthy dialogue and discussion surrounding important social issues,” said Kinesiology Professor Cathy van Ingen, who is a member of the organizing committee for the festival at Brock.

Films will be followed by either a Q&A session with someone from the movie, or a moderated discussion with FAHS faculty about the main themes of the film.

Film titles and ticket information will be released in February.