Boldly exploring the final frontier of microcirculation of skeletal muscle 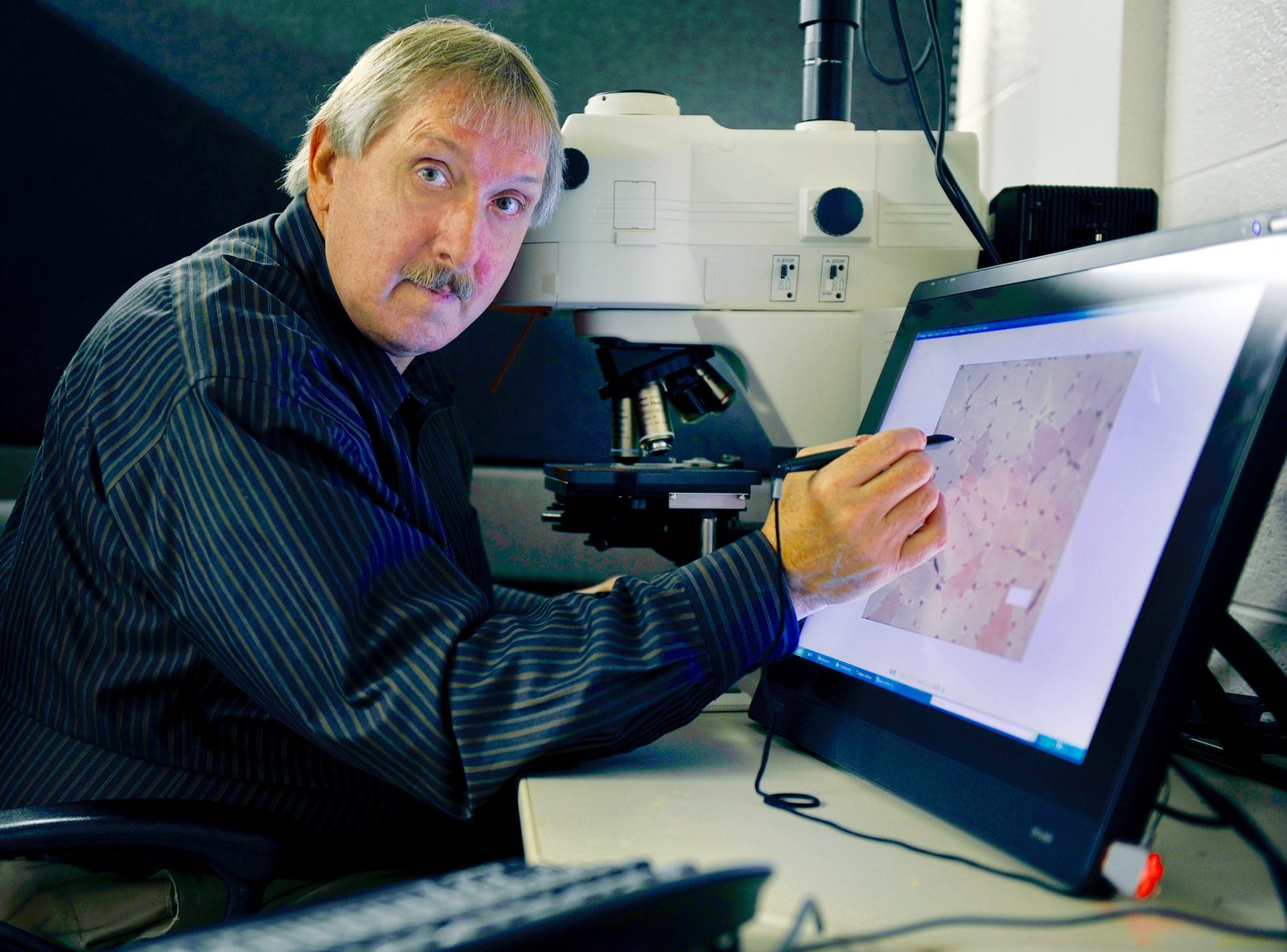 Mike Plyley, who stepped down in the summer as Brock’s Dean of Graduate Studies.

It’s no surprise Mike Plyley is an avid fan of the Star Trek TV shows and movies. Their theme of “boldly going where no man has gone before” captures the spirit of Plyley’s 40-year career as a microcirculatory researcher.

His research has aimed at better understanding how the structural arrangement of capillaries and muscle fibre affects the supply of oxygen and nutrients to, and the removal of waste byproducts from, our skeletal muscle.

But while Plyley and other researchers typically seek new discoveries and knowledge, he learned early on that it’s also important to boldly explore issues and questions of others who have gone before. That’s how Plyley, who stepped down in the summer as Brock’s Dean of Graduate Studies, started his own career.

Back in 1972, after finishing his bachelor’s degree at the University of Western Ontario, Plyley was asked to remain at Western’s Department of Medical Biophysics and join the Microvascular Research Group, led by Professor Alan Groom.

Plyley recalls walking into Groom’s office to discuss the potential direction for his master’s research. Following the meeting, he developed a series of studies to re-examine the longstanding research of August Krogh, who received the Nobel Prize in physiology in 1920 for his discovery of the motor-regulating mechanism of capillaries, the tiniest blood vessels in skeletal muscle.

Prior to his Nobel-winning research, Krogh had conducted studies to determine the number, distribution and surface area of capillaries as part of his research concerning respiratory gas exchange in tissue.

Groom told Plyley that Krogh estimated as many as 10 to 15 capillaries supply oxygen to each muscle fibre. Groom, a highly respected researcher in the field, believed the number had to be much less — possibly as low as three or four, and likely no greater than six, depending on the size and shape of a given muscle fibre.

“It seemed sacrosanct to be asked to challenge the work of someone of Krogh’s calibre,” says Plyley. “Krogh was and still is revered in the field, as the concepts that he developed are still the cornerstones for many studies and mathematical analyses of diffusion in tissue, to this day.”

But Plyley and Groom proceeded with the research, and in 1975 published their results in the American Journal of Physiology. Their findings confirmed, as Groom suspected, that indeed the capillary supply of any given muscle fibre averaged four to five capillaries, with a range of one to nine. They also found that the supply of capillaries was similar in various muscles across the animal kingdom, including human skeletal muscle.

So, did Krogh miscount? Not exactly.

Plyley says the differences in capillary counts was due to different procedures and methods available in the two eras. Krogh’s technique a half century earlier involved staining capillaries, but it also stained the nuclei of the adjacent muscle tissue, which may have then been included in the capillary count.

However even if the capillary count was distorted, says Plyley, Krogh’s findings were a breakthrough and a critical key to future research.

“Krogh’s concept that each capillary supplies oxygen and nutrients to, and removes waste products from, a circular cross-sectional area of tissue, with a radius equal to the ‘Krogh diffusion distance’, still stands.”

Plyley’s own research was largely put on the sidelines during his five years as Dean of Graduate Studies, as he focused on continuing the development of a rich graduate experience for Brock’s 1,700 master’s and doctoral students. He was particularly committed to strengthening the connection of graduate scholarship and research to Brock’s transdisciplinary directions, and developing professional skills programming for graduate students through the VITAE program and the Mapping New Knowledges graduate student research conference.

Despite the demands of senior administration and FGS leadership, Plyley found bits of time to keep abreast of research activity in his field, continuing his Friday morning ritual of reviewing newly published articles in his field.

When his term as Dean ended on June 30, he shifted back to research mode and catching up on some 250 published papers on the capillary supply of muscle that he accumulated over the past five years. Plyley now plans to spend his administrative leave examining these papers and adding their data to a database that is his legacy project to his research field — and his labour of love.

“The database on the capillary supply of human skeletal muscle will incorporate data from 400 or so published papers, and will include results from males and females, young and old individuals (age 2 to 85 years), untrained, trained, and well trained individuals (including Olympic-level athletes), and those with chronic diseases, such as heart disease, COPD and neuro-muscular disorders.”

Once the human database is ready for use, he’ll begin creating a second one with skeletal muscle data from the animal kingdom, thus allowing virtual studies from both comparative and developmental perspectives. The intention is to house both databases in the Brock Library — a searchable resource for researchers in his field to explore issues and questions that cannot readily be examined.

Plyley wants the database to help researchers, including young graduate students, boldly go forward and advance the field in exciting ways, and at the same time attract new graduate students to Brock to study in Brock’s Centre for Bone and Muscle Research.

“The plan would be to allow researchers to go into the database and extract the data they need to apply to their own work, or to frame new questions that need to be asked and answered.”