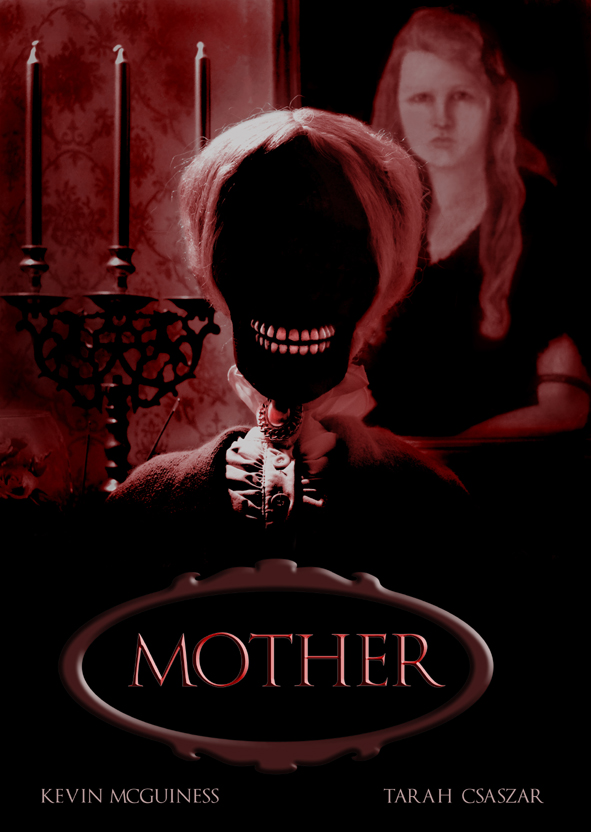 A timid son carries on a conversation with his elderly mother in a dimly lit parlour. The mother lovingly offers her maternal wisdom. But as the audience soon finds out, she has been dead for years.

For more than a decade, Brock PhD candidate in Interdisciplinary Humanities Kevin McGuiness has been producing movies that garner international recognition.

His most recent film, Mother (2016) is a short horror film that chronicles the relationship between a mother and son. It has been accepted at seven film festivals in Canada, the U.S. and the United Kingdom. The film has also been nominated for Best Student Film at the Scream in the Dark Film Festival in Nebraska.

McGuiness has produced eight horror films since 2010, using actors from Niagara and winning awards locally and internationally. His most recent films are Lady Death (2015), Mother and the upcoming Norma.

He has always had a fascination with the horror genre and finds his inspiration in the classic horror films of the 1970s, such as John Carpenter’s Halloween and Tobe Hooper’s Texas Chainsaw Massacre.

The theme of misguided use of power is particularly interesting to McGuiness.

“Horror is a rare genre where a filmmaker is permitted the opportunity to examine the darker facets of human nature in a meaningful way,” he says. “There is something primal about horror — it terrifies us, but also permits the viewer an opportunity to purge themselves of the fears connected with mortality, such as the fear of death, loneliness and desperation.”

Ultimately, the genre reinforces the notion that even under such conditions, hope usually can survive.

McGuiness has turned his fascination with the genre into a doctoral thesis for the PhD in Interdisciplinary Humanities which explores the mythical figures of the Boogeyman and its incarnation in art and cinema. Professors Cristina Santos and Christine Daigle have both been highly influential in his work.

Many of his films have been informed by his academic interests.

“High T.N.T. (2013) was produced after I attended a Steampunk course at Brock and this film went on to win the Jury Award at the Render This Film Festival,” he says.

McGuiness finances his films independently and serves as writer, director and editor on all productions. Brock Classics graduates Tessa Little and Tarah Csaszar have both helped enormously with the production of his films.

He plans to continue making films in the future and has recently finished work on Norma, which will screen in a series of film festivals later this year.

Trailers for McGuiness’ films can be viewed on his YouTube channel.

Below is a trailer for Mother: