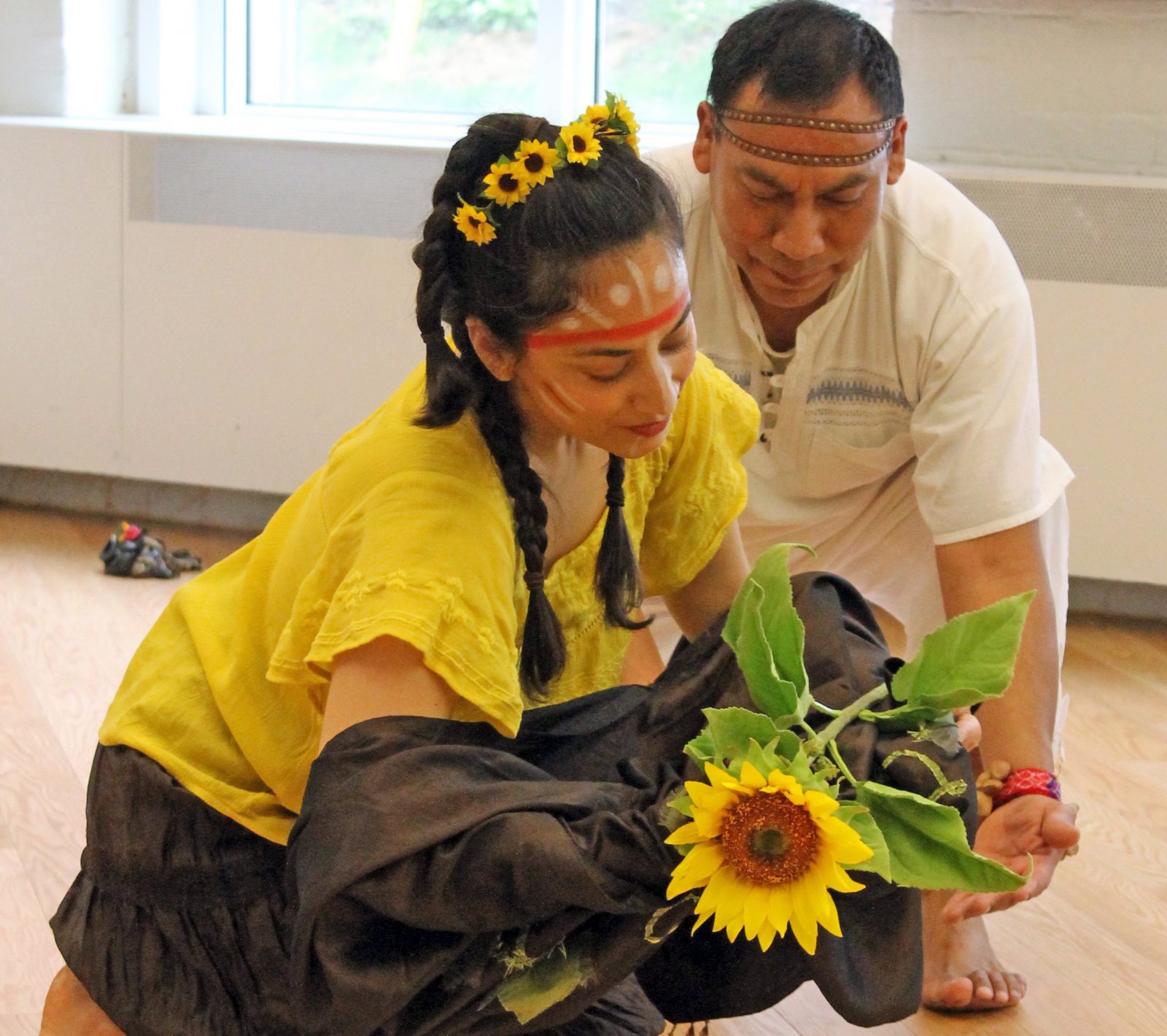 They are far away from home. They are seen, but not heard. They are vital to our economy, but are often overlooked or taken for granted.

It can be a lonely, frustrating experience for thousands of agricultural workers in Niagara and across Canada.

Brock University graduate student Heryka Miranda and her supervisor, Nancy Francis, a professor in the Department of Kinesiology, are researching how dance and movement can be used to provide some relief from feelings of homesickness and isolation often experienced by migrant farm workers.

The theory behind Miranda’s methods is called “movement-based expressive arts therapy,” or using our bodies to feel – and convey – thoughts and emotions that are often hidden, even from ourselves.

“Movement is a very unconscious, subliminal mode of communication and because of that, we will feel things, emotions, that we might have otherwise parked or pushed aside,” says Francis.

“When we release emotions, it’s very helpful; in other words, we can put them on the table and we can say, oh, I didn’t realize I felt that way, and we can deal with them and move on with our healthy lives,” says Francis, who is also Associate Dean in the Faculty of Applied Health Sciences.

Mexican and Guatemalan women and men across Niagara attended Miranda’s experiential “dance for relaxation” sessions in Spanish, where they participated in breathing exercises, guided visualizations, improvised movement to music and engaged in meditative drawing.

“One of the things that I tried with the workers is, when we talked about a feeling like we’re about to cry or we have this lump in our throat, then why don’t we all just shake together and see how that feels for us?” explains Miranda.

“We connect with each other,” she says. “It’s really about being in the moment. It’s trusting. It’s vulnerability. There’s no expectation that there’s an end product. It is process oriented: working though the art to explore emotions, sensations, ignite the imagination, provide yourself permission to express yourself through the artmaking.”

And, in the process, “the workers get to know one another on a deeper level; at times, without even saying a single word,” says Miranda.

Miranda is studying what these activities mean to the workers and assessing how these activates impact the workers’ lives. She hopes to develop programs that will increase migrant workers’ quality of life in Niagara and build bridges between them and the wider community.

According to the Regional Agricultural Economic Impact Study co-authored by Niagara Region, during 2011 “in Niagara, the $725 million in gross farm receipts generated an estimated $2.7 billion annual economic impact on the regional economy from primary production.”

Juan Luis Mendoza de la Cruz, one of Miranda’s research partners, is a worker from Mexico employed on a flower farm.

Mendoza has been labouring in Canada eight months of the year for 26 years. He says he is sad and frustrated that he can’t retire in Canada because, unlike foreign professionals and skilled workers, there’s no path for permanent residency under the federal government’s Seasonal Agricultural Worker Program.

“Some people say, ‘Oh, that’s just a farmworker.’ But they don’t realize that when vegetables like tomatoes and lettuce arrive on their table, it is our hands that provided this for you,” says Mendoza, adding that he thinks migrant workers should be allowed to apply for permanent residence status.

Miranda and Mendoza have choreographed a dance rooted in an Indigenous dance/theatre method called ‘land dancing,’ which Miranda learned from Indigenous choreographers and dancers in the U.S. and Canada. The two perform periodically for the community.

Mendoza says their dancing has helped to ease the isolation he sometimes feels.

“This (the dancing) is comforting for me, since it gives me light and motivation to follow my life projects, such as working with sunflowers, flowers that have been an inspiration to me all my life,” says Mendoza.

Doing physical activities such as dancing is a powerful way to communicate, says dance educator and research supervisor Nancy Francis.

“The beauty of movement is that it’s our first language when we’re born; it’s absolute magic,” says Francis.

Miranda and Mendoza will be performing their dance “The Sunflower Man” at The Precarious Generation National Forum in Ottawa Wednesday, Oct. 26. The Brock community is invited to watch their rehearsal in the dance studio of Walker Complex Saturday, Oct. 22 at 3 p.m.