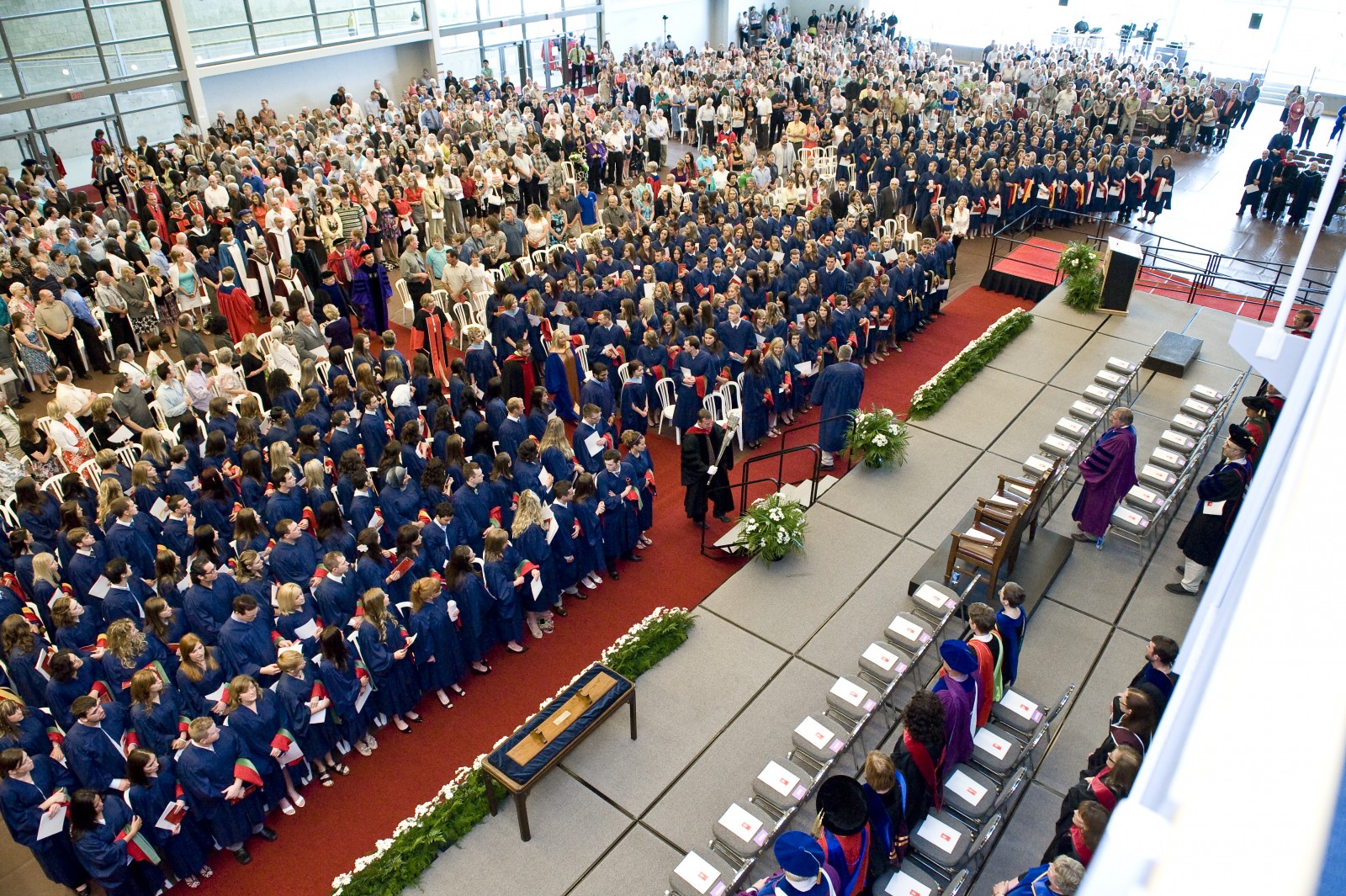 When nearly a thousand students cross the stage this Saturday during Brock’s Fall Convocation, they will be part of the 100th graduation ceremony in the University’s history.

Unlike the first convocation celebration in 1967, Brock’s centennial ceremony won’t take place under the open skies of “The Podium” in front of the Schmon Tower. Instead, the ceremony will be held in the climate-controlled and bright confines of the Ian Beddis Gymnasium. 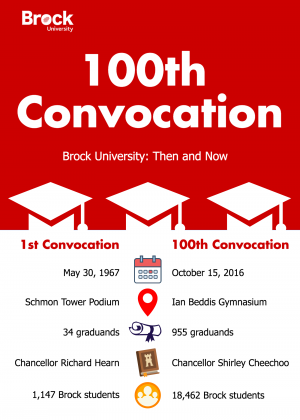 During two ceremonies at 10 a.m. and 2:30 p.m. on Saturday, Oct. 15, 955 undergraduate and graduate students will be conferred. Combined with the Spring Convocation held in June, a total of 4,468 students will have graduated in the 2015-16 academic year at Brock University. That’s a far cry from the 34 people who comprised Brock’s first-ever graduating class May 30, 1967.

Of this Saturday’s 955 graduands, 293 are grad students, 196 are international students and 41 are varsity athletics student-athletes.

Among the awards to be handed out Saturday will be the Governor General’s Silver Medals, handed out the two students with the highest academic standing out of all graduates in a first honours degree. Math and Computer Science student Stacey Van Herk finished with a 97 per cent average and Medical Sciences student Cameron Giles had a 95 per cent average.

Both convocation ceremonies are open to the public and media. 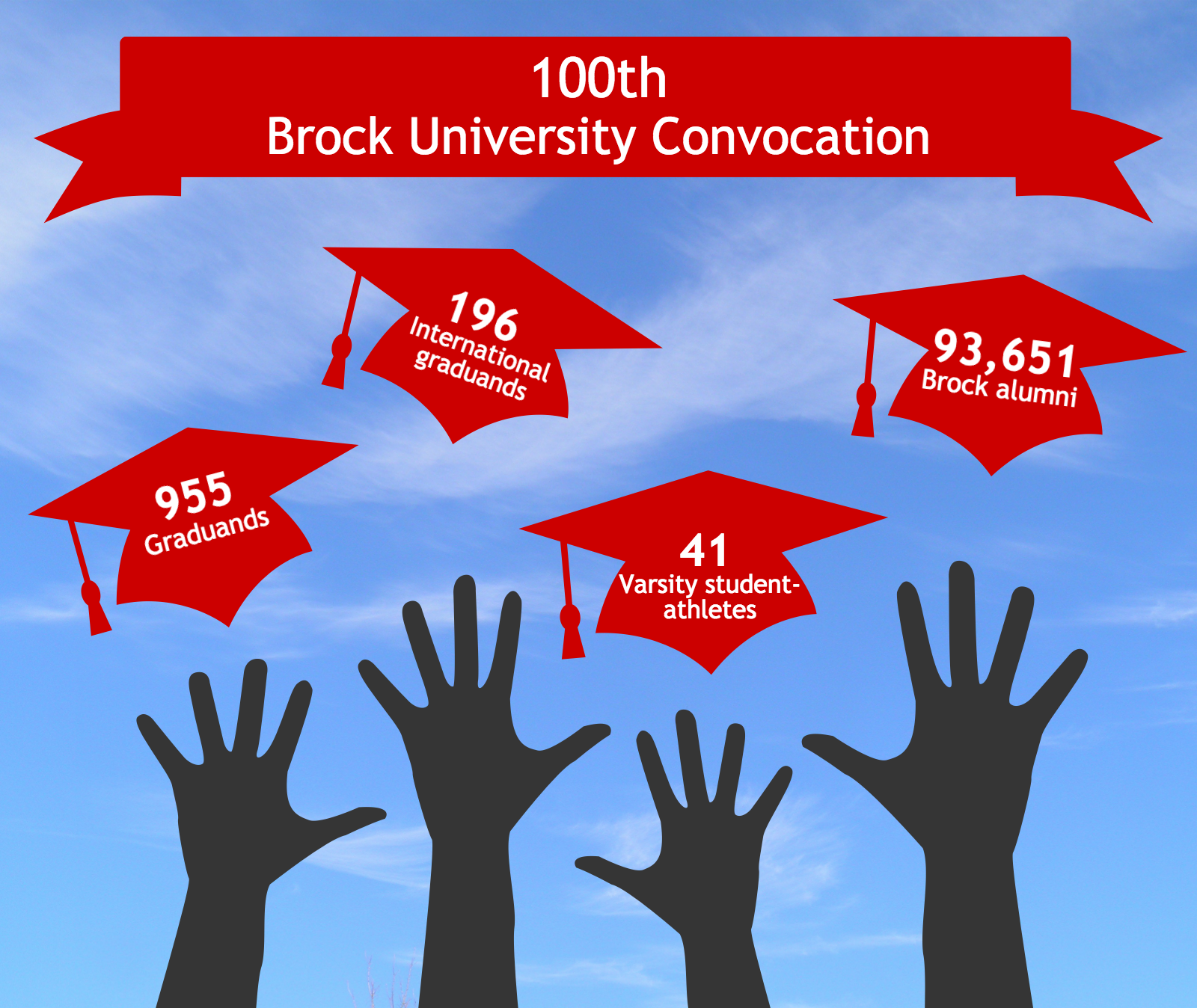