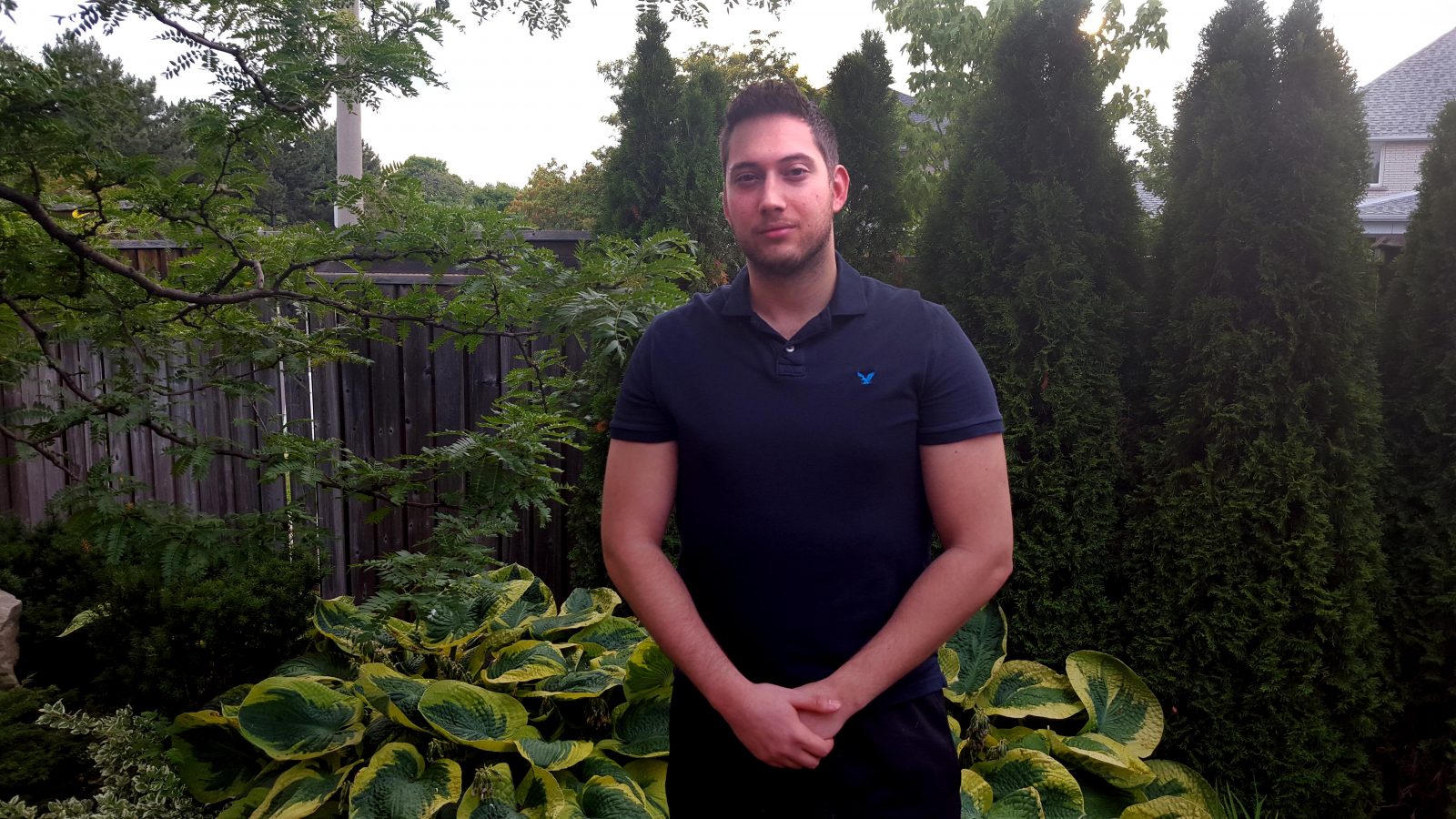 Justin Maltese couldn’t get much closer to a perfect grade average.

A 1.5 percentage point is all that stood in the way of Maltese scoring 100 per cent in the final year of his master’s degree in Computer Science. In addition to achieving a 98.5 per cent final average, Maltese finished the two-year program in only 18 months and, at the same time, successfully launched a start-up IT business.

Maltese was awarded the Governor General’s Gold Medal at Brock’s Spring Convocation, distinguishing him for achieving the highest academic average of the 2015-16 graduating class of 722 master’s and doctoral students at the University.

Maltese is the 29th graduate student to receive the award since it was established in 1987-88 academic year. Past recipients include the 1988-89 medal winner, Jens Coorssen, Brock’s Dean of Graduate Studies.

“Justin is truly deserving of this honour,” says Coorssen, who holds a BSc and MSc in Biological Sciences from Brock. “His success exemplifies the combination of dedication and passion, applied 24/7, 365 days a year, to pursue research and scholarship of the highest quality.

“Justin’s success also is a reflection of Brock as a 21st century institution that instills a spirit of innovation and entrepreneurship to drive students to excel and thus achieve the goals they set for themselves.”

Maltese is modest and humble about his success — it comes down, he says, to knowing what you want and having the drive to see it through.

And that comes naturally to the 24-year-old who was born and raised in east-end Hamilton.

“I’d describe myself as the type of person who is a go-getter. I want to progress forward and find out something new,” says Maltese. “I’m not easily put off by obstacles or road blocks. I have the patience to work through things because I recognize that the reward is waiting for me down the road.”

He admits that his success has meant making sacrifices. But those sacrifices came easier, he adds, thanks to the support and understanding of people around him, including his parents, girlfriend Dianna Cameron and Professor Beatrice Ombuki-Berman, his graduate supervisor.

Ombuki-Berman speaks highly of her outstanding student, particularly his personal attributes and promise as a researcher.

“His publication record is excellent for a student at his career level,” she says. “He has four publications in top computational intelligence conference proceedings. His MSc thesis currently is submitted to a flagship journal in his field of study. As well, his research work was well received in international conferences held in places such as South Africa and Japan.

“Given Justin’s determination, inquisitive nature, excellent academic background compounded with great interpersonal and leadership skills and level of commitment, I expect that Justin will be successful in whatever endeavours he chooses.”

Maltese considered doctoral studies as his next step. And while a PhD might be in his future at some point, Maltese decided this was the right time to go with his heart and pursue his dream of setting up a business.

Maltese has partnered with Brock graduate Chris Conley. The two met during their undergraduate studies at Brock.

Their new company, Spiffy, focuses on developing software solutions for companies to deliver employee customer service training. Currently, the company is working with international businesses in the restaurant and beer industry.

“The real incentive for our work comes from having a bad customer service experience,” he says. “Our sole focus is to provide companies with better learning techniques to train employees. We’ve developed an app and website that provides online training to employees that they can complete on their own time.”

The software is interactive, he says, and allows employees to engage in the training and have a more enjoyable training experience. It’s also designed to be nimble and to meet the ongoing employee training needs of companies when they launch new products and services.

On his LinkedIn profile, Maltese describes himself as a “startup enthusiast with a passion for creating software that solves problems in a particular niche, especially if it contributes to the betterment of society.”

Maltese says he thrives on being creative in unique ways. For example, another of his software creations — something he did for the fun of it — is an application designed to take an inventory of food in a refrigerator and determine the combinations of meals that could be made from the list.

“No two pieces of software are the same,” he says. “When you build software, you can give it your creative edge. My goal is to develop software services that make life easier for people.”

The Faculty of Graduate Studies will continue to profile Governor General Gold Medal winners. If anyone in the Brock community has contact information for past recipients, please share it with Susanne Janisch, sjanisch@brocku.ca, in the Dean’s office.