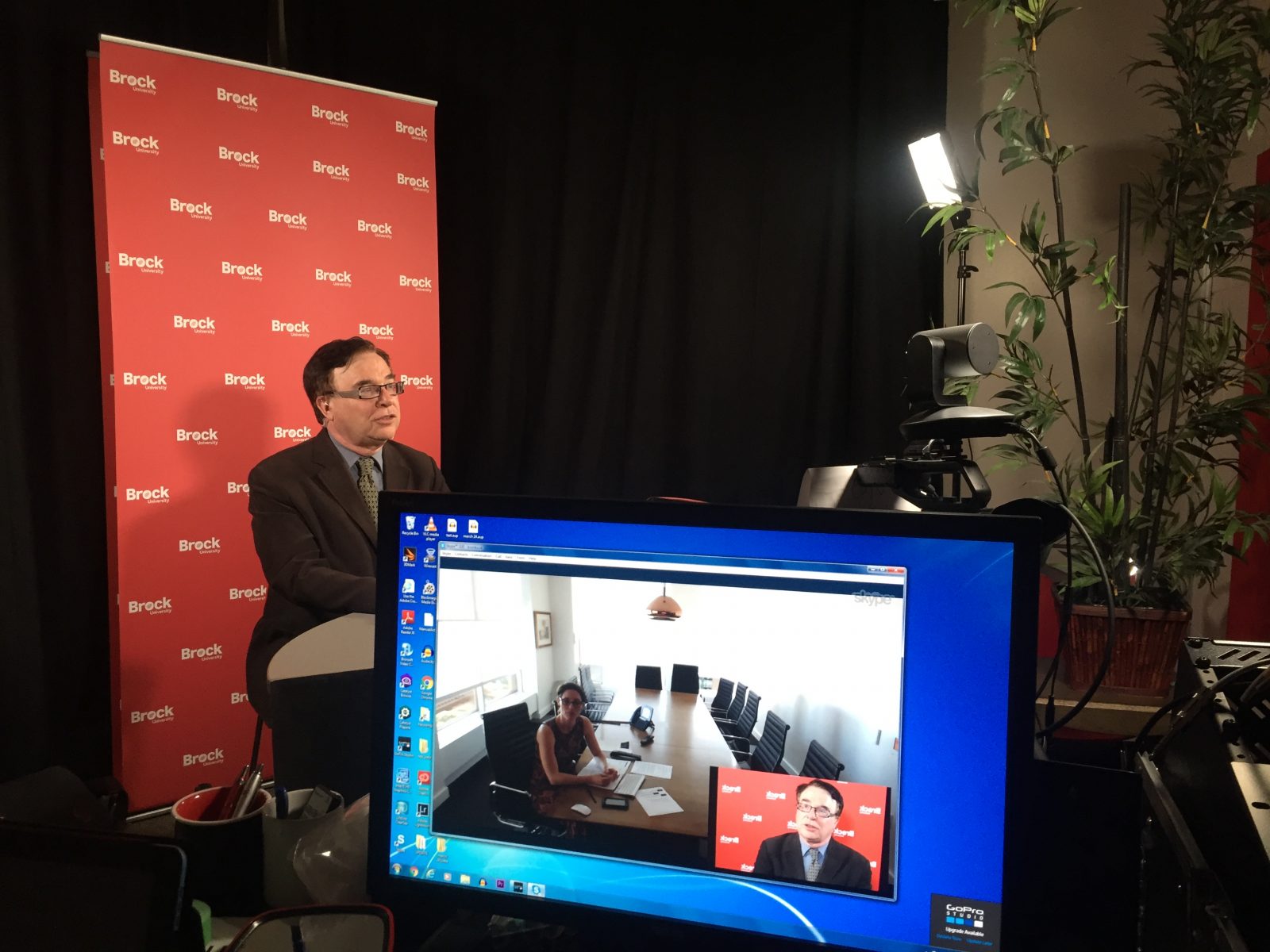 Professor Charles Burton is interviewed via Skype by a Toronto news station.

Visit to China a tricky one for Trudeau

Historically, Canada and China have had a difficult relationship, and Prime Minister Justin Trudeau faces a challenging road, says Political Science professor Charles Burton, as Trudeau prepares for his visit to China: The Globe and Mail and Radio Canada International

Legendary hockey players who competed for the Team Canada hockey team in 1972 have partnered with the Goodman School of Business and Niagara Catholic District School board to provide students and administrators with a program that aims at developing strong leaders and teamwork within the community: Niagara Falls Review

Is the “All Lives Matter” slogan racist?

Psychology professor Gordon Hodson, whose research focuses on prejudice, explains in Psychology Today how the “All Lives Matter” slogan is more than just a race-based response.

The cost of raising an Olympic athlete

The Rio 2016 Olympic games are over, but parents and families of athletes are still feeling the stress, especially on a financial level. Sport Management professor Chris Chard reports in Inside Halton that supporting Olympic athletes can run a family back roughly $15,000 annually.

Chemistry professor Paul Zelisko has partnered with Vanchem Performance Chemicals on patenting new technology that protects metals against corrosion called Greencoat. This technology is unique in the way that it is a water-based system, meant to be a greener way of fighting corrosion: Special Chem

It’s more than just the love of the game and pre-game rituals, it’s an identity that fans create when they express their loyalty to their sports team. Goodman School of Business professor Peter Yannopoulos dives into the deeply rooted connection fans have to their teams on Under the Cosh.