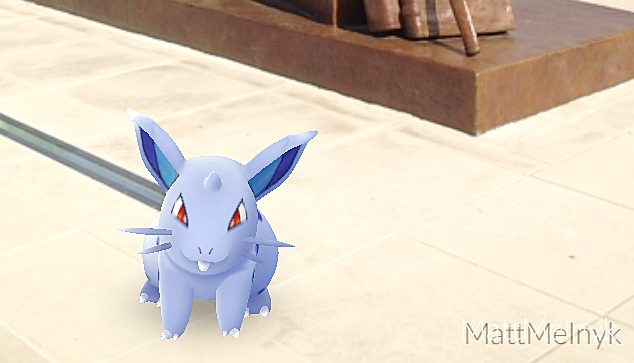 A Pokémon Go character is shown in front of the Maj.-Gen. Sir Isaac Brock statue in a screenshot captured by Brock University employee Matt Melnyk.

The dreams of 90s kids everywhere are coming true.

People all over the world are downloading the mobile app Pokémon Go, and have become what they have always dreamt of: Pokémon Trainers. Even in Canada, where the app is not officially available yet, people have found workarounds and are playing the recently released mobile game.

With the use of augmented reality technology, players can view the digital creatures on their mobile phones in conjunction with what they are viewing and experiencing in real-life through their phone’s GPS and camera.

There have already been numerous injury reports related to using the app and concerns over privacy.

“Privacy concerns about Pokémon Go are surfacing some of the ongoing issues associated with the access and use of our personal information by apps,” says Brock University Communication, Popular Culture & Film Assistant Professor, Karen Louise Smith. “Until very recently, users were consenting to the provision of more data than Niantic, the company that produced Pokémon Go, states it was actually using.”

Smith says people need to be vigilant about the terms they consent to when they access games and other apps. However, she says corporations should also hold some of the responsibility when it comes to privacy protection.

“Corporations have an ongoing responsibility to make privacy policies and other terms of service understandable in everyday contexts where technologies are used. Companies also need to be reasonable about what data they ask to access in return for the provision of a service such as a cell phone game.”

Assistant Professor Dale Bradley says Niantic has hit the jackpot for the collection of information — the new currency in the online world.

“Apps that can garner large audiences that frequently return to the app on a daily basis are the holy grail for business models based on data aggregation and consumer information,” he says.

Recent data suggests Pokémon Go could be on track to surpass some of the most popular apps in the world such as Twitter, Facebook and Instagram for daily use.

From a technology perspective, Bradley says Go appears to be the first augmented reality app to gain traction and attention in the marketplace.

“This is likely due as much to the interest of Millenials in the content as it is to the decidedly ‘nifty’ augmented reality (AR), geo-caching nature of the game,” says Bradley, adding that Millenials were around 10 years old at the height of the original Pokémon craze.

“The technological significance of Pokémon Go is that it’s the first app to provide a successful business model for AR by bringing it into the realm of popular culture,” says Bradley. 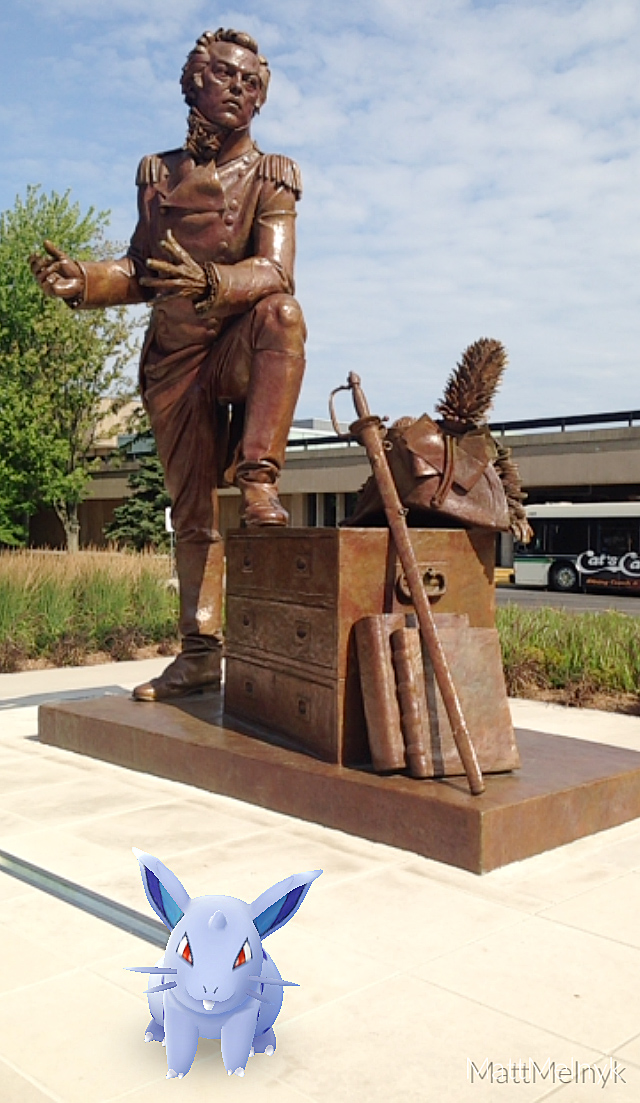 A Pokémon Go character is shown in front of the Maj.-Gen. Sir Isaac Brock statue in a screenshot captured by Brock University employee Matt Melnyk. 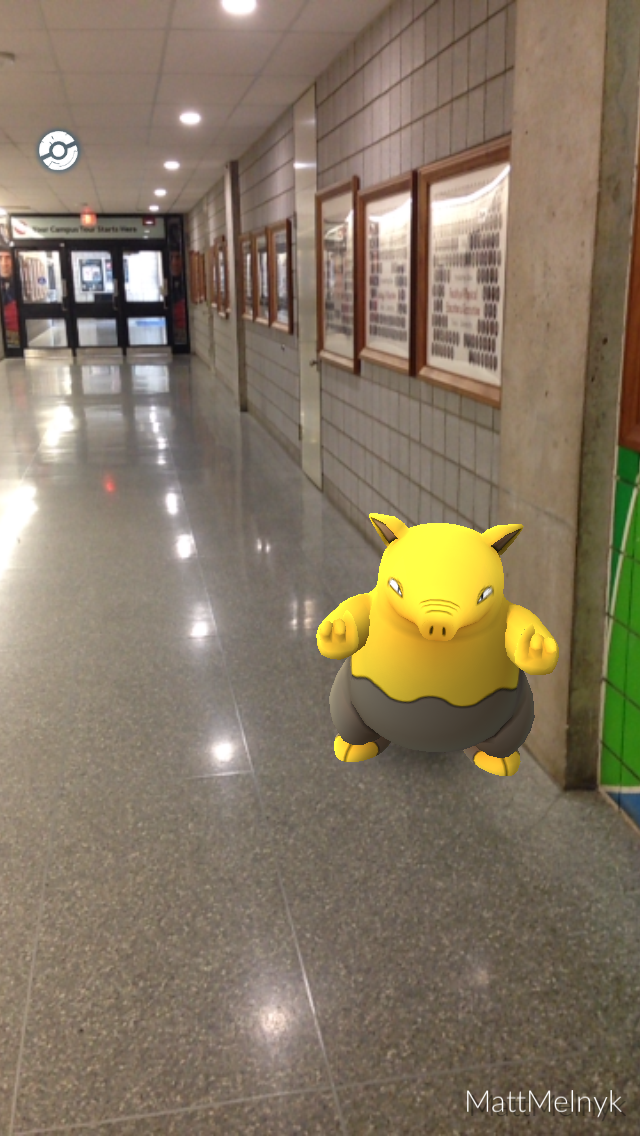 A Pokémon Go character is shown in a Thistle hallway.