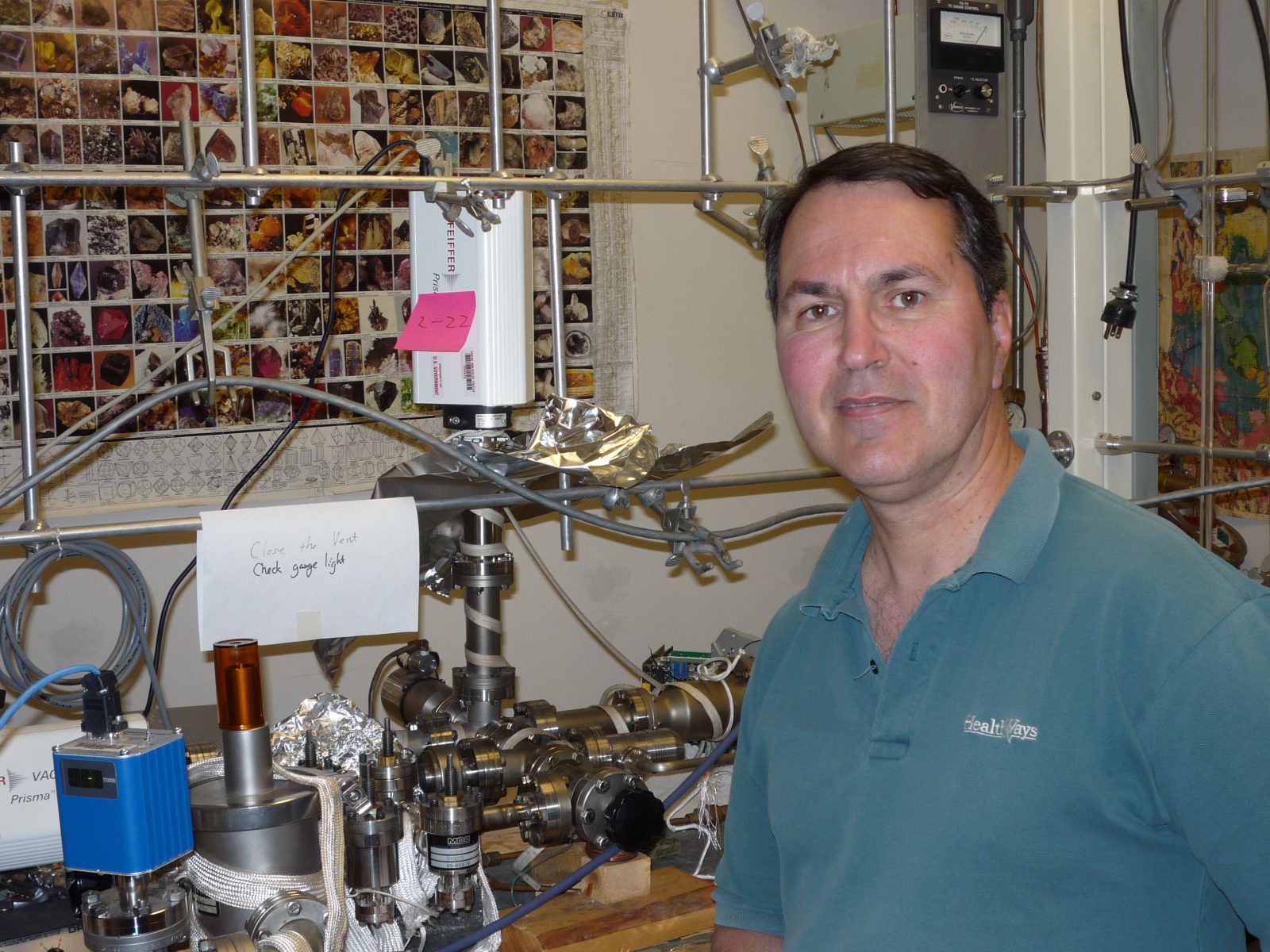 A Brock University-led international research team has discovered a new way of measuring past oxygen levels on Earth: by tapping into the actual air that existed almost a billion years ago.

“There was a lot of debate as to what the oxygen content was 800 million or more years ago,” says Professor of Earth Sciences Nigel Blamey. “We’ve come up with a direct method of analyzing the content of those trapped fossil gasses in the atmosphere and found that the oxygen level was approximately half of what it is today.”

This will give us a better understanding of how life evolved.

Up until now, through indirect methods, scientists estimated that oxygen comprised a high of just two per cent of the Earth’s atmosphere 800 million to one billion years ago.

But the team found that the average oxygen content of the Earth’s atmosphere was 10.9 per cent, more than five times greater than previously thought and about half of today’s oxygen level.

“This will give us a better understanding of how life evolved,” says Professor of Earth Sciences Uwe Brand.

The team, consisting of research partners from the United States, Scotland, France, Australia and China, collected samples from across the globe of a mineral called ‘halite,’ which is the natural form of table salt; its chemical name is ‘sodium chloride.’

Within the halite are tiny microscopic bubbles called “inclusions.” Scientists discovered that some of these bubbles may contain atmospheric gasses, but the bubbles were too small to examine.

But Blamey was able to do so, thanks to highly specialized equipment that his then-PhD advisor David Norman built in the 1970s. In the early 2000s, Blamey and Norman revamped the machine, which consists of a sophisticated vacuum system attached to an instrument called a quadrupole mass spectrometer.

To measure what is inside the bubbles, Blamey places a halite sample in a vacuum chamber and crushes the sample into small pieces. As the samples are broken, the trapped fossil gas is drawn into a the highly-sensitive quadrupole mass spectrometer, which is able to read and analyze the gas content and composition.

“It’s a direct measurement of the atmosphere of that time, not an interpretation,” says Brand, adding the presence of Earth’s other two major atmospheric gasses – nitrogen and argon – can also be determined. 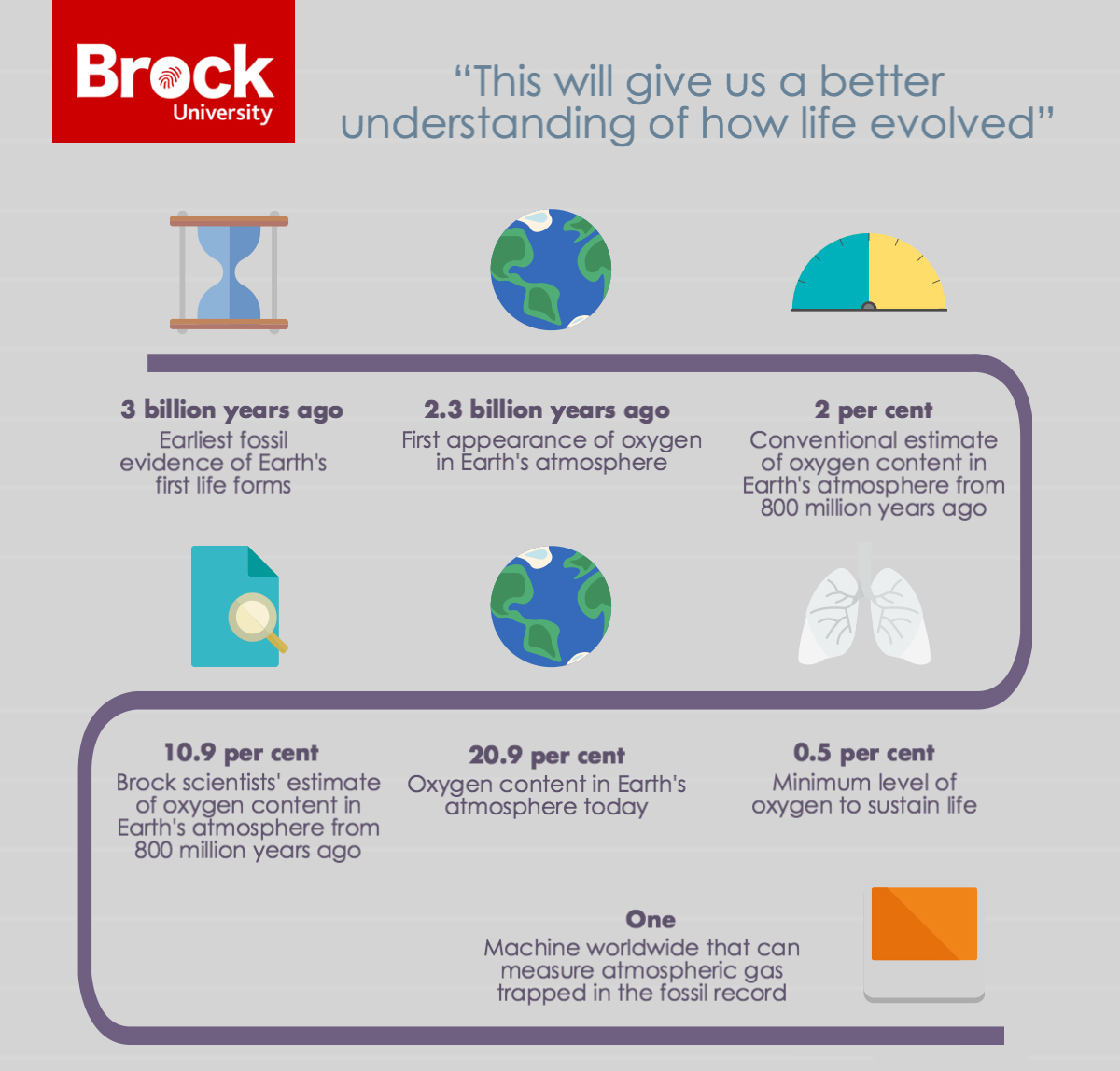 This new method, and the subsequent findings, have huge implications for how we understand the development of life on Earth.

Earth’s oldest fossil record dates back to around 3 billion years ago with the presence of stromatolites. These are rocks formed by layers and layers of cyanobacteria, a single-celled microbe that gets its energy from the sun and is known today as “blue-green bacteria.”

The ancient cyanobacteria produced oxygen so that ‘abundant’ oxygen first started to appear around 2.3 billion years ago. Basic life forms that consumed oxygen began to emerge.

Scientists estimated oxygen levels at various time periods through the presence of certain mineral deposits and redox sensitive proxies, and extrapolated the life forms that would have existed at those times.

It is widely believed that a huge spike in oxygen occurred around 550 million years ago, for an unknown reason. But with Blamey and team’s findings, it appears that this oxygen increase may have occurred much earlier than previously thought.

“Our finding answers one big question, did life come first or atmospheric oxygen; it is the latter,” says Brand.

“Now the next thing is for paleobiologists to look for the organism that gave us this kick in oxygen,” at that time, he says.

The team’s findings shed light on more than just the evolution of life forms on Earth.

“Deciphering the oxygenation history of the atmosphere and oceans is critical to understanding weathering processes, sedimentary environments, climate change, mass extinctions, tectonic events, and the evolution of Earth’s biota,” says the team’s study.

And, the findings can help determine the evolution of life on Mars and other planets, says Uwe.

The study, titled “Paradigm shift in determining Neoproterozoic atmospheric oxygen,” is scheduled to appear in the August edition of Geology, the monthly journal of the Geological Society of America. The paper can be found here.

Brock University Professor of Earth Sciences Uwe Brand talks about how 800-million-year-old oxygen had an impact on early animal life: