Brock grad using his degree in the business of kinesiology 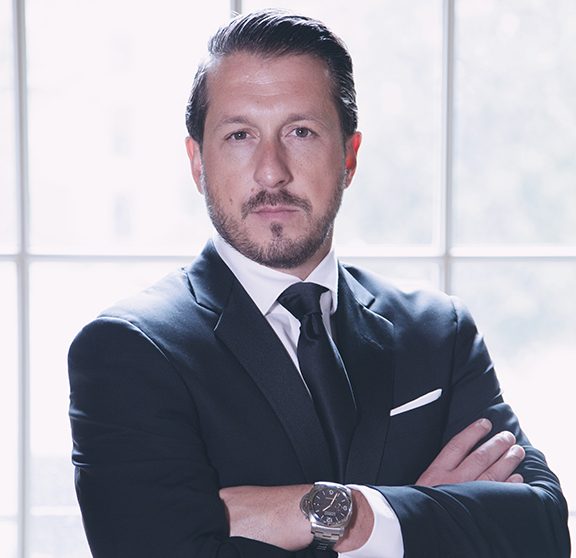 From student to successful entrepreneur, Hamilton-born kinesiologist Tim Battaglia (BPhEd ‘03) has spent the last 12 years building his business, furthering his education and balancing the needs of his family with a growing interest in construction.

Initially thinking his future would be in teaching, the founder and director of Activ8 Wellness Studio in Hamilton figured out quickly that teaching wasn’t for him.

Halfway through his bachelor, Battaglia took a year off from school to work full time and wait for the Kinesiology program at Brock to be fully implemented.

“Returning to Brock and having the opportunity to participate in the clinical experience really changed my career path and allowed me to find my passion,” Battaglia says.

Even though he was at the same university, Battaglia found his last two years at Brock very different from his earlier experiences.

“Looking back, university was a big culture shock for me. In the first two years, I didn’t really participate in everything Brock had to offer,” says Battaglia.

Working and living in Hamilton meant the only time Battaglia spent at the Niagara campus was when he drove in for classes.

“What really helped me was becoming the athletic therapist for the men’s soccer team. Working and traveling with the team allowed me to become much more engaged in the Brock community, particularly with Athletics.”

In this role, Battaglia was responsible for overseeing the health needs of athletes on the men’s soccer team. He was a critical thinker in the classroom and transferred those skills into his role as a student therapist. Realizing the players didn’t typically do a lot of strength training, he started a program to improve the care of the athletes and help prevent injuries.

“This uncovered a hidden passion and he began to envision possibilities beyond the scope of the typical university student,” says Brock University Athletic Therapy Clinic Manager, Joseph Kenny.

“His confidence and knowledge grew and so did his passion for carving a career for himself as a kinesiologist, businessman and entrepreneur,” says Kenny.

Battaglia completed his studies at Brock with a Kinesiology major and began designing clinical programs for individuals injured in automobile accidents. Two years later he opened the Activ8 Wellness Studio.

“Initially the clinic was a renovated basement in my home, but three and a half years later, I needed to expand,” says Battaglia.

The Activ8 Wellness Studio, now at its current location on Upper James Street in Hamilton, is a fusion between fitness and rehabilitation, offering clients a contemporary environment to achieve their healthiest goals.

“Our facility brings the gym to the clinic by housing both under one roof,” says Battaglia.

“We provide a variety of multi-practitioner services offered by trained and accredited professionals including, Massage and Physiotherapy, Nutrition Consulting, Chiropractic, Pilates, Acupuncture and Naturopathy.”

What differentiates Activ8 from other clinics is the circle of care. The practitioners work together as a team and through referrals are in constant dialogue with each other.

“As a kinesiologist, usually I see a patient at the end of their circle of care. They’ve already gone through restorative work with a therapist to reduce pain and come to me later for strengthening to help return to pre-injury status.”

After 10 years of entrepreneurial success, Battaglia speaks about taking on new challenges which he is passionate about.

“Activ8 has really evolved and my role has shifted from being a full-time practicing kinesiologist to more administrative. I serve in a leadership role with a focus on staff engagement and business development.”

Feeling he was at a point in life where he needed to grow again academically, Battaglia completed an Executive MBA at the University of Toronto in November 2015.

“This was a new way of learning for me, but I really wanted to achieve more and learn new ways to continually build my company.”

Battaglia credits the lessons he learned at Brock with helping lay the foundation for his academic and career success.

“What I learned at Brock, what being in the classroom and on the soccer field fundamentally taught me, is time management. I am passionate about my family, health and work and sometimes I need to take a step back and run things at arm’s length in order to maintain balance in life.”