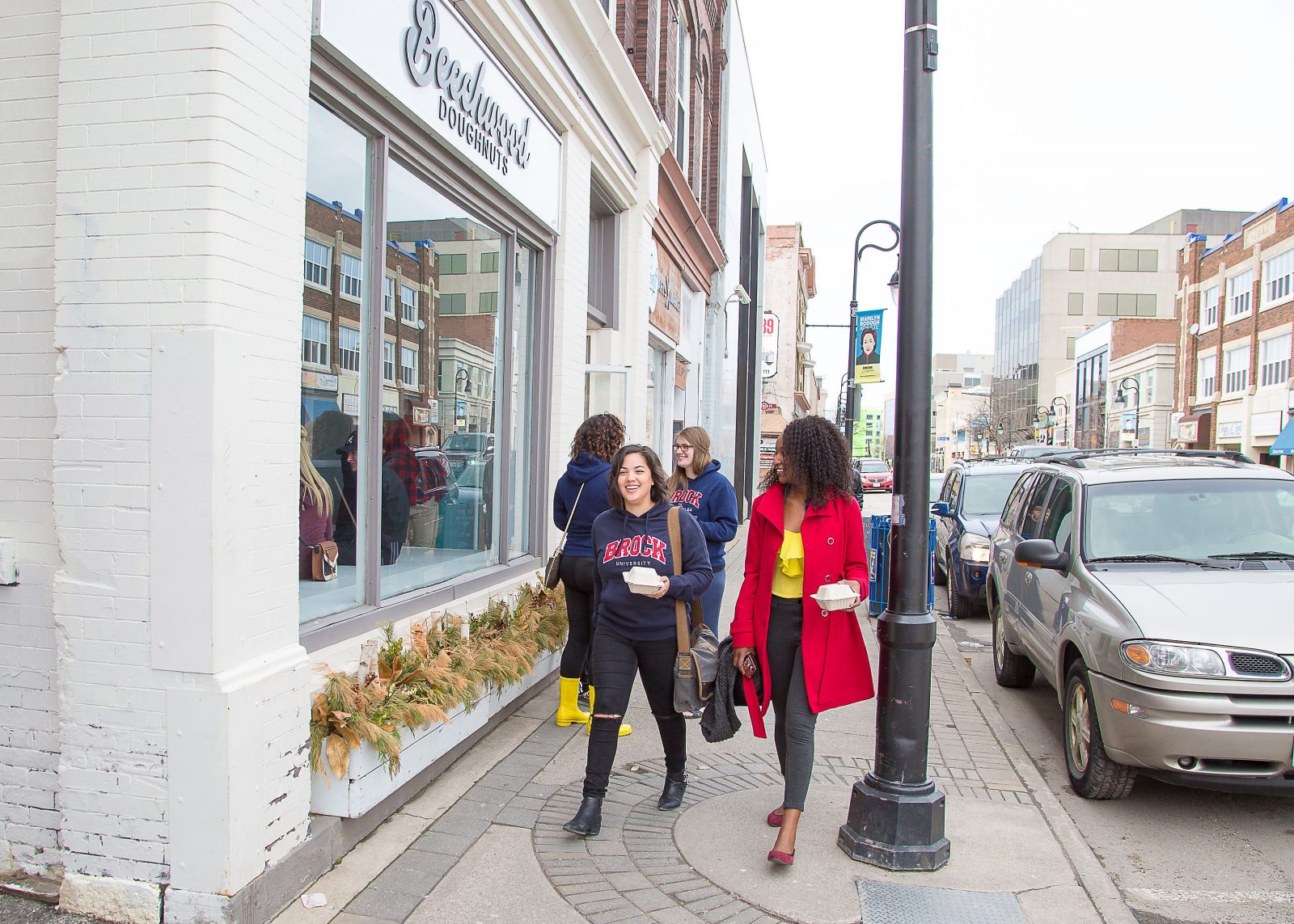 The City of St. Catharines is off to a good start with recent downtown revitalization efforts, but more needs to be done to attract residents and enable those who work downtown to relax, according to new Brock University research.

On Wednesday, Brock’s Niagara Community Observatory released the report Downtown Revitalization in St. Catharines: Building the Vibrant Public Space, which includes the results of data collected by Professor of Geography Michael Ripmeester through polling 300 city residents on what they thought of recent downtown redevelopment efforts.

These include the construction of the 5,000-seat Meridian Centre, the First Ontario Performing Arts Centre and Brock’s Marilyn I. Walker School of Fine and Performing Arts.

About 80 per cent of those surveyed believe the Performing Arts Centre, the Meridian Centre and the Walker school are beneficial to the downtown.

However, only 7.63 per cent of survey respondents reported attending live arts events and 6.5 per cent live sporting events on a regular basis.

Of those who held positive views of St. Catharines’ recent development projects, “95 per cent also noted that other things would be more likely to bring them downtown,” says the report.

“They suggested that the downtown needs more welcoming spots in which to stroll, sit or commune with other downtown visitors,” says Ripmeester.

Survey respondents offered a number of ideas of how to make the downtown core greener and more relaxing and interesting.

“It seems clear that participants believe that the presence of individuals, families and seniors doing everyday social activities could provide the vibrancy that would attract them to downtown,” Ripmeester says.

“They want to see places where people are comfortable and engaged in pleasurable, low-cost or free leisure activities.”

The report concludes with a list of six recommendations for the downtown core, including:

• Arrange for free family outdoor entertainment during the spring and summer

• Convert James St. between Church and King streets as a pedestrian walkway