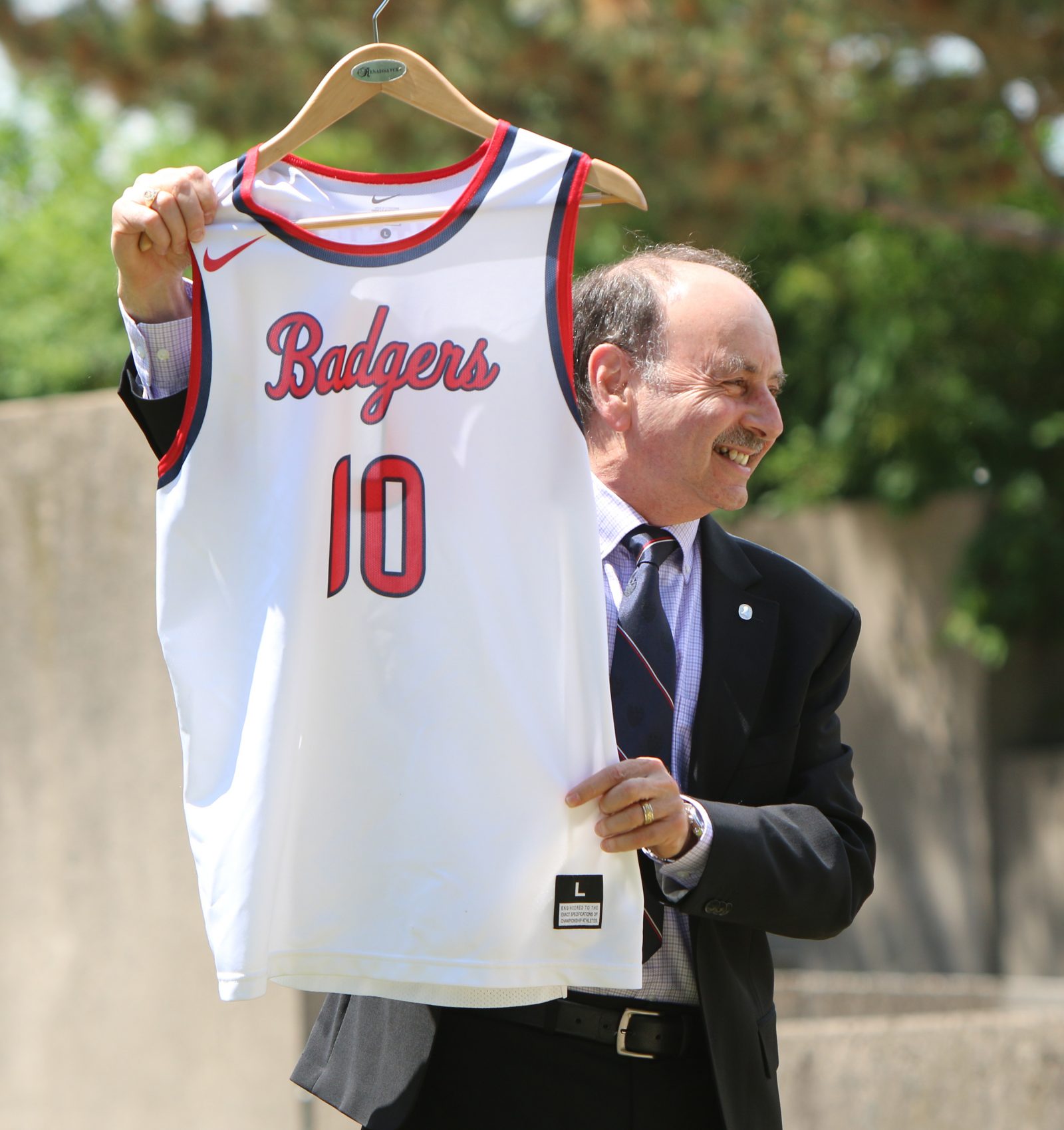 President Jack Lightstone shows off a basketball jersey he received as a gift at a farewell event in his honour June 6, 2016.

For someone who likes sailing as much as President Jack Lightstone, Senate Chair Scott Henderson’s remarks at a farewell party for the outgoing president were appropriate.

Henderson described Lightstone as the captain of the Brock ship, guiding it through 10 years of what where, at times, challenging seas.

“He has stayed the course in developing Brock into a successful, thriving comprehensive university,” Henderson said Monday afternoon at the event held in Jubilee Court. “During his time here, we have seen Brock grow physically, reputationally and in stature here in the Niagara region. He displayed grace in handling a difficult job in turbulent times.”

“The reason we have such a good working relationship with him is the fact that Jack doesn’t just listen to the student’s union, he listens and acts,” Foster said, pointing out the new artificial turf field and the under-construction bus shelters as examples of student-led initiatives that Lightstone acted on.

In his remarks, Lightstone said it feels as though Brock has always been home to he and his wife Dorothy, and said it has been an honour to serve the University.

“On one hand the past 10 years seems to have flashed by in a moment … but at the same time, it’s hard to remember our life before coming here. That’s a testament to how welcoming an environment the Brock community is.”

Lightstone will oversee his final series of convocation ceremonies this week. His final day as president will be June 30.