Road to Rio goes through Brock for Olympic wrestlers 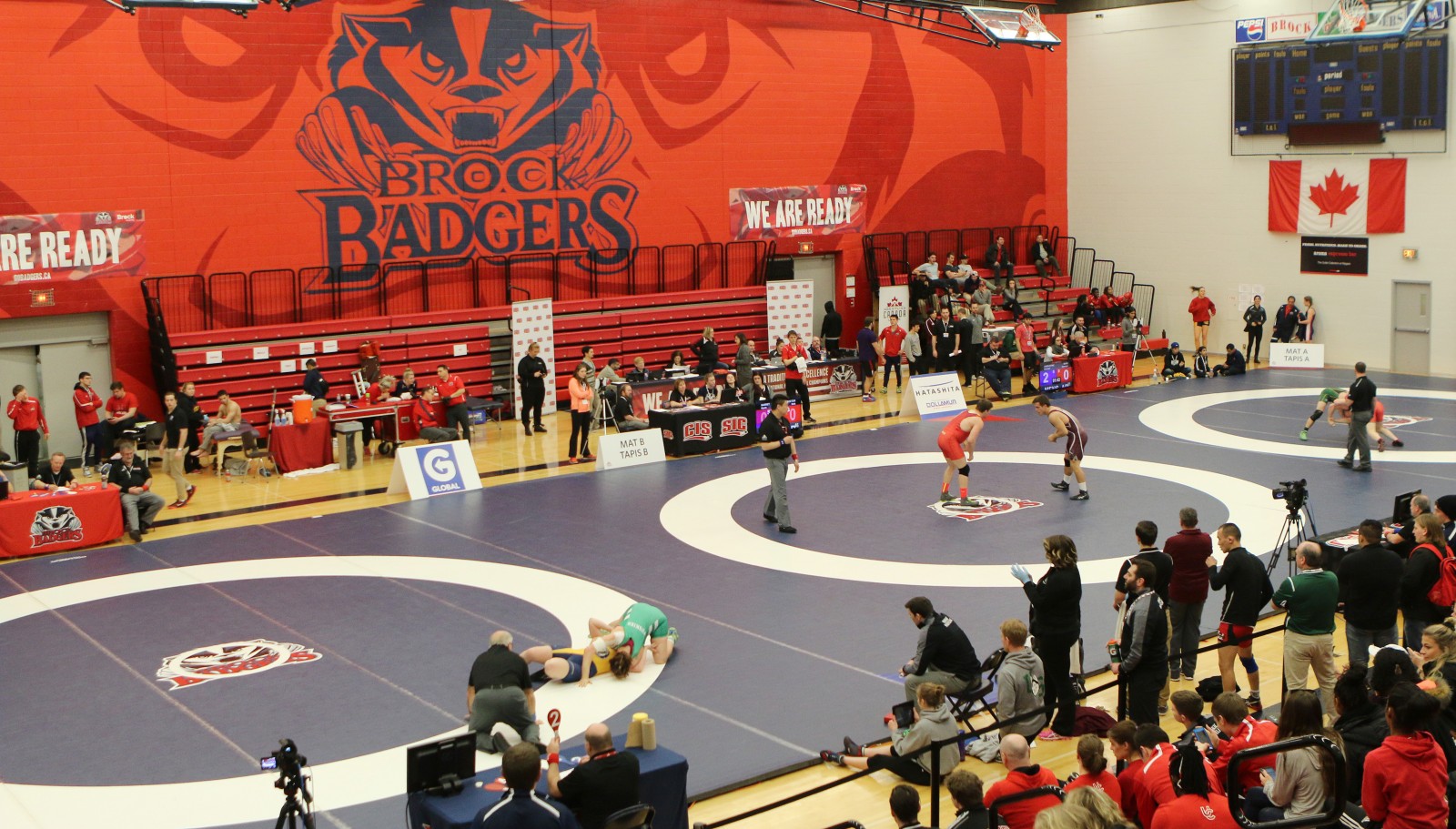 Some of the top female wrestlers in the world are training at Brock University this week in the lead-up to the 2016 Summer Olympics in Brazil.

Along with Wrestling Canada, Brock’s varsity wrestling program is hosting an eight-day training camp for women’s teams from six countries.

Female wrestlers from Canada, the U.S., Germany, Latvia, Estonia and Finland are taking part in the training camp, which will be held at Brock’s Bob Davis Gymnasium.

The camp is being led by Marty Calder, the head coach of the Brock Wrestling program and assistant coach of the Canadian women’s Olympic team. Workouts will be held twice a day from Tuesday, June 14 until Wednesday, June 22.

Among the nearly 50 wrestlers taking part, most of the qualified athletes from all six countries will be here to train.

For the Canadians, it’s one of the first opportunities to have the whole team together.

“We’ve already done three or four camps, but it’s good to bring all of these athletes together,” Calder said.

With Canada and the U.S. being among the top favourites to win gold medals in Rio, this camp will offer athletes the opportunity to train against the best in the world.

“This is the chance to be around people who are striving for gold,” he said. “These kids that are coming are prepping for medals, they’re not just participants.”

Canada has qualified to send six female wrestlers to Rio, the same number as Japan. China, Nigeria, Russia and Turkey are all sending five wrestlers each, while the U.S. and Germany are sending four each.