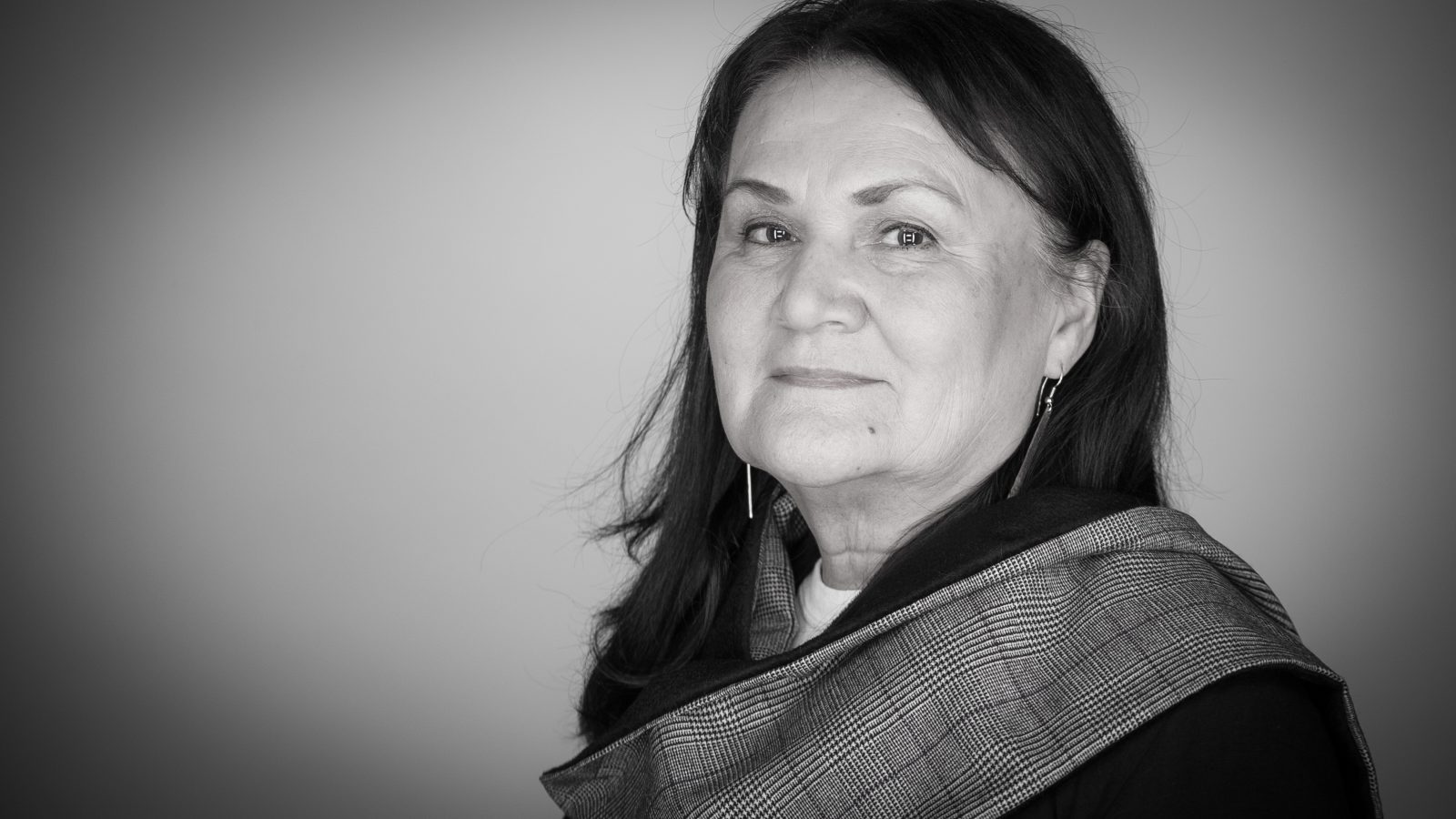 Editor’s note: As today is National Aboriginal Day in Canada, The Brock News is publishing this article from an interview with Brock University Chancellor Shirely Cheechoo, who spoke openly about the legacy of her years in residential schools. Cheechoo’s inspirational story of finding her voice and using it to raise awareness about First Nations issues appears in the current edition of Surgite, Brock’s alumni magazine.

It was a message literally beaten into her during her years at residential schools.

Ripped from her family and physically, sexually and emotionally abused, Cheechoo was forced to be “more white.”

At 63, her life is coming full circle – from growing up at the mercy of a school system aimed at dehumanizing and marginalizing First Nations people to being named Chancellor of Brock University, an institution committed to forwarding Indigenous issues and education.

Cheechoo was installed as Brock’s eighth Chancellor during fall convocation Oct. 17. She is the first woman and first Indigenous person to fill the ceremonial leadership role. To her, it’s confirmation that her voice is indeed important. That she is worth listening to.

“An opportunity such as being chancellor tells me ‘You have a voice that needs to be heard,’” she says. “Getting to be honoured as Chancellor of Brock University is a step towards my healing.”

The path to healing is one she’s been on since Grade 8. It’s endless and riddled with roadblocks.

“My life was not easy,” Cheechoo told graduates during an inspirational and emotional address at Brock’s fall Convocation ceremony. “I have struggled and overcome so many obstacles and every day I forge ahead.”

At the age of six, the proud Cree girl spoke her native tongue and lived with her family in Moose Factory near James Bay.

But, an idyllic childhood safe in the arms of her loving parents was not to be. She was native and native children were taken from their homes and placed in residential schools. Schools that taught them through shame and condemnation how to shed their Indigenous ways and be “more white.” This was often done through systematic cruelty and abuse.

Like so many Indigenous children in Canada, Cheechoo didn’t escape the residential school system unscathed. To this day, she is dealing with the trauma she suffered during her seven years in residential schools.

“I was sexually, emotionally and physically abused,” Cheechoo says, her words coming out slow and sad as if they are hard to voice.

I took this position to make a difference and I worked hard to move beyond old racial wounds.

“They were moving students around so that they could break down the family.”

Four of her siblings were also taken from their parents and put in the residential school system. The kids did not get to stay together.

She remembers how hard it was when the family was reunited, the awkwardness of getting to know each other again, the relief to be back together and the inevitable moment when they were once again separated.

“There’s a lot of things you block out,” Cheechoo says. “That’s how you learn to survive.”

Cheechoo was good at hiding her emotional scars. She knew how to shut down. Shut off.

Then at 18 she met her mentor, the late Tom Peltier, through the Manitou Arts Foundation he founded to introduce Indigenous youth to the arts.

Art brought her back to life.

“I connected to the theatre the most because it kind of tapped into my inner self,” she says. “I was so messed up back then that it helped me heal.”

Growing up in residential schools, Cheechoo and the other students were forced to turn their backs on their Indigenous roots. They were told to abandon their languages, traditions and spiritual beliefs.

“I was being told that I had to be a white person,” she says.

But, when she was out of the schools she realized that wasn’t possible. “I did not fit in the white world.”

She found herself by portraying others on stage.

“Acting was a healing place for me. I could play a character and that helped me break from my own shell. It broke the barrier. Playing characters helped me open up.”

Cheechoo has won international acclaim for stage work and films shaped by her First Nations background, including honours at the Sundance Film Festival and the American Indian Film Festival.

Her 2013 film Moose River Crossing examines the scars left on several characters who — like Cheechoo herself — are survivors of the residential school system.

I want the students to walk away and not ignore the challenges we face in this country like poverty, unemployment and racism.

The work she is most proud of is her one-woman show Path With No Moccasins, an autobiographical play she wrote about growing up in residential schools and the effects of racial discrimination on her life.

Cheechoo plans to write another autobiographical work, this time about the pain and trauma of reliving the childhood abuse.

In the months leading up to her testimony in front of an adjudicator in February 2014, all of her old wounds reopened. Cheechoo had nightmares and flashbacks. She developed an ulcer. She had to revisit the abuse as part of the Indian Residential Schools Adjudication Secretariat’s independent assessment process – an out-of-court compensation procedure for people who were sexually or physically harmed in residential schools.

“It was a horrible experience, I might as well have been raped again,” she recalls.

“Now there are days when I can’t move forward, something will happen and it takes me back to the hearing.”

Today Cheechoo lives on Manitoulin Island with her husband of 37 years, Dr. Blake Debassige. She has a son Nano and five-year-old granddaughter Nakoa. She is executive director at Weengushk Film Institute on Manitoulin, a not-for-profit film and television-centred training centre that helps Indigenous and at-risk youths develop career skills or return to school. This pursuit also helps Cheechoo face her past and the future.

She welcomes her new role at Brock and has challenged the University to be a leader in Indigenous education. She pointed to recommendations out of the Truth and Reconciliation Commission report that speak of the need for increased education about First Nations history, including information about residential schools and the legacy left behind.

“I took this position to make a difference and I worked hard to move beyond old racial wounds.”

She says racism against Indigenous people continues to be a serious problem in Canada.

Cheechoo is looking to the students at Brock to be the leaders who change things for the better.

“I want the students to walk away and not ignore the challenges we face in this country like poverty, unemployment and racism.”