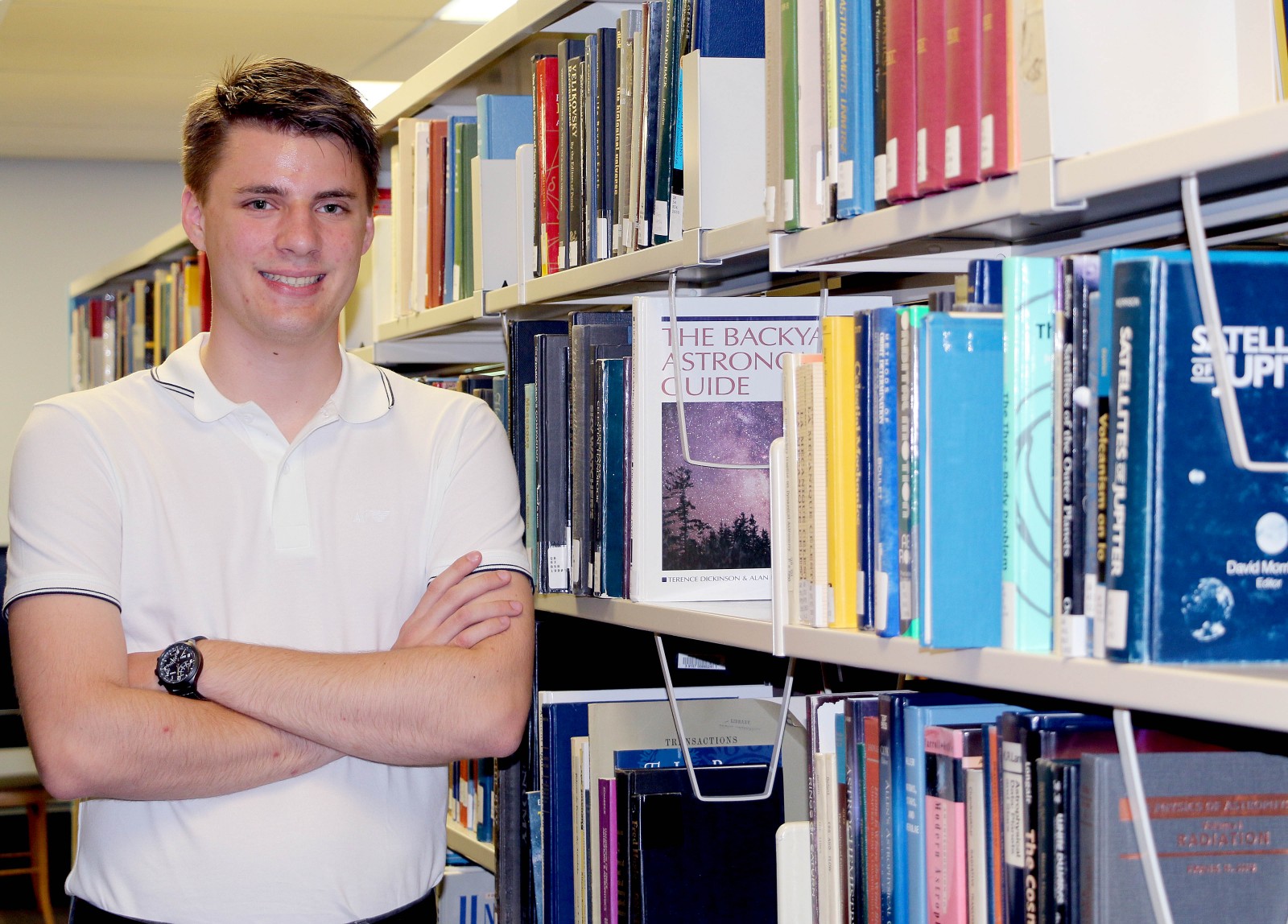 As far back as he can remember, Kyle Fraser (BSc ’14, BEd ’14) has been interested in science. He loves learning about it and now teaching it. He will combine the two next month when he travels to the University of Alabama Huntsville for the Honeywell Space Academy for Educators.

The 25-year-old Brock University master’s student was accepted to the week-long teacher development program after gaining experience as a long-term occasional teacher with the District School Board of Niagara.

He’s looking forward to incorporating what he learns about space and flight into his lessons as a science teacher. He is currently doing a long-term posting at Grapeview Public School in St. Catharines, teaching a Grade 7/8 split class.

Fraser said the one-week space academy, from June 8-14, will help him become a better teacher.

“I want to take this as an opportunity to learn more about how to teach science in a new and unique way,” he said. “When you teach kids, the way to engage them is by being passionate.”
Fraser has always been curious and said along the way, teachers played a big role in encouraging him to look for answers.

“I just like learning about how the world works,” he said. “I was never discouraged by teachers from asking questions.”

That’s the type of teacher Fraser wants to be, one who promotes curiosity and finds ways to keep students engaged.

He said a big mentor has been Bryan Honsinger, a Grade 7 science teacher at Twenty Valley Public School in Vineland, who he spent a lot of time substituting for during his first year teaching.

He said Honsinger opened his eyes to how teachers can incorporate their interests into the classroom. It was his time at Twenty Valley that Fraser credits with getting him the spot in the space academy.

He said principal Lorne Gretsinger wrote a letter of support to help bolster Fraser’s application for the program.

Fraser, who is working on his master’s with Associate Professor Kamini Jaipal-Jamani, said she encouraged him to apply for a science teacher’s award, which led him to find out about the academy.

He plans to bring back what he learns and share it with his peers.

Fraser will be attending the space academy with approximately 30 teachers from around the world.