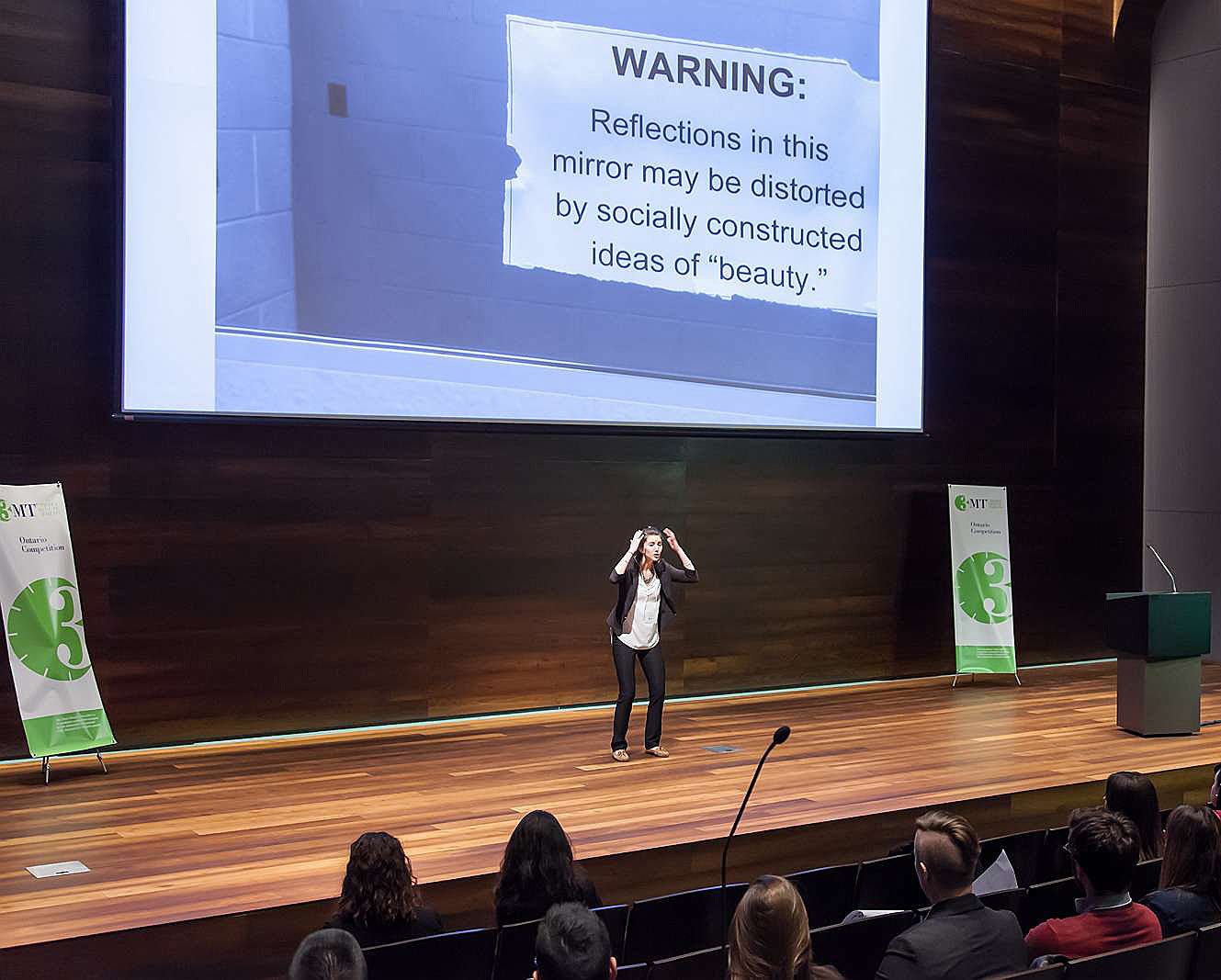 Carly Cameron, a MSc student in Applied Health Sciences, is one of the 11 finalists in the Canadian Three Minute Thesis (3MT) contest with the virtual judging underway now.

Cameron’s video of her presentation at the Ontario finals in April is now posted on the Canadian Association for Graduate Studies (CAGS) website along with the other finalists from across the country.

University communities and the public can get involved in the contest by going to the CAGS website, by May 19, to vote for a national People’s Choice.

A national judges’ panel will be selecting first- and second-place winners with prizes of $1,500 and $1,000. Their decisions, along with the winner of the People’s Choice award, will be announced the week of June 6. The People’s Choice winner is awarded $500.

Cameron gave a flawless presentation to place among the best at the Ontario 3MT finals, held April 14 in Waterloo and hosted by Wilfrid Laurier University.

Cameron finished in the fifth Ontario qualifying spot to advance to the national level. She received a double honour at the provincial competition by being chosen by her fellow presenters — 20 doctoral and master’s degree students — as the winner of the Participant’s Choice Award.

This is the second time in four years that a Brock student has gone to the national level of the popular communications competition for graduate students. Developed in Australia by the University of Queensland in 2008, the 3MT challenges students to explain their research in plain language in just three minutes.

Cameron’s research investigates ways to make the gym setting a more comfortable and less critical place for women. In her presentation, “Mirror, Mirror on the Wall…,” Cameron explains that societal pressures to appear slim and beautiful may initially cause many women to be anxious when they view their reflection during workouts. But when those women use the mirror to develop correct techniques and form during exercise, that anxiety disappears.