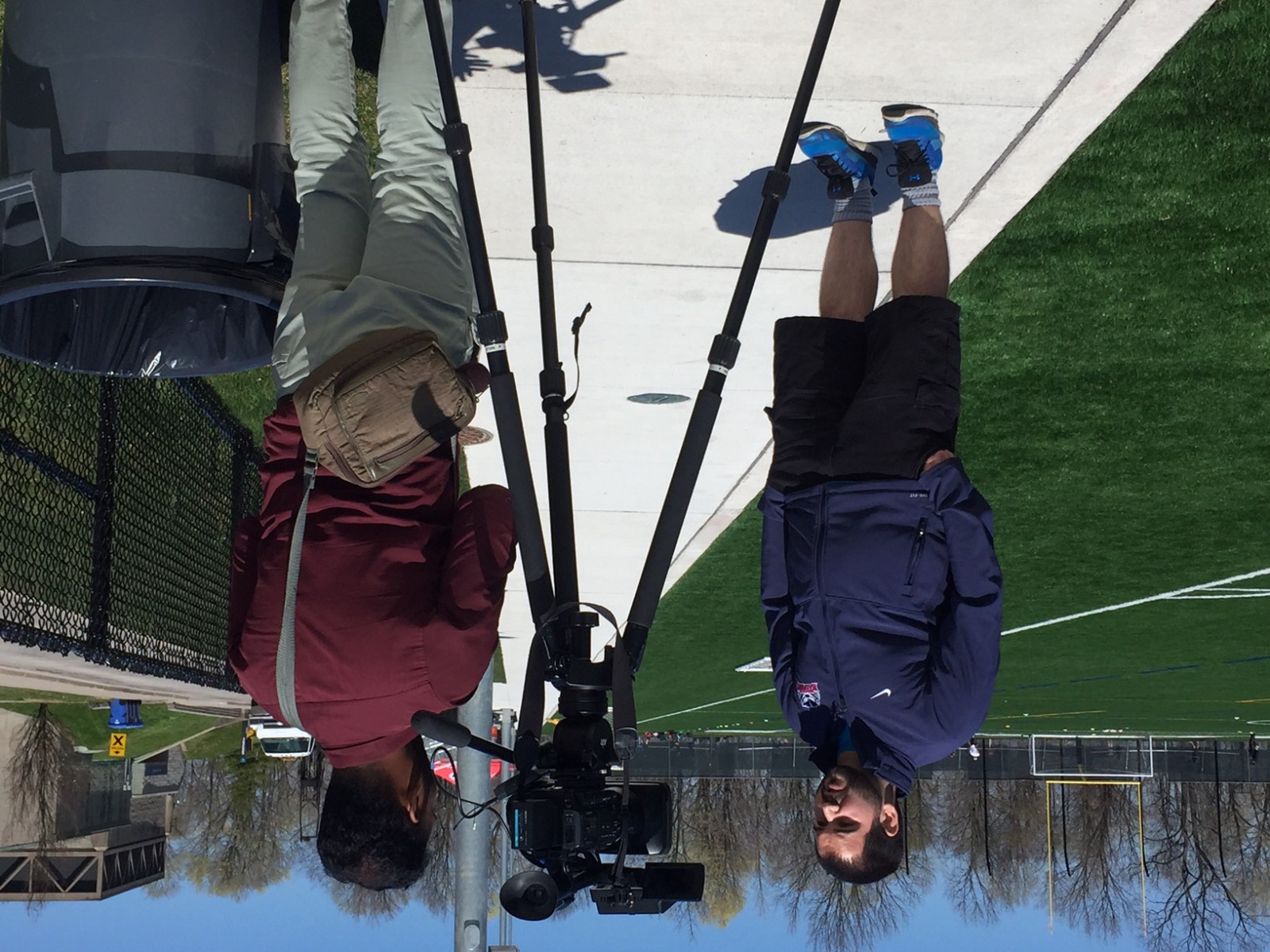 Over the last two weeks, Brock University has been personally delivering Principal’s Scholarships to 58 high school students across the Niagara region. This $2,500 entrance scholarship is awarded to students who have demonstrated their commitment to being involved in their community. President Jack Lightstone and Boomer the Badger made a number of deliveries, gaining attention from 610 CKTB, 97.7 HTZ FM, Fort Erie Times, and Giant FM 91.7 Niagara.

Associate Professor Mariek Schmidt of the Earth Sciences department was re-selected by NASA to continue her work on the Marks rover mission, awarding her $200,000 over four years for this research. Schmidt recently sat down with local radio station 610 CKTB’s Larry Fedoruk Skow to discuss her work.

In late April, graduate student Carly Cameron’s ‘Mirror, Mirror on the Wall…’ three-minute thesis placed fifth in the provincial competition, earning the Participant’s Choice Award. The 3MT finals will take place online May 9-19, where viewers can cast their vote for People’s Choice. Her hometown of Caledon has picked up on her successes in the last week: Caledon Enterprise, and Caledon Citizen.

Brock researchers to determine if mosquitoes can spread Zika

Dr. Fiona Hunter’s research on the Zika virus first hit the news in February, gaining attention from national media. Her work continues to be of interest across the world, as she recently sat down with Chinese television station Fairchild TV to talk about her research.

Over the last few years, Kinesiology Professor Tim Fletcher has dedicated his research in engaging young people in physical activity through a meaning-making framework. He discusses the key elements of his work in a podcast with 21C Radio.