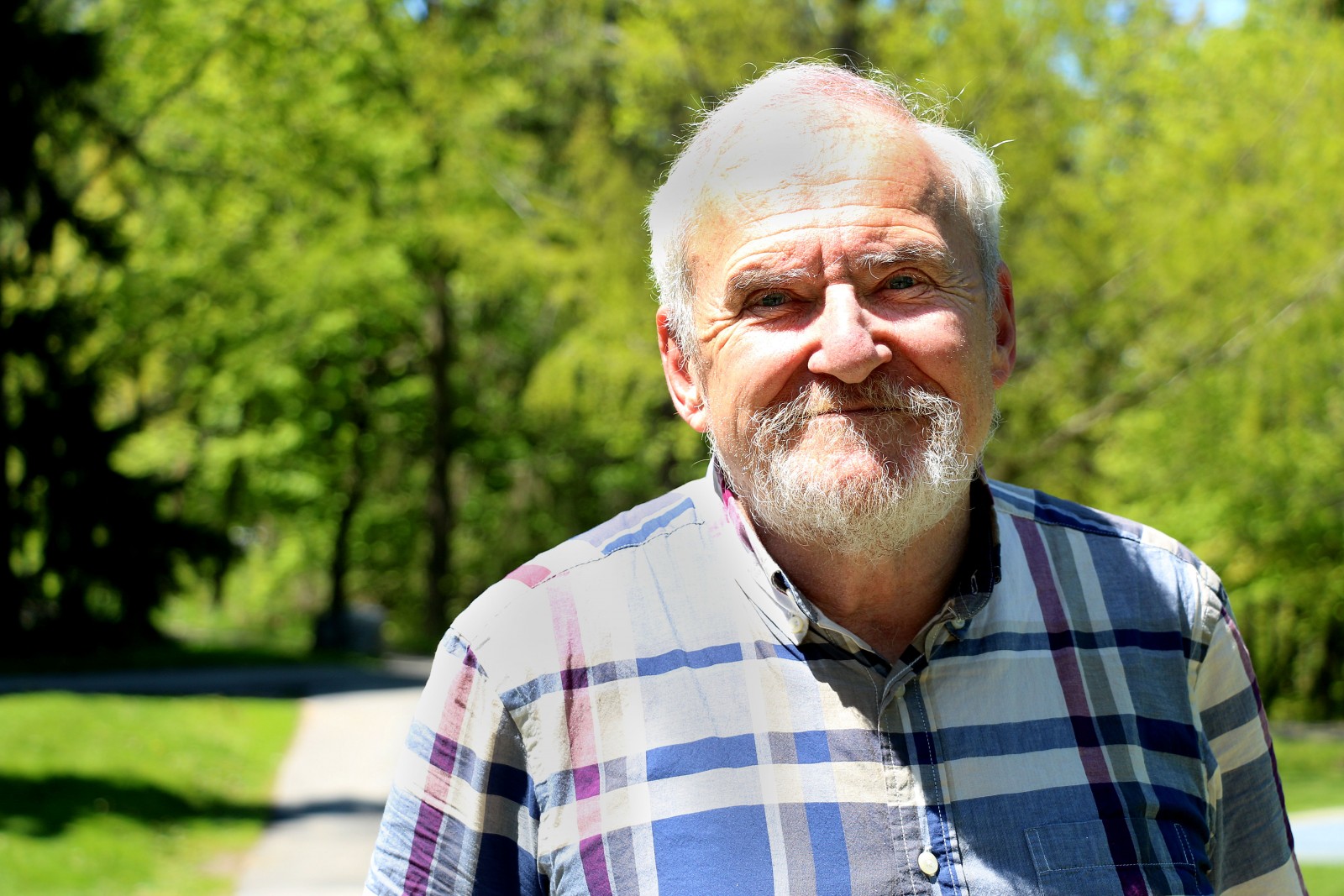 Les McCurdy-Myers is retiring after nearly four decades of counselling Brock University students, but his legacy will continue.

In recognition of his dedication to supporting students, an award has been named in his honour. The Les McCurdy-Myers Award was announced last month at the 34th annual residence awards dinner.

“This award will be presented annually to a staff member at Brock in recognition of ongoing commitment to the support and/or development of student leaders,” said Jamie Fleming, Brock’s Director of Residences.

“Fittingly, the first recipient is Les himself.”

McCurdy-Myers is retiring as manager of personal counselling. He started as an intern in 1977 after doing his undergraduate degree in psychology at Brock.

The idea of having an impact on a young person’s life that will make a difference for the rest of their lives is important to me.

He loved working with students when he did peer counselling and made it his life’s work. He never looked back.

“The idea of having an impact on a young person’s life that will make a difference for the rest of their lives is important to me,” he said.

McCurdy-Myers said he’s closing one chapter of his life by retiring.

“I’m not sad but I do feel a sense of loss,” he said, adding he will miss the Brock community and especially the students.

The married father of one son plans to pursue some of his hobbies including art and travelling.

McCurdy-Myers worked in leadership development in the Student Development Centre and developed the Foundations in Leadership program at Brock, which is a series of workshops where students receive training on the skills and tools needed to be effective leaders.

“I used to say if I won the lottery, I’d be negotiating with Brock to continue doing the training,” he laughed.

He feels honoured to have an award named after him.

“It really is a touching gesture,” he said.

McCurdy-Myers said society has come a long way in the past four decades when it comes to talking about and understanding mental health.

“The more we talk about these things, the more it becomes normal and the easier it becomes for people to get the help they need,” he said.

McCurdy-Myers also trained students, faculty and staff in the QPR (suicide intervention) program and was a member of the Student at Risk Case Team.

“He has trained and supported many student groups over the years, including Residence Action Council, BUSU and Brock off-campus leaders,” Fleming said. “In particular, Les has had significant involvement in the training of residence dons. In fact, this past August, the 39th group of dons was trained by Les. We’ve invited Les to do a bit of training this August, which will be his 40th group of dons. That’s quite an accomplishment.”