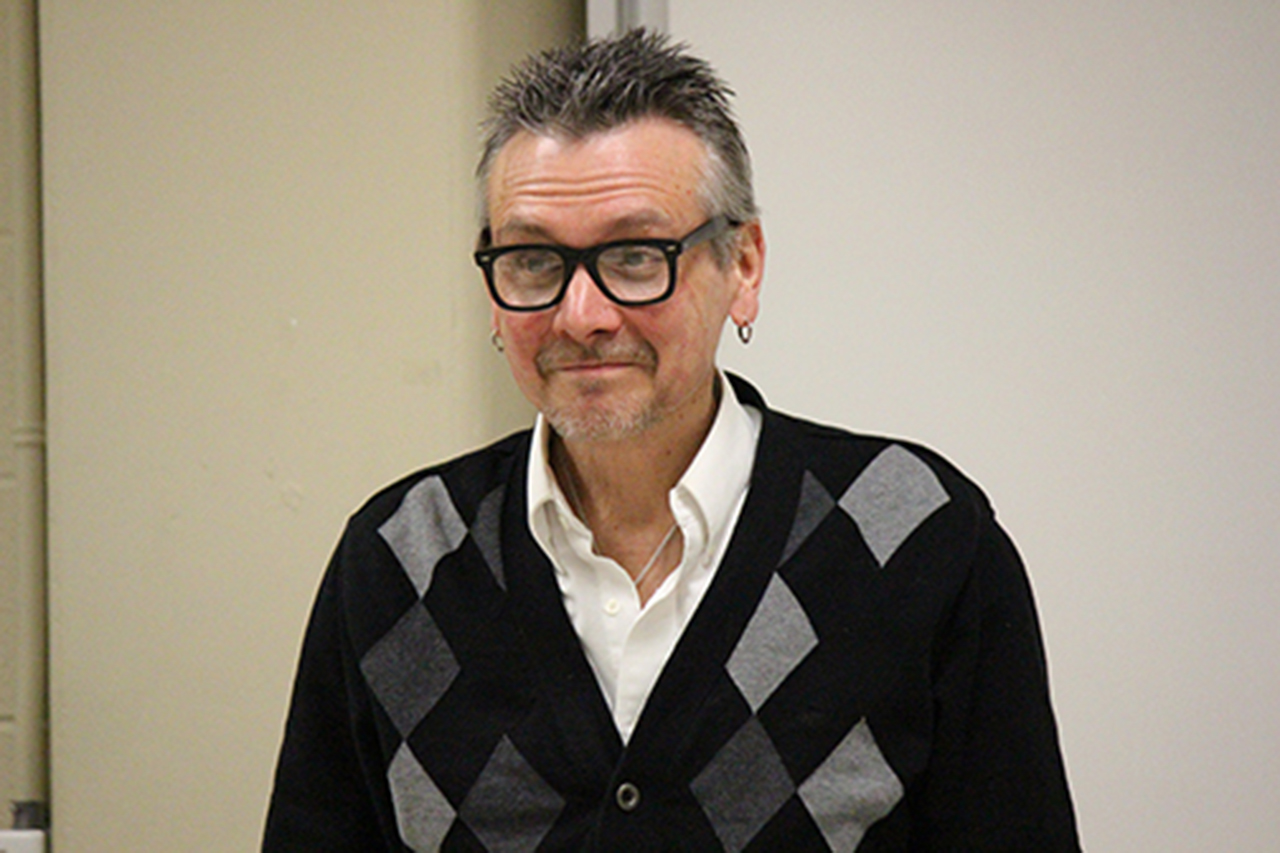 In his discussion, Madness in Movies and Popular Culture, talked about the role of film in particular.

“Film generates discussion, and provides a form of immersive emotional connection,” Pevere told those gathered for the annual pop culture lecture. “Mental health disorders convince you that you are alone, but if the experience is externalized or represented in popular culture, it creates opportunities.”

The talk was based in part on Pevere’s experiences with the Rendezvous With Madness Film Festival, an event devoted to screening the cinema of mental health, addiction and recovery as well as facilitating discussion between filmmakers and people with lived experiences.

“The opportunity to talk about some of the issues surrounding movies, popular culture, mental illness, addiction and recovery was frankly an incredibly valuable one,” Pevere said following the event. “2017 marks the 25th anniversary of the Rendezvous With Madness festival, and I hope to wrangle some of these ideas into a book to coincide with that. The chance to talk some of these concepts through with such an engaged and thoughtful group was incredibly helpful.”

Pevere also talked about the ways in which fandom and devotion to film, television, comics and music can become a type of obsession. He described making the long walk up the hill to Brock University’s campus as a young teen in order to peruse the film library or attend screenings of the Brock Film Club, now known as the Brock University Film Series (BUFS).

“Coming to Brock is something of a homecoming for me — I took a few courses here while working summers between my own studies at Carleton University, and my family lived in St. Catharines for about 25 years,” Pevere said. “It was a complete pleasure being back, both to speak and to teach a course in Critical Writing this past winter.”

“We were thrilled to have Geoff Pevere as this year’s MA in Popular Culture guest speaker,” said Sarah Matheson, Graduate Program Director. “Our aim with this lecture is to invite scholars, critics and practitioners of popular culture to share their perspectives in ways that will enrich and broaden the academic study happening in the program. Geoff’s work with the Rendezvous with Madness Festival shows how film and popular culture can be used to raise awareness and open up a public dialogue about important social issues.”

Previous speakers at the popular culture lecture have included Canadian author Michael Redhill (who also writes as Inger Ash Wolfe) and Mary Fogarty, herself a graduate of the MA in Popular Culture.

The 2016 Rendezvous With Madness Film Festival will be held in November. For more information, visit www.rendezvouswithmadness.ca.