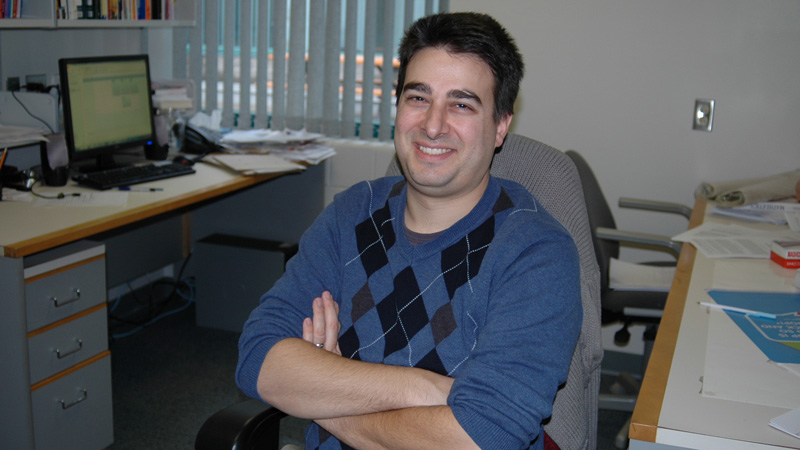 Two-time Jeopardy! champion and Brock University Professor Eric Dolansky is disappointed by news that Canadians can no longer compete on the popular trivia game show.

In 2006, the Goodman School of Business professor, then a PhD student, appeared on three episodes of the long-running U.S. show. He won two, taking home a total of $48,000.

The recent decision by the venerable game show to no longer allow Canadians to participate as contestants is of interest to the professor of behavioural economics.

“It’s disappointing, it was one of the only shows based in the U.S. that Canadians could be on,” Dolansky says. “I watched the show since it started with Alex Trebek and it was always something exciting that you could go on.”

In an email to a wanna-be Canadian contestant planning to take the Jeopardy! test, the show said Canadians can’t register because of recent changes to international laws regulating the exchange of information on the Internet.

“We’ve been trying to find ways to comply, but for this year’s test at least, it’s still a conflict,” the email states.

“We’re disappointed as well, and just want to reassure you that we’re working on it.”

Dolansky said he enjoyed his experience on the show.

“I’m glad I had the opportunity to go on when I did,” he says.

The show’s host, Alex Trebek, is a Canadian.

One comment on “Jeopardy! winner disappointed that Canadians can’t play”