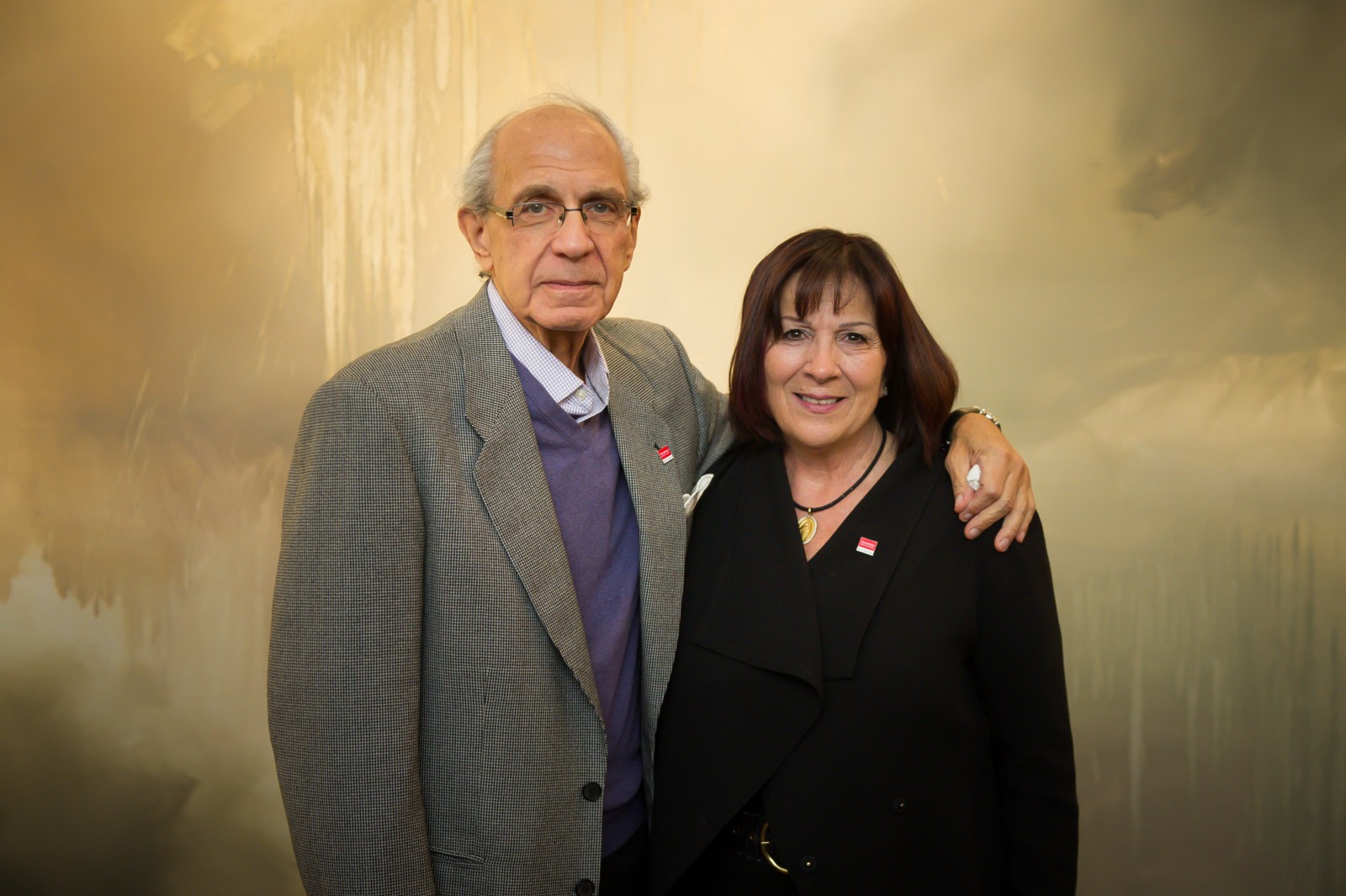 The Goodman School of Business honoured Rossana Magnotta with the Distinguished Leader award in November, adding her to an impressive roster of past recipients who have shown exemplary leadership in their fields.

Magnotta, founder and CEO of Magnotta Winery and founder of The G. Magnotta Foundation for Vector-Borne Diseases, spent a day on campus sharing her wisdom with the Goodman School of Business community.

In an open and candid session with a select group of student leaders, Magnotta talked about how her career has come full circle, from her days as a medical laboratory technologist, to a full career as a winemaker, to now returning to the medical field in her crusade against Lyme disease.

She recounted her early days as a new entrepreneur and described the necessary risks new business owners take.

“We were risking everything – it was a big gamble,” Magnotta told students. “We had to be ready for new challenges and be willing to reinvent ourselves somehow to overcome any challenge. I kept my knowledge of the medical field current and ended up transforming it to a completely different field.”

Magnotta, who spent time earlier in the day touring the Goodman School of Business BioLinc facility, encouraged students to take advantage of the resources that are available to them.

“The kind of support you have at this university is amazing,” she said. “You are the guts and the courage that entrepreneurship is. That’s what it’s all about.”

Magnotta later addressed a large public audience in the annual Distinguished Leader Lecture where she accepted her award from Dr. Ned Goodman.

Magnotta shared the successes from her personal and business life and talked about how fear has been a driving force in her life. As she reflected on her successes, she talked about how it was not entrepreneurial vision, creativity, or even product innovation that got her to where she is today.

In describing some pivotal moments that threatened her personal survival, her business survival, and the survival of the love of her life, she spoke of fear’s ability to tell you when things are dangerous and to motivate you to act. She described fear as her partner, not her enemy.

Her advice to students was to be fearless leaders in the face of adversity.

“You are all young, intelligent, idealistic and motivated individuals,” she said. “As you enter the business world, you will be encouraged over and over again to be fearless in order to achieve your dreams and goals – as you should. You need to be a fearless leader, but being fearless doesn’t mean that there is no fear. Being fearless is about acknowledging the fear in front of you and finding the strength to move forward, even if you are scared, so that you can affect the change that you want so much.”

After losing her husband to Lyme disease, Magnotta founded The G. Magnotta Foundation for Vector-Borne Diseases to support a new research clinic that is set to open at the Humber River Hospital hopefully by late 2016.

Ned Goodman presented the award to Magnotta and talked about how happy he was that she could share her story with students.

“It’s a story every person who goes to business school needs to know,” Dr. Goodman said.