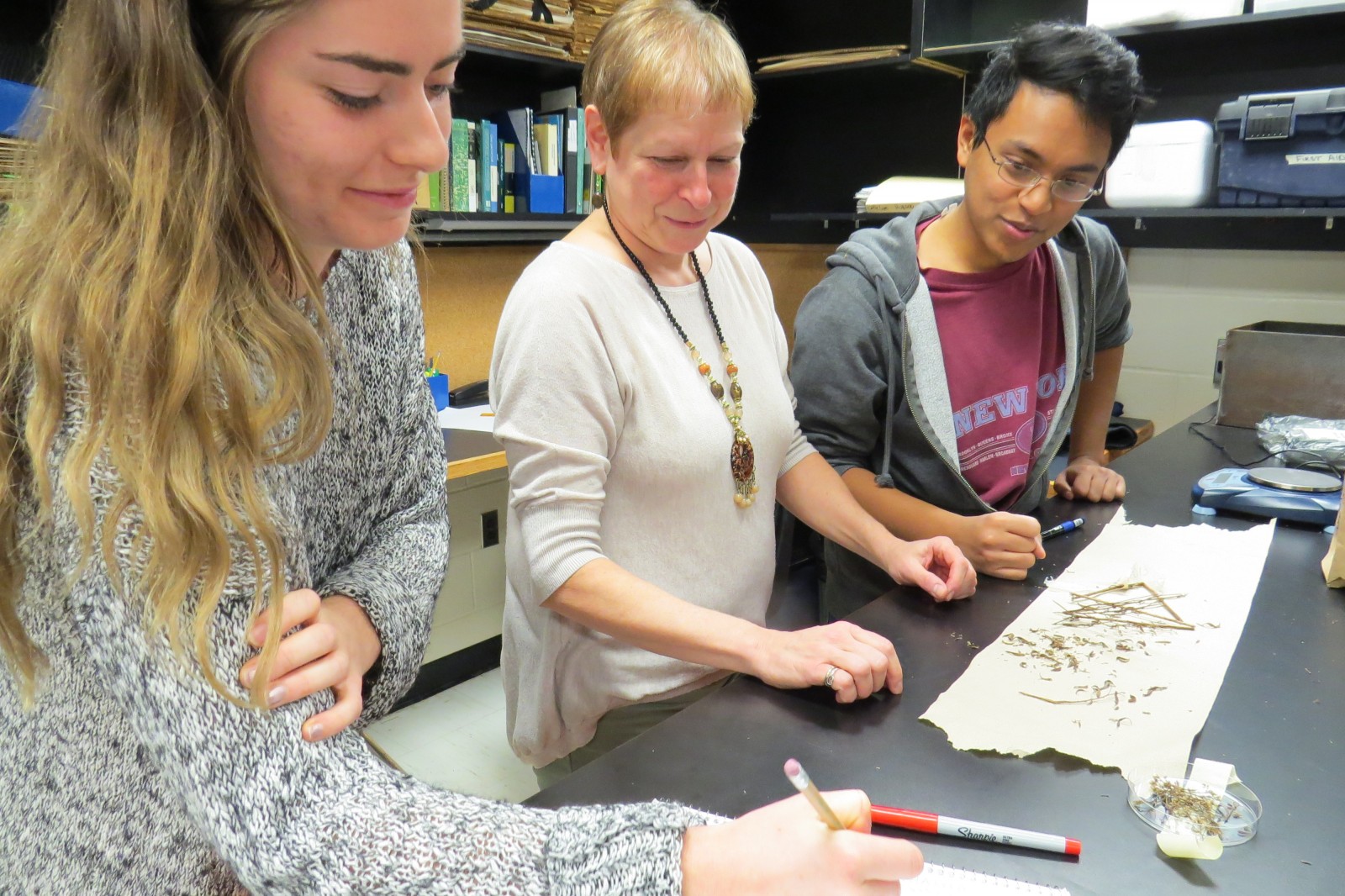 Deep in the heart of a Mackenzie Chown laboratory, Brock University biologist Liette Vasseur and her students have been quietly organizing and cataloguing plant samples that have been collected and preserved from across Ontario, including from the Ontario School of Agriculture in Vineland, and even the Canadian Arctic by several researchers over time.

Now with over 2,500 specimens, some dating back to the 1930s, the Brock University Herbarium has taken a big leap forward by becoming a member of the national herbarium research network Canadensys.

“This allows us to be connected to herbaria in Canada and around the world,” says Vasseur. “This means the possibility of greater exchange.”

Vasseur says she has used herbaria across Canada and the United States.

“They have been useful to prepare maps of where certain species are located. This is often the best way to know because you cannot always travel across the country and the world for these kinds of things,” she says.

Herbaria are an important source of information for researchers, students and others who study biodiversity and support conservation efforts. The specimens act as a reference point for plant identification and composition.

Scientists can even use small pieces of the samples to examine the plant’s genetic makeup.

Vasseur and her team of students will be working with groups such as Niagara Land Trust over time to collect more specimens.

“Niagara is quite data poor on species inventories and monitoring, including plants,” she says.

“Brock University, along with several local organizations, envisions itself as a leader in improving our understanding of plant diversity in the region and therefore aims at becoming the official specimen depository for the region.” Vasseur says the next step is to digitize the herbarium. This would include posting a photo of the plant species online, along with the plant’s scientific name, common names, location, unique characteristics, and other information.

“Somebody in Japan could check what we have here in Niagara online,” says Vasseur.

Niagara contains some distinctive plant species, such as twinleaf.

“The Niagara region is special as it represents one of the last regions in Canada where the Carolinian forest ecosystem can be found and where many species are presently at risk,” says Vasseur.

Brock University itself is located within the designated UNESCO Niagara Escarpment Biosphere Reserve.

“We have to be very careful not only about the disappearance of farmland but disappearance especially of wetlands and swamp forests because people think they are wastelands, which is not true,” says Vasseur.

“We should think more about how to refurbish areas that are empty because industries are gone than trying to use, for example, a swamp forest just because it’s more convenient.”