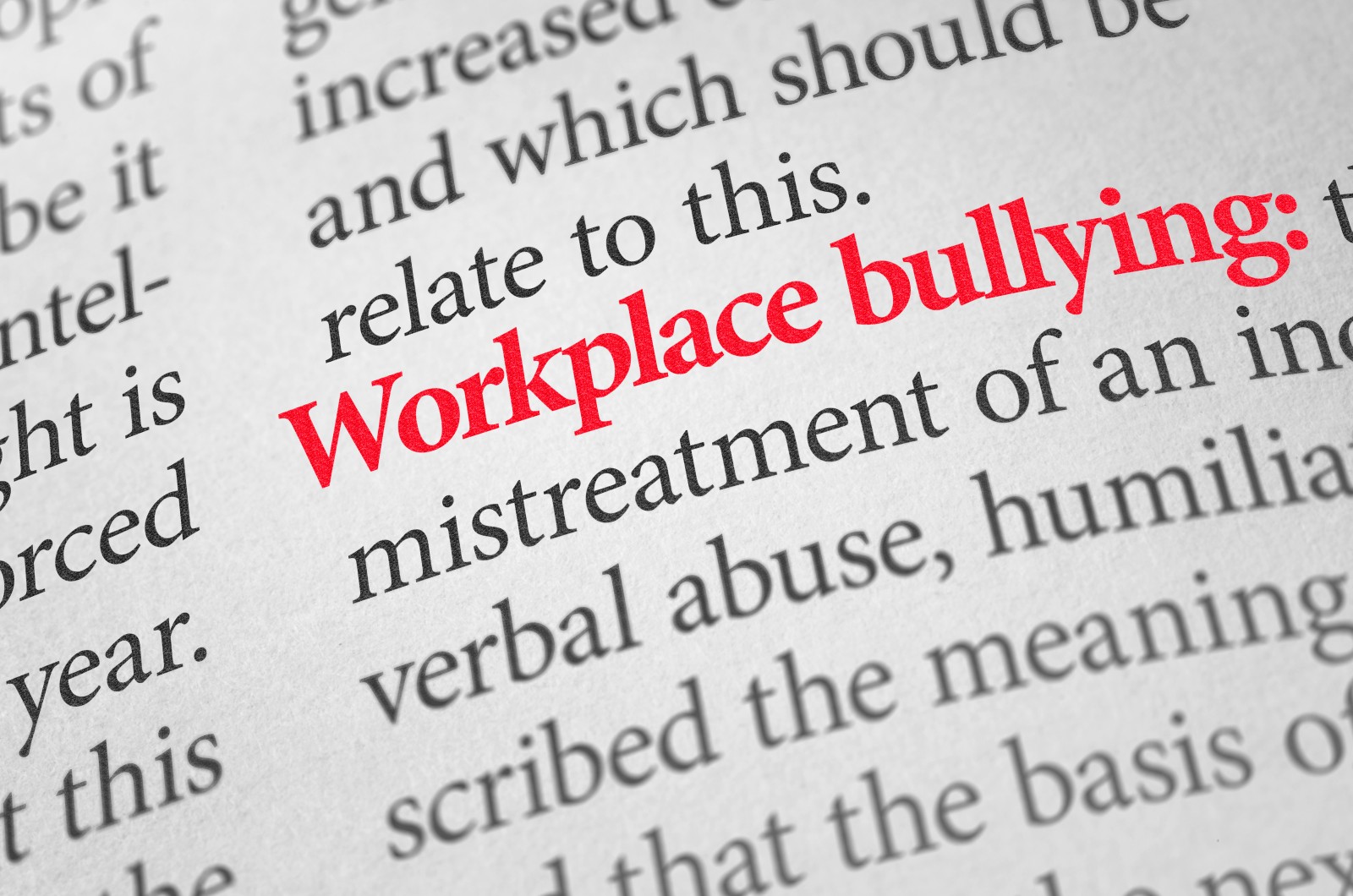 Definition of the term Workplace bullying in a dictionary.

Young women preparing for the business world tend to see teasing, isolation and other relationship-oriented actions as being acceptable behaviours in the workplace as compared to the view of their male counterparts, says a recently published Brock University study.

The study, “Workplace Bullying: The Perceptions of Canadian University Students”  aimed to determine differences in male and female undergraduate business school students in the way they viewed manifestations of workplace bullying.

“A common misconception is that workplace bullying is gender neutral; the reality is that it is not,” says study author and Goodman School of Business Assistant Professor Lisa Barrow. “Gender plays a significant role in the workplace bullying epidemic.”

And, both sexes accepted a range of hurtful behaviours that Barrow says is troubling.

“People assume that workplace bullying behaviours are unethical because they are harmful to others, however, not everyone sees these behaviours as unethical,” says Barrow.

Three hundred Brock undergraduate business school students completed an online survey that listed 14 statements of behaviours commonly associated with workplace bullying. Roughly half the participants were male and half female.

The range of behaviours included: sabotaging someone’s work; public humiliation; teasing; spreading gossip and rumours; isolating someone socially or through the physical set-up of the office; setting impossible deadlines; failing to give credit where it is due; removing responsibility; and setting someone up for failure.

Survey participants were asked to rate how acceptable these behaviours are on a five-point scale ranging from “strongly agree” to “strongly disagree.”

The study showed a significant difference in the way male and female students rated the acceptability of five out of the 14 behaviours: teasing; isolation; denial of opportunities; setting unreasonable deadlines; and assigning meaningless tasks.

It is important to encourage our young leaders to adopt pro-social behaviours early in their career rather than adopting behaviours that devalue and negatively affect others.

The study revealed that female students rated all five behaviours as being “morally acceptable.” There were no significant differences in the ratings of the remaining nine behaviours.

“It is critical for future business leaders to have a clear understanding of their perceptions of workplace bullying behaviours and how such perceptions may cause them to interact with others in a negative and harmful way,” says Barrow.

Barrow says that, because women are generally more relationship-oriented then men, their bullying behaviours tend to focus on isolating targeted persons and damaging their relationships with colleagues and superiors. From past research, she says, men tend to be more aggressive as they rely on tactics such as verbal threats, intimidation and public humiliation.

Barrow says, “It is important to encourage our young leaders to adopt pro-social behaviours early in their career rather than adopting behaviours that devalue and negatively affect others. This is especially important since young people who have no or limited experience in the workplace may not recognize the seriousness of certain actions.”

She notes that the topic surprises many of her students.

“Most young people assume that bullying disappears when they become adults,” says Barrow. “They don’t realize that bullying exists in the workplace and can have long lasting and devastating effects on targeted employees.”

“If we can raise awareness with future business leaders, hopefully, they will consciously choose to adopt behaviours that uphold the value and dignity of others and will decide that behaviours once thought to be morally acceptable are not.”