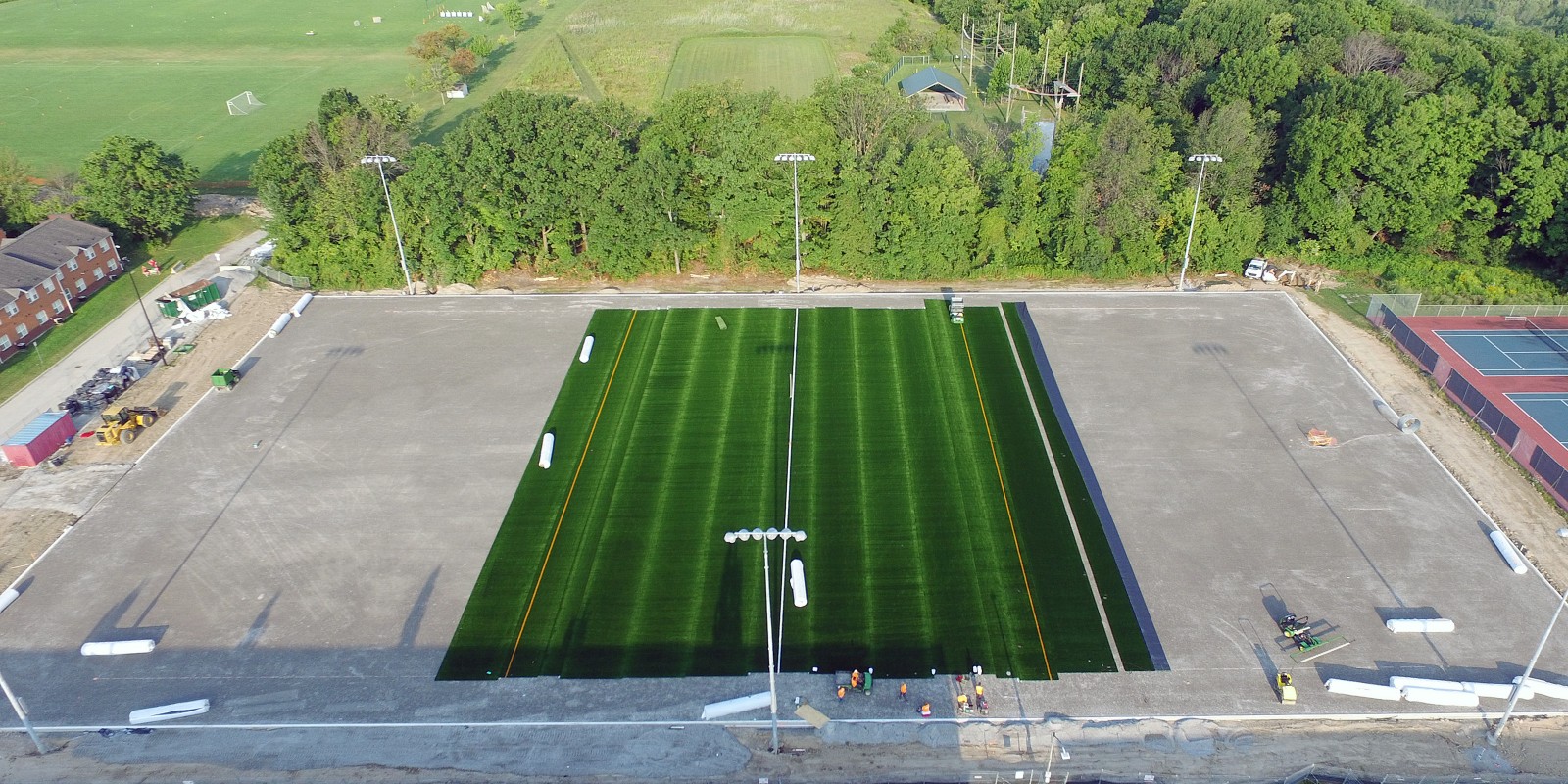 After weeks of moving dirt and laying down a thick foundation of gravel and drainage piping, the green turf field is now being installed.

Davan Group of Puslinch, ON won the contract to build the $1.5 million field, which is being funded through the Brock University Students’ Union and a donation from an anonymous Brock alumnus.

The field’s 70-foot-tall light standards were installed last week, and the first roll of turf was laid down Friday morning. After a rain storm delayed the work Friday afternoon, work continued through the weekend and now about one-third of the green turf is in place.

It will still take about two weeks to finish installing the field as the turf sections have to be carefully glued together and then lines have to be cut into them. Another big step will be the installation of a massive Brock Badgers logo at centre field.

The work will be completed in time for Brock’s Homecoming celebrations Sept. 18-20. The first varsity games expected to be played on the new turf will be Saturday, Sept. 19.

Click here to read more about the turf field project.