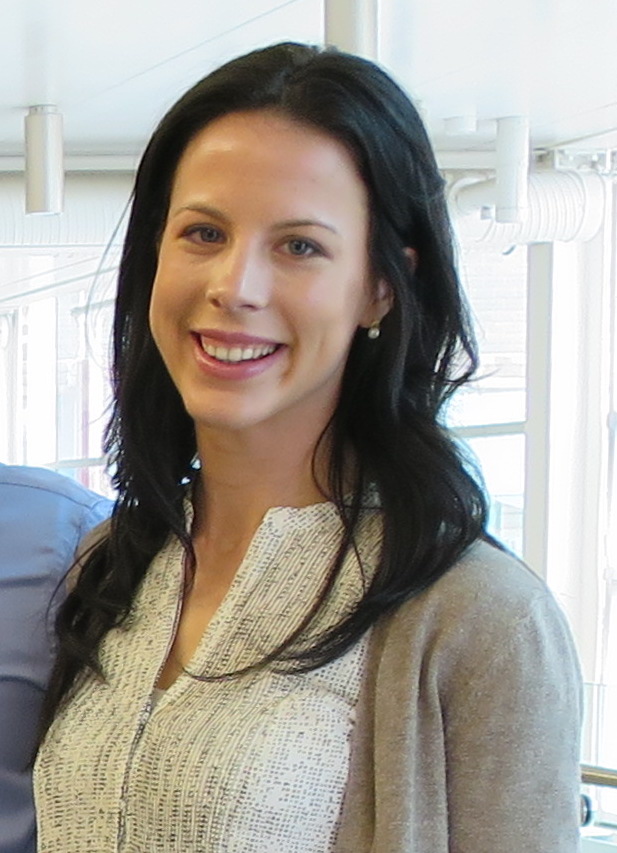 Emma Stares is a PhD student studying how to improve the safety of MRI imaging.

Anyone who uses a camera knows the importance of contrast quality – the definition of brights and darks – for a picture image.

Emma Stares, a PhD student in Chemistry and finalist in Brock’s 2015 Three Minute Thesis Contest, is working on improving contrast quality as it applies to MRI – magnetic resonance imaging – scans.

MRIs are used to take pictures of tissues and organs in the body to detect and diagnose major diseases such as cancer. Last year, more than 1.5 million MRI scans were performed in Canada.

Stares says most MRI scans involve the use of chemical compounds called contrast agents that are injected as part of the scan process to enhance the image by making “the bright parts brighter and dark parts darker.”

In Canada, eight contrast agents have been approved for use. However, Stares says there are growing safety concerns about the use of several of these agents over problems they may pose to kidneys in particular.

Stares is working on a design strategy to develop a new family of safer and even more effective MRI contrast agents.

Early measurements from this research are looking very promising, she says, both in terms of safety and effectiveness.

“Unfortunately, a third of us here in the room are likely to develop cancer and need an MRI at some point in our lifetime,” Stares said during her 3MT® presentation in the spring. “It’s our hope that one day these agents will be available on the Canadian health care market, allowing for safer, earlier detection and diagnosis so that diseases like cancer will be more survivable for that third of us in the room as well as for future generations.”

Stares is preparing for her PhD defence on Monday, Aug. 10.

Find out more about her research by watching her 3MT presentation from the 2015 Mapping the New Knowledges Graduate Student Research Conference.

Starting in December, Brock graduate students can register on the 3MT® website to participate in the 2016 3MT contest.