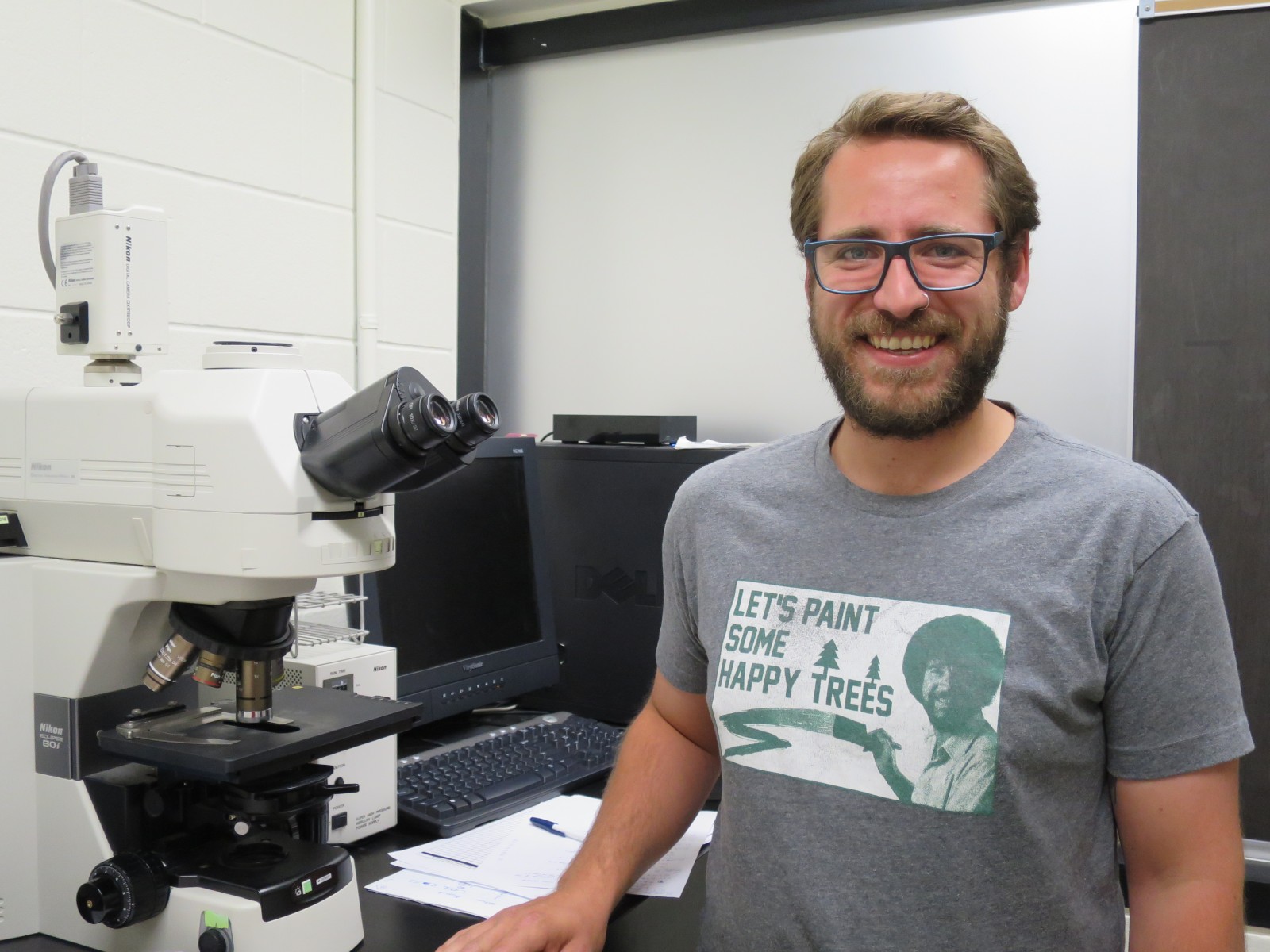 As a horticulturist, Jonathan Simone is familiar with the principle of grafting, in which you take a shoot from one plant and connect it to another to create new growth.

That’s what he’s done on a personal level to go from a career in the nursery and landscape business to doctoral studies in neuroscience and physiology in Brock’s Department of Biological Sciences.

The grafting seems to have taken quite well.

Simone, who is originally from Vaughan, is among six Brock graduate students to be awarded NSERC funding that was announced Monday by the federal government. In a very competitive funding environment, Simone has been recognized with a prestigious 2015 NSERC Canada Graduate Scholarship. The scholarship will provide him with $35,000 per year for the next three years to support his research.

Simone works under the supervision of Dr. Cheryl McCormick and is part of her research team focused on developmental, social and behavioural neuroendocrinology.

“Working in the retail nursery business, I gravitated towards an interest in the science behind how plants grow,” explains Simone. “I went back to school at Fanshawe College with hopes to one day take a plant science program, but while there I was introduced to neuroscience through a couple of courses. That led me to come to Brock in 2009 for an undergraduate degree in neuroscience. I moved into the master’s program and then rolled directly into my PhD studies, which is what I wanted to pursue from the get-go.”

Simone’s research will contribute to a growing understanding around the medicinal use of cannabis in the treatment of anxiety disorders.

His research is focused on how the endogenous cannabinoid system (the system in the brain through which cannabis exerts its effects) regulates emotional behaviours, such as fear and anxiety.

Simone hopes to come away with new information about how the system behaves, and how it contributes to anxiety. His secondary interest is to compare the system in males and females.

“While there is a lot of research under way in this area, there isn’t a strong focus on identifying the differences between males and females,” he says. “I think that I can make an important contribution in this respect given the greater prevalence of anxiety disorders in women than men.
“My research is fundamental in nature with the goal of understanding how the endocannabinoid system works so that others can take it forward with a more applied approach.

“It’s fascinating work. The deeper I dig, the more I realize we are just scratching the surface.”

Other Brock graduate students to receive 2015 NSERC funding are:

Kari Lustig, Psychology
“The role of sleep and hormones in processing emotional information”